IP waiver for Covid vaccines: Health equality for all

A US plan to waive IP protections for Covid-19 vaccines could see more of them being produced. But Germany, the EU Commission and leading pharma companies are up in arms and WTO will have to sort it out. 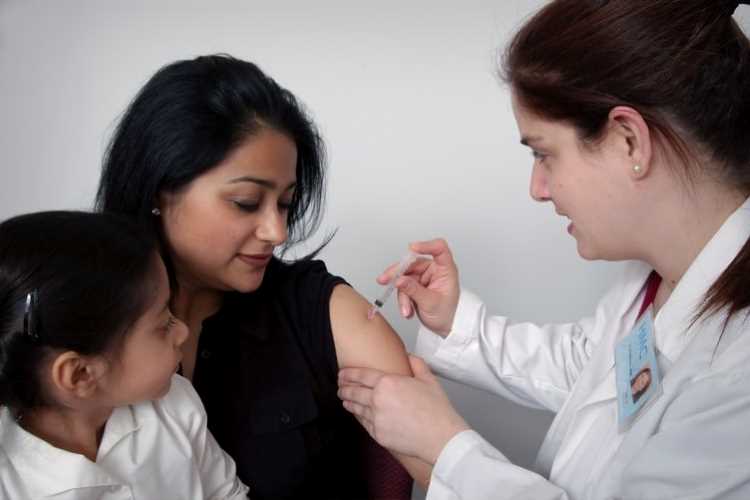 Extraordinary situations demand extraordinary decisions. In the face of the devastating pandemic, the US proposal to remove patent protection for Covid-19 vaccines has significant implications for vaccine production as a whole.

On May 5, 2021, US President Joe Biden mooted the idea of a temporary suspension of patent protection of Covid-19 vaccines. The new US government has projected an image of it being a messiah of health equality by taking the side of poorer countries and many international aid organisations. It wants pharmaceutical companies to temporarily waive proprietary intellectual protection of their corona vaccines. Resultantly, manufacturers all over the world could produce the vaccines without paying license fees to big pharma giants like Pfizer. Influential Democrats, including Vice-President Kamla Harris, have supported this idea of global health equity to end the crisis.

Biden’s move has been met with dismay by Germany, the EU Commission and leading pharmaceutical companies. Manufacturing countries have signalled their willingness for an open dialogue and discussion with WTO in the light of the radical change in the stand of the US government.

So far, the US and several other countries, along with vaccine manufacturers at WTO, had blocked a plan promoted by India and South Africa to enable greater vaccine production in developing countries by restricting the intellectual property rights only to giant pharmaceutical companies.

Unlike the EU, the US only exports small quantities of vaccines. This is why Biden’s move was seen as a diversionary move by the German government and other European countries. Chancellor Angela Merkel said that Germany was the main financier of the international Covax vaccine initiative for developing countries and the US hardly exported and their focus is on enhancement of production not expansion of free access to technology transfer.

Greens, Communists, leftists, and non-governmental organisations in Europe, on the other hand, called for patent protection to be completely lifted. According to them, Germany and the EU should join the US to lobby WTO for an exception with a common aim to end the pandemic.

For major pharmaceutical companies, free access to technology is the wrong answer to a wrong question, as it will create a complex situation in the innovation technology. The road ahead is not clear as there is no consensus among nations. Russia and France have supported the move, but others have opposed it. In a global pandemic, a vaccine must be a global common. An exception to the rule of patents is practically effective only if it is implemented with immediate effect and there is no time wasted on hollow reasons.

The right of compulsory license of the intellectual property was recognised for the protection of public health in the TRIPS agreement of 2001 so as to enable Third World countries to manufacture such medicines or vaccines for domestic use. In 2005, the scope of TRIPS was expanded to include production of such medicines/vaccines for the purpose of export to countries that lack their own production capacities.

It is highly likely that Canada, South Korea, Brazil, China, India, Russia, and South Africa could develop the capacity to expand the global supply of Covid-19 vaccines. But these countries are reluctant to issue compulsory licenses for fear of retaliation by the US government or other governments in whose countries patent holders are located. The proposed general release of intellectual property rights would remove every country’s fears of compulsory licensing, as well as other bureaucratic hurdles.

But such a waiver can be implemented only after approval by WTO, an administrative international body to regulate complex rules and regulations among nations, which has 164 member countries. A single “No” from any of the member countries would lead to absolute rejection of the proposal as the decision should be unanimous and is generally achieved through participatory debates and consensus. Years back, WTO had passed a similar temporary waiver in the export/import of HIV medicines.

The word patent is interchangeably used for the term “trade secrets” everywhere and in this context, protection of intellectual property rights. As of now, there exists no patent right over Covid-19 vaccines. There exists only the protection of intellectual property by way of protecting trade secrets, which includes formula, production protocol and database of clinical trials. These need to be submitted to the drug control authority of the country engaged in the manufacture of such vaccines, who, as per the data protection laws there, will protect it from third party or unauthorised use.

If the EU and other stakeholders of WTO agree with the US suggestion, amendments will be made in international agreements and the laws of such countries where vaccines were invented. A waiver of intellectual property rights should be carefully designed and targeted. It is advisable to have a conditional waiver instead of a general one so that patent holders continue to receive appropriate compensation for the successful use of their intellectual property in the light of their huge investment in R&D and innovation, considered the most important engine of a health industry.

Permanent innovation is the prerequisite for sustainable economic growth of any country. Each country should contribute royalty fee as per their requirement and capacity for the technology transfer along with know-how. Royalty can be given at various times as per the necessity and urgency. It is sensible that during the initial period, royalty be a nominal fee in order to contain the epidemic at its first stage. Later, it can be increased for other stages caused by variants and mutants of the virus. Manufacturers and researchers can do so in a manner of graded royalty.

The waiver should be limited to Covid-19 and not automatically be extended to other uses. It should be temporary and limited to five years or any limited period. If no motivational price is given to them as remuneration, the pharma giants may not be interested in R&D and innovation in future when another health crisis emerges. In times of crisis like this, the positive role played by pharmaceutical giants cannot be written off. Trade secrets can be given, if WTO agrees, but subject to concrete proposals on how each country will implement the herculean task of its production.

But some questions remain. Who will ensure the quality of such vaccines? Who will finance the entire production? Countries like India and Brazil may invest in the manufacturing units of established pharmaceutical concerns. Whether it will lead to monopolies who will later charge exorbitant fees for such vaccines is another question. Will the ordinary citizen, who is already suffering and infected, have to pay huge costs for it? Who will invest in the production of the same in poor countries?

Many African countries suffer from abject poverty. Amnesty International rightly pointed out that it is the duty of mankind to protect the entire humanity from the calamity and the need of hour is to protect each other by helping each other. Rich countries should come forward and protect the world.

Two significant points should be the focus of every government availability and affordability. If vaccines are not made freely available worldwide or at an affordable price, changing international rules is of no use. There has to be reasonable transparency in business transactions relating to the production of vaccines. Every change in the rule of Covid-19 management should be subject to an expert committee’s opinion in every country, just as the Supreme Court of India has correctly decided recently.

Let us wait for prudence to prevail in the world and achieve a consensus, which is the normal practice in WTO if the US and EU agree. Let Biden resolve it through debates and save mankind just as President Franklin Roosevelt did during World War II. EU and Germany have declared their readiness for an open discussion.

—The writer (known as Lily Thomas Junior) is an advocate practising in the Supreme Court. The co-author is Advocate Ekta Bharati

Did you find apk for android? You can find new Free Android Games and apps.
Share
Facebook
Twitter
Pinterest
WhatsApp
Previous articleIHBAS offers empty beds for Covid care centre, Delhi HC told
Next articleIf aid is meant for Delhi govt, then govt should have right to send it where it finds fit: Delhi HC