The Right to Shelter

In a laudable judgment, the Delhi High Court has recognised that the right to shelter has to be protected by courts, and pulled up the DDA for rendering people homeless with bulldozers in midnight demolitions 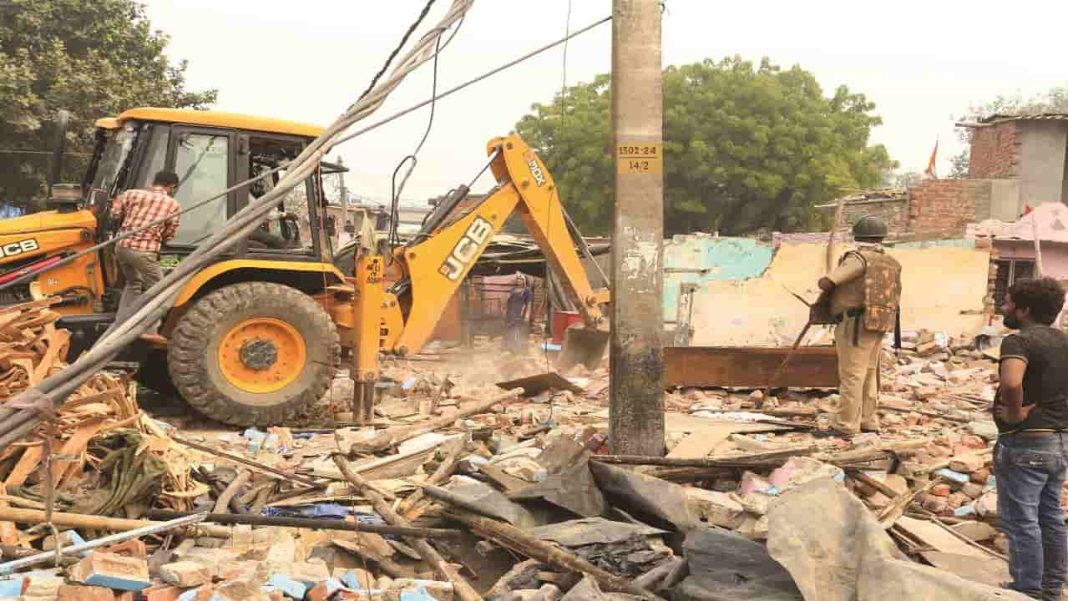 In a laudable judgment, the Delhi High Court has recognised that the right to shelter has to be protected by courts, and pulled up the DDA for rendering people homeless with bulldozers in midnight demolitions

Over the past few decades, there has been a paradigm shift in the understanding of slum dwellers and their rights. From being viewed as illegal occupants without any rights, they are now seen as people with rights and entitled to shelter by the government.
This view was recently acknowledged by the Delhi High Court which ruled that the Delhi Development Authority (DDA) cannot evict alleged encroachers from their residence with a bulldozer at their doorstep early in the morning or late in the evening without any notice, rendering them completely shelterless.

The Court of Justice Subramonium Prasad was dealing with a plea filed by a union comprising residents of Jhuggi Jhopri Bastis (JJ Bastis) and slums of Delhi’s Shakarpur district. They alleged demolition of several jhuggis in the district by DDA officials in June last year without any prior intimation. It was stated in the plea that the demolition lasted three days and many of the people whose jhuggis were demolished could not even collect their belongings.

It was contended in the petition that the slum in question had been in existence since 1980 and that the residents were mainly labourers, rag pickers, rickshaw pullers, auto drivers and domestic workers, all of whom were migrants from Bihar, Uttar Pradesh and Bengal.

Alleging that JJ Bastis in the area were entitled for rehabilitation and relocation in accordance with the Delhi Slum & JJ Rehabilitation and Relocation Policy, 2015, the plea sought suspension of further demolition activities. It also asked for maintaining the status quo at the demolished site until all residents were surveyed and rehabilitated as per the Delhi Urban Shelter Improvement Board (DUSIB) policy.

It further sought a direction to DUSIB to conduct a survey of the affected residents and rehabilitate them in accordance with the Delhi Slum & JJ Rehabilitation and Relocation Policy, 2015.

At the outset, the apex court, in a catena of judgments, including M/s Shantistar Builders vs Narayan Khimalal Totame (1990) and Chameli Singh vs State of UP (1996) recognised that the right to life is not a right to mere animal existence. Also, the right to housing or a reasonable residence is an indispensable necessity for fulfilling the constitutional goal in the matter of development of man and should be taken as included in “life” in Article 21.
Furthermore, in Ahmedabad Municipal Corporation vs Nawab Khan Gulab Khan, (1997), the Court noted that even poverty stricken persons on public land have a fundamental right to housing. The Court held that when slum dwellers have been at a place for some time, it is the duty of the government to make schemes for housing them.

The Delhi High Court recognised that the right to shelter is a right which has to be protected by courts, especially for those who will have no place to go with their family and belongings if faced with midnight demolitions. The Court in Sudama Singh & Ors vs Government of Delhi & Anr (2010) directed the state government to formulate a comprehensive protocol to ensure that persons who have encroached on government lands are not rendered shelterless and to chalk out a rehabilitation policy to rehabilitate them.

“It is not uncommon to find a jhuggi dweller, with the bulldozer at the door­step, desperately trying to save whatever precious little belongings and documents they have, which could perhaps testify to the fact that the jhuggi dweller resided at that place,” observed the Court in its decision in Sudama Singh.

“It cannot be expected that human beings in a jhuggi cluster will simply vanish if their homes are uprooted and their names effaced from government records. They are the citizens who help rest of the city to live a decent life they deserve protection and the respect of the rights to life and dignity which the Constitution guarantees them,” the Court added.

Additionally, the apex court in Gainda Ram vs Municipal Corporation of Delhi (2010), reiterated that the poor who come to the city for work must reside reasonably close to their place of work. It said that these basic legal requirements in dealing with jhuggi jhopri dwellers cannot be given a go-by the central government in relation to slums on land of the central government.

Following this, the Delhi Slum & JJ Rehabilitation and Relocation Policy, 2015, was formulated, laying down a framework following the decision in Sudama Singh which had to be followed by concerned authorities in case of eviction of slum dwellers. The DUSIB was made the nodal agency for rehabilitation of persons living in JJ clusters. Parameters were laid down as to who would be entitled to the benefit of the DUSIB Policy.

Later in 2019, the Delhi High Court in Ajay Maken vs Union of India (2019), held that slum dwellers whose houses had been demolished were entitled to adequate housing. Invoking the idea of the “Right to the City (RTTC)” to uphold the housing rights of slum dwellers, the Court held that RTTC was an extension and elaboration of the core elements of the right to shelter and helps understand the broad contours of that right.

“The RTTC acknowledges that those living in JJ clusters in jhuggis/slums continue to contribute to the social and economic life of a city. These could include those catering to the basic amenities of an urban population, and in the context of Delhi, it would include sanitation workers, garbage collectors, domestic help, rickshaw pullers, labourers and a wide range of service providers indispensable to a healthy urban life. Many of them travel long distances to reach the city to provide services, and many continue to live in deplorable conditions, suffering indignities just to make sure that the rest of the population is able to live a comfortable life. Prioritising the housing needs of such population should be imperative for a state committed to social welfare,” observed the Court in its 2019 judgment.

Relying on the decision in Sudama Singh and other cases, Justice Prasad, in the present case, noted: “The action of DDA in removing a person, whom they claim to be an encroacher, overnight from his residence, cannot be accepted. The DDA has to act in consultation with the DUSIB before embarking upon any such venture and persons cannot be evicted with a bulldozer at their door step early in the morning or late in the evening, without any notice, rendering them completely shelterless.” He added: “A reasonable period has to be given to such persons and temporary location has to be provided to them before embarking on any demolition activities.”

Justice Prasad disposed of the petition while directing the DDA to carry out further demolition only in consultation with the DUSIB. The DDA was further directed to give sufficient time to the dwellers to make alternate arrangements or, alternatively, steps should be taken to accommodate them in shelters provided by the DUSIB for three months so that they are able to find some alternate accommodation.