After a professor was forced to resign by St Xavier’s University over some private Instagram photos, she moved the Calcutta High Court for succour. Should the alleged hacking be punished? 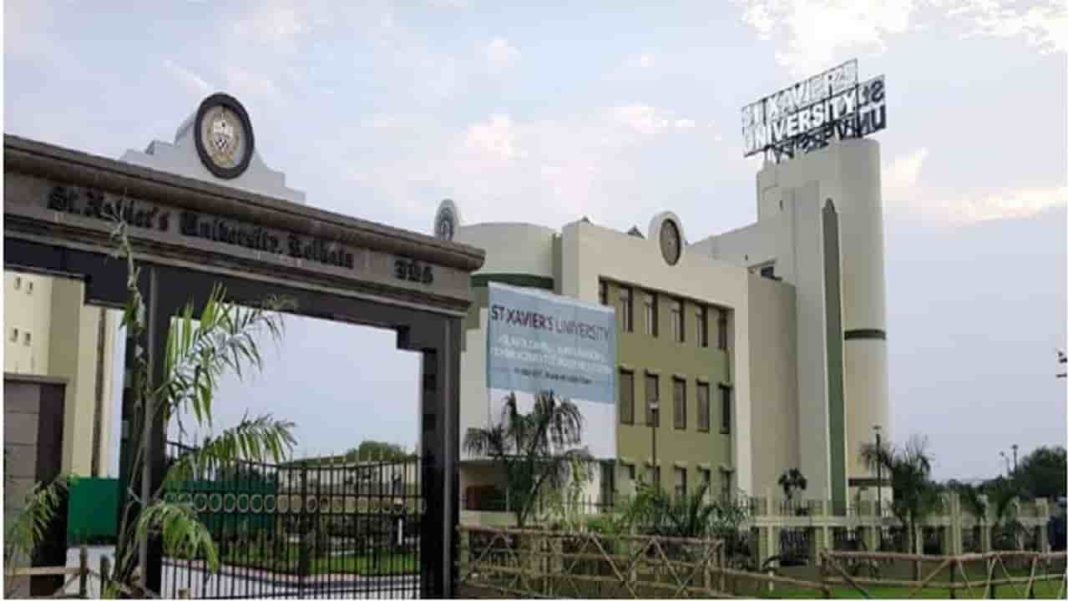 Over 18,000 people from different walks of life signed an online petition addressed to West Bengal Higher Education authorities seeking disciplinary action against St Xavier’s University vice-chancellor Felix Raj. He had allegedly forced an assistant professor to resign over her swimsuit pictures on Instagram in October 2021. Months after her resignation, the professor filed a case against the University authorities in the Calcutta High Court.

On August 12, students from the University wore black clothes and organised a silent protest to show their support for the teacher. Alumni and former teachers of the University slammed the authorities there on social media because the teacher was forced to resign after a complaint by a student’s parents over her photographs.

The former assistant professor has said that on October 7, a kangaroo court was held by registrar Ashis Mitra and the vice-chancellor, where she was taunted and bullied with objectionable insinuations and sexually-coloured remarks without any justification. Ever since the news of her “forced” resignation broke, it has garnered widespread condemnation on social media.

The professor further said that she joined the University as an assistant professor in English on August 9, 2021. On the morning of October 7, 2021, she received a call from the V-C’s office asking that she be present for a meeting with him at 4 pm that day.

She reached the University without knowing the reason for the summons, and waited to be called into the V-C’s office. At 4.30 pm, she was taken to a conference room where seven persons were present, of whom she knew only three: V-C Felix Raj, Registrar Ashis Mitra and her own departmental colleague and head of the gender cell of the University, Medha Bhadra Chowdhury. In addition, there were four other women. The assistant professor said that she later learnt that she was a member of an “emergency committee” formed by the University.

On October 24, 2021, according to a complaint lodged by the professor at Purba Jadavpur police station, after the meeting began, the VC told them that the University had received a written complaint from the father of a first year student saying his son was viewing photos of his professor on Instagram that were “objectionable” and “bordered on nudity”.

In the complaint letter, the father said: “Recently, I was appalled to find my son looking at some pictures of professor where she has posed in a sexually explicit way causing deliberate public exposure. To look at a teacher dressed in her undergarments uploading pictures on social media is utterly shameful for me as a parent since I have tried to shield my son from this kind of gross indecency and objectification of the female body. It is obscene, vulgar and improper for an 18-year-old student to see his professor dressed in scanty clothes exhibiting her body on a public platform.”

After the letter was read out, a piece of paper with thumbnails of some photographs printed on them was circulated in the room and the lady professor was asked to confirm whether they were her photos. She found these were indeed her photographs, although she was not told how they had been obtained or whether they were the pictures that the student was found looking at or which were found objectionable.

The lady professor stated that there were two pictures of her in a blue swimsuit taken in her room which she had posted them as an Instagram Story in June 2021, nearly two months before joining the University. There was no way those photos could be still accessible, she said, as an Instagram Story, by default, is live for only 24 hours. Moreover, her Instagram profile was “private” and not “public”. Only those whom she accepts as her followers could view her posts and pictures. Those two pictures could not have been viewed by the said student in October, 2021, she said.

She further stated that it was a mystery how the university accessed those pictures. “I felt so distressed and humiliated at that moment that I couldn’t bear to examine the rest of the pictures. I was in a meeting where my private pictures were being circulated among people unknown to me, without my consent,” she said.

According to the lady professor’s police complaint, the only way in which such Instagram Stories can be accessed by other parties is by hacking or if someone has taken screenshots of the pictures when they were posted and subsequently circulated them.

After seeing that no action was taken on the complaint she lodged at the Purba Jadavpur police station, she wrote to all senior officials of the Kolkata police, describing her ordeal in early November. No one responded to her letters. She then twice visited the cyber crime cell of Kolkata police. Initially, she was assured that the police would write to Instagram to find out how the photos were accessed and by whom. The second time, an officer point blank told her that she was responsible for what happened to those pictures since she had put them out in the world.

Ananya Chakraborty, West Bengal Commission for Protection of Child Rights’ chairperson and former professor of St Xavier’s College, in a letter to Felix Raj, which she shared on Facebook, stated: “I write to you in great pain and agony over the recent unfortunate turn of events in connection with the Instagram pictures of a young woman who was a faculty at the St Xavier’s University. St Xavier’s College is an esteemed institution which we all look up to and revere. And it pains me to see its name being dragged into an ugly controversy created by a university. To entertain and encourage students or their families to delve into regressive dialogues and question personal lives of faculties is not only a digression from the academic process, but it also brings down the revered space of an esteemed institution like St Xavier’s in people’s esteem.”

Obviously, one has not heard the last in this matter.

Did you find apk for android? You can find new Free Android Games and apps.
Share
Facebook
Twitter
Pinterest
WhatsApp
Previous articleThe Right to Shelter
Next articleAllahabad HC grants bail to man accused of not preventing damage to public property during CAA-NRC protests