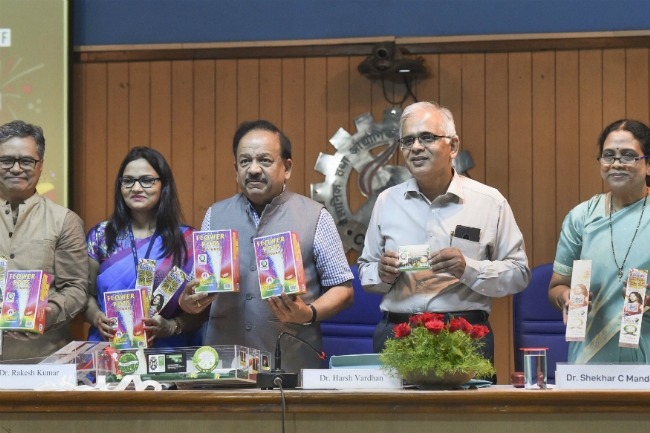 In accordance with a 2018 order of the apex court, the Delhi government has said it will allow the use, manufacture and sale of only green crackers this Diwali and formed squads to check on compliance.

The crackdown on pollution has begun on all fronts in Delhi. Its environment minister, Gopal Rai, has said that the state government, keeping in view that Diwali is approaching, had decided to allow only the use, manufacture and sale of “green crackers” in accordance with a 2018 order of the Supreme Court. Rai further said that the government would form 11 “anti-cracker squads” and “anti-cracker campaigns” from November 3, which would continue even after Diwali. The government also warned manufacturers and sellers of strict action if stocks other than green crackers were recovered.

It all began in 2017, when three children filed a writ petition in the Supreme Court seeking a countrywide ban on the manufacture, sale and possession of firecrackers. The petitioners, invoking the fundamental right to clear air under Article 21, cited the ill-effects of firecrackers on the environment and public health.

The apex court passed an interim order directing a temporary ban on sale of firecrackers during Diwali. Thereafter, an application was filed by traders seeking permission to allow them to sell crackers for at least a day or two before Diwali. The Court, however, dismissed the application and said that the temporary ban was instituted to observe the effect of firecrackers on pollution levels in Delhi.

In October 2018, a bench of the Supreme Court, comprising Justices AK Sikri and Ashok Bhushan, reviewing its earlier order, refused to impose a nationwide blanket ban on sale of firecrackers. The Court instead allowed only the use of green firecrackers which are within permitted decibel limits and emission norms.

Pursuant to the order of the Supreme Court, the Indian Council of Scientific and Industrial Research (CSIR) developed green firecrackers at the instance of the Union Science and Technology Minister Dr Harsh Vardhan. These green crackers were developed by the National Environmental and Engineering Research Institute, a CSIR lab. At first, the main focus was to reduce pollutants from the composition of firecrackers and commonly used polluting chemicals like aluminium, barium, potassium nitrate and carbon were either removed or sharply reduced to slow down emissions by 15 percent to 30 percent. However, it must be mentioned that these green crackers are more expensive and often don’t find takers.

Though the apex court has directed the sale and manufacture of green crackers as a measure to control the menace of air pollution in Delhi/NCR, a permanent solution to the problem of stubble burning is yet to be discovered, though various methods are being tried currently.

On October 28, the president promulgated an ordinance to deal with the problem of air pollution in Delhi. Accordingly an 18 member commission—Commission for Air Quality Management in National Capital Region and Adjoining Areas—was proposed to be set up, which will be headed by a chairperson appointed by the central government. The Commission will be empowered to pass directions to curb air pollution and impose fines on defaulters. Moreover, it will have exclusive jurisdiction to deal with such matters and its decision will be final.

Since 2010, the problem of air pollution in Delhi and NCR has been a cause for concern to the general public. However, it was only in 2015-16 that social activists, the media and common people became resolute in changing the air quality for the better. Indian cities started facing this problem from the 1990s despite the existence of legislation on pollution like the Air (Prevention and Control of Pollution) Act, 1981 and the Environment (Protection) Act, 1986.

In 1996, the Delhi High Court took suo motu notice on perusal of a report titled “Slow Murder” by the Centre for Science and Environment on air pollution in Delhi and directed the state to submit an action plan to control this problem. The case was later tagged with the famous MC Mehta case on air pollution. The Supreme Court thereafter directed the Ministry of Environment and Forest (MoEF) to devise an authority to advise and monitor the Court’s order on pollution.

In compliance with the order, the MoEF in January 1998 constituted the Environment Pollution (Prevention and Control) Authority (EPCA). In June 1998, EPCA submitted its report, and on the basis of it, the Supreme Court directed authorities to implement the action plan which included conversion of petrol/diesel vehicles to CNG.

Though the report of EPCA brought about a series of policy actions to curb the menace of air pollution in Delhi, there was an increase of about six million vehicles from 2004 to 2018, together with seasonal stubble burning in the adjoining states. As a result of this, the gains from the EPCA report were lost.

Thereafter, from 2010 to 2016, efforts were taken at the central and state levels to fight air pollution in Delhi/NCR. This included implementation of BSIV standards for vehicular technology and fuel, in Delhi and other cities. However, it was only in 2017 that the entire country implemented BSIV standards. In October 2016, Delhi witnessed one of its worst pollution episodes when the PM2.5 levels rose to 12.5 times the permissible limits. This gave a momentum to the realm of advocacy and litigation. The Delhi government also woke up from its slumber and introduced the odd-even plan to reduce vehicular pollution.

Following the 2016 smog episode, a Graded Response Action Plan was notified by MoEFCC as an emergency measure to reduce fresh emissions. Though measures have been taken time and again by EPCA and other committees, until and unless these measures are diligently implemented by governments, all efforts are bound to go in vain.

In October 2018, the National Green Tribunal, taking notice of the delay by states in formulating policies to control the rising health risk from air pollution, issued an ultimatum to them to prepare action plans within two months to bring the air quality within the prescribed limits.

Though time and again directives have been issued to governments to find an effective solution to air pollution, mere framing of rules will not be enough until these are implemented and the citizens abide by them.

Also Read: Yatin Oza case: There is a parliament, an executive and a judiciary- if you say everything is wrong, then there is anarchy, observes Court

While the right to clean air has been recognised as a fundamental one, the moot point is whether it can be exercised without every person attempting to reduce the air pollution.

Did you find apk for android? You can find new Free Android Games and apps.
Share
Facebook
Twitter
Pinterest
WhatsApp
Previous articleYatin Oza case: There is a parliament, an executive and a judiciary- if you say everything is wrong, then there is anarchy, observes Court
Next articleCalcutta High Court prohibits selling, bursting firecrackers during Kali Puja to protect air quality