The arrest of the 22-year-old climate change activist on charges of sedition has created global headlines and sparked protests. What exactly is this toolkit and what was her role in it? 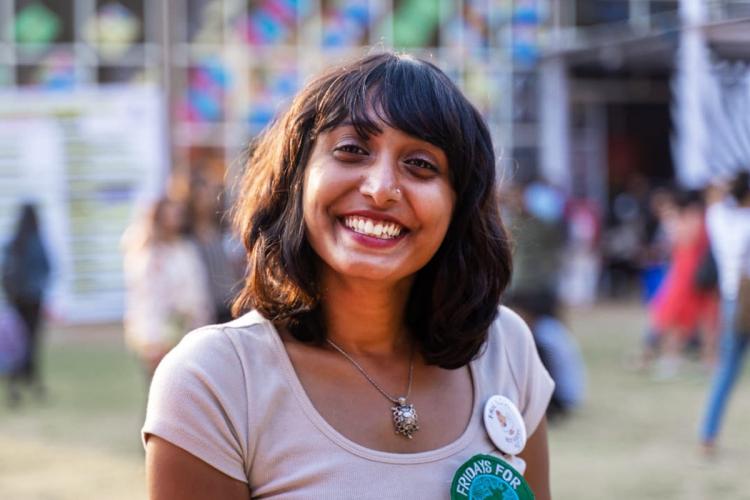 At a time when there should be serious discussions on farm laws and welfare measures, the Indian government is obsessed with an obscure “toolkit” and the arrest of a 22-year-old climate change activist. If television news and Delhi police are to be believed, this toolkit is responsible for everything from “stoking fires of Khalistan to the invasion of Red Fort to lowering the dignity of Indian state”. The farmers’ agitation which has claimed 200 lives is being scrubbed out of public memory.

In a well-configured strategy, the Delhi police latched on to the toolkit attached to Greta Thunberg’s tweet early this month and started investigations. It zeroed down on toolkit makers Disha Ravi of Bengaluru, Nikita Jacob, a Bombay-based lawyer, and Shantanu Muluk of Aurangabad. The connection: Fridays For Future, a global foundation started by Thunberg of which Ravi and others run the India chapter.

In hindsight, it was actually very easy to zero down on Ravi. Last year, she and her organisation Fridays for Future India were served notice under the UAPA and IT Act. They had been accused of running a terror outfit. The notice was withdrawn citing “inadvertent error” the same reason that the Supreme Court has given in the Rajdeep Sardesai contempt case. But it was clear that the organisation was on target and as soon as Thunberg’s tweet became a topic of conversation, there was immense room to expand on it and sweep the tales of farmers’ agitation under the media carpet.

Noted historian Ramachandra Guha, who has come out in support of fellow Bangalorean Ravi, has been very vocal. He sees the entire episode in the light of its effect on the urban educated middle class and the continuous effort to suppress it. It began with the arrest of Priya Pillai of Greenpeace and was later expanded to include “award Wapasi gang”, the Tukde Tukde gang of university students, the Shaheen Bagh traitors and now the climate change activists. The intention, according to Guha, is to suppress the educated middle class so much that the voice of dissent is lost as parents begin to become weary of their children working on the social media and demanding democracy and freedom and employment.

Also Read: What Will Jack Think

The legal end of the tale is well looked after too. In 2012, the then UPA government had amended the UAPA to include the definition of “economic security” and bring it within the purview of “terrorist activity”. Under Section 15 of the UAPA, anything which disrupts the “economic security” of India would be considered an offence and an act of terrorism. “Economic security” includes financial, monetary and fiscal stability, security of means of production and distribution, food security, livelihood security, energy security, ecological and environmental security.

This Section has now become a convenient tool to criminalise all opposition to the environmental clearances given by the government to big business, in the fossil fuel industry, for example. Climate activists who advocate for the reduction of carbon footsteps then become “terrorists” for jeopardising the economic security of India, while all that they are doing is opposing the policy of the government.

The charges against Ravi also reportedly include Sections 124A (sedition), 153A (promoting hatred amongst various communities on social/cultural/religious grounds) and 120B (criminal conspiracy) of the Indian Penal Code. She has also been accused of having Khalistani connections and plotting to “promote disaffection against the Indian state”. The manner of her arrest has also raised serious questions as the Delhi Police’s cyber cell landed in Bengaluru on February 13 and interrogated her and flew her down to Delhi where she was produced before the magistrate without a lawyer. The law, of course, says that the accused should be produced before the nearest magistrate and it has been put there quite deliberately so that the accused has a chance to defend herself against illegal arrest and the police have to explain their actions. In Ravi’s case, it should have been a magistrate in Bengaluru.

Ravi also moved the Delhi High Court against three news channels which had been reporting extensively on her WhatsApp chats with Thunberg and others. Her contention was that these were selectively leaked by the Delhi Police to deliberately muddy the public mind against her. The Court issued notices to the three channels but Solicitor General Tushar Mehta said that the leaks had not been made by the Delhi Police and he would even file an affidavit to this effect. It is a good legal move by Ravi and the Court’s directions eventually should also lay the foundation for media houses that pre-judge a case. It has happened too often and in too many important cases, including that of Sushant Singh Rajput where another 20 something girl was demonised consistently for being Rajput’s girlfriend. Careers and lives can be made or marred owing to this false and continuous narrative.

The Mumbai lawyer Jacob has obtained a three-week “transit bail” from the Bombay High Court. It is strange that a bail should be referred to as transit since it finds no mention in the CrPC. It perhaps simply means a stay on arrest for three weeks till Jacob is able to apply for regular bail in a Delhi court where the case is filed.

Meanwhile, there is another toolkit doing the rounds on social media. This one stars Union Home Minister Amit Shah in a closed door meeting of party workers in Uttar Pradesh explaining how the social media has to be used or misused for the benefit of the party. Rest assured it will never come up for scrutiny.