Drug abuse back in spotlight 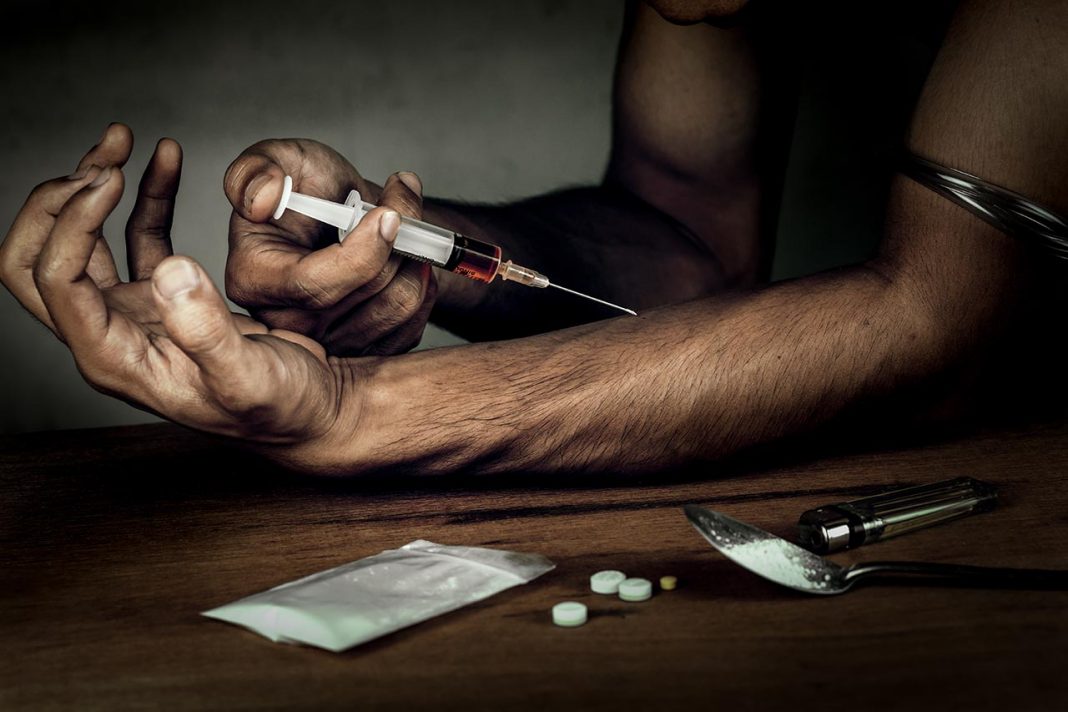 Celebrity arrests have put the spotlight on drug abuse. While various Acts have stringent provisions to tackle this menace, there are also attempts to depenalise consumption and offences involving small amounts.

Drugs are a big menace not only in India, but globally. Celebrity users have often brought this issue into the limelight. The latest to do so were actors Sushant Singh Rajput and Arjun Rampal and comedian Bharti Singh and her husband. The couple was arrested by the Narcotics Control Bureau following ganja being seized from their Mumbai home. Changing cultural values, increasing economic stress and dwindling bonds have led people to go astray and dabble in drugs.

According to a survey, two-fifths of addicts in India have come in conflict with the law. Around 2.6 crore people have used opioids and some 1.18 crore, sedatives and inhalants. Over 8.5 lakh have injected drugs into themselves and are addicted. Drug possession, overdose and abuse have become the most common of all crimes.

Prescription drug abuse is also growing in India. According to a UN report, drugs enter illicit markets through various channels and are diverted from India’s pharmacy industry and smuggled from Afghanistan. Mizoram, Punjab and Manipur are where people are most vulnerable to drug abuse. One reason could be their proximity to porous international borders and drug-trafficking zones such as the “Golden Triangle” (Myanmar, Thailand and Laos) and the “Golden Crescent” (Iran, Afghanistan and Pakistan).

Addiction to drugs begins with the excessive use of opium. Drugs such as cannabis or marijuana have been used since World War I and its use can even be traced to the Vedic period. In India, until 1985, cannabis was legally sold and commonly used for recreational purposes. As India became obligated to international treaties, it was forced to eliminate its use.

On November 14, 1985, the Narcotics Drugs and Psychotropic Substances (NDPS) Act was enacted, banning all narcotic drugs. This was amended in 1987. Under the Act, it is illicit for a person to produce or manufacture/cultivate, possess, sell, purchase, transport, store, and/or consume any narcotic drug or psychotropic substance.

Another Act was the Prevention of Illicit Trafficking in Narcotic Drugs and Psychotropic Substances Act (1985). One of the reasons behind the NDPS Act coming into force was the international Single Convention on Narcotic Drugs being drafted in 1961.

The NDPS Act lays down the procedure to be followed in case any search or seizure is to be done. It is a punitive statute and contains a regulatory framework which also paves the way for the supply of opium to registered users for medical purposes.

The NDPS Act went through its first change in 1989. Very harsh punishments were introduced a minimum imprisonment of 10 years, a bar on suspension, restriction on bail, trial by special court, forfeiture of property and mandatory death penalty in some cases of repeated offence. After these amendments, people caught with even a small amount of drugs had to go through long imprisonments and hefty fines unless they could prove that it was for personal use.

However, the amendment was criticised for its irregular sentencing policies and in 2001, another amendment was passed. The penal provisions were upgraded and penalties imposed based on the quantity of drugs seized (small, commercial and intermediate). This Act has been amended three times in 1989, 2001 and 2014.

The main features of the latest amendments are:

If one were to look at the history of drug trafficking in India, it started when Arab merchants arrived here and introduced opium, which was used as a medicine. Later, people started getting addicted to it. In 1912, the Hague International Opium Convention was held by Britain where a treaty was signed stating that wherever a territory is captured or ruled by Britishers, the use of opium would remain effectual. In 1930, the colonial government enacted the Dangerous Drugs Act, 1930, where opium could be seized, but legally used for medicinal purposes. In 1980, one saw Sikh militants engaged in drug trafficking. The Wagah Attari border between India and Pakistan was frequently used by miscreants to carry drugs across the border.

Post-Independence, all laws came under the Constitution and some obstacles were faced by the anti-drug laws on the grounds that they were against the freedom of trade and occupation of the cultivators. The cases, however, were ineffectual as the courts took the support of India’s international anti-drugs commitments to justify the restrictions.

Coming to punishments, the NDPS Act 1985 states that where the contravention involves commercial quantity, a rigorous punishment of ten years and a fine of Rs 1 lakh, which may be extended to 20 years and Rs 2 lakh, can be imposed. In respect of repeat offences, the Act provides for a minimum punishment of 15 years’ imprisonment extendable up to 30 years and a minimum fine of Rs 1.5 lakh. The Act relates to drug addicts also. It lays down imprisonment of one year, fine or both for illegal possession for personal consumption of any narcotic drug or psychotropic substance. The Act also empowers the court to release an addict for undergoing medical treatment from a hospital recognised by the government.

The prohibition became more stringent when courts and the legislature started taking the support of Article 47 of the Constitution to restrict the use of drugs. Article 47 states that the State shall endeavour to prohibit the use of drugs except for medicinal purposes. There are various types of punishment:

Under the NDPS Act, it is illegal for a person to produce/manufacture/cultivate, possess, sell, purchase, transport, store, and/or consume any narcotic drugs or psychotropic substance. However, different states have their own laws relating to consumption, possession, sale or purchase of weed or marijuana. In general, possession of these drugs is considered a criminal act.

For instance, in Odisha, weed is legal and people commonly use “chillums” to smoke it. Uttarakhand is the first state to allow commercial cultivation of hemp. As it is a rich crop that requires less amount of water, many other hilly states are considering allowing controlled production of hemp and marijuana. However, in Assam, the Assam Ganja and Bhang Prohibition Act, 1958, bans the sale, possession, purchase, and consumption of ganja and bhang. The Bombay Prohibition (BP) Act, 1949 (3) prohibits the manufacture, possession, and sale of such substances.

So what are the rights of a person arrested under the NDPS Act?

In addition, officers acting in the discharge of their duties in good faith under the Act are immune from suits, prosecution and other legal proceedings. Addicts charged with consumption of drugs or offences involving small quantities will be immune from prosecution under Section 64A of the Act if they volunteer for de-addiction. This immunity may be withdrawn if the addict does not undergo complete treatment.

The Act also allows supply of opium to addicts where it is a medical necessity. Opium addicts registered with state governments are supplied the drug by them. These are obtained from the Government Opium and Alkaloid Works at Ghazipur and Neemuch.

In addition, central or state governments can tender immunity to an offender in order to obtain his evidence in the case. This immunity is granted by the government and not by the court. Juvenile offenders (below 18) will be governed by the Juvenile Justice (Care and Protection of Children) Act, 2000.

Thus, there are clear cut rules and regulations regarding drug use in India.