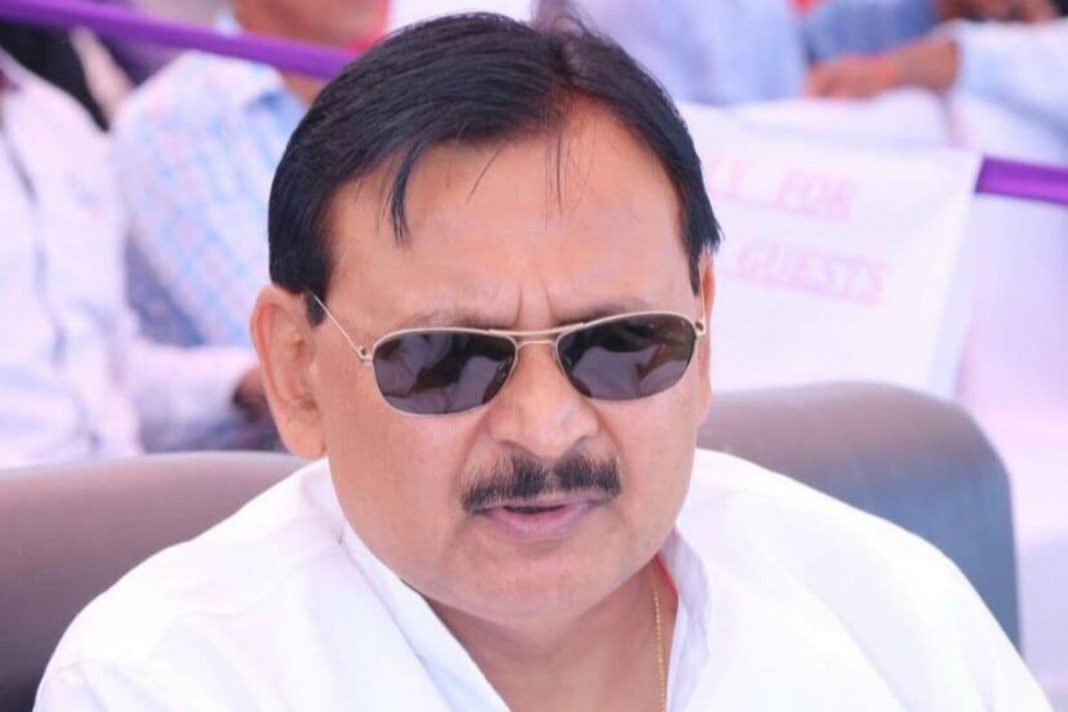 New Delhi (ILNS): BSP MLA Vinay Shankar Tiwari, who is also a director in Gangotri Enterprise Limited, has filed a writ petition before the Lucknow bench of the Allahabad High Court, challenging an FIR registered by the CBI in Delhi into the alleged bank loan scam which had caused thousands of crores of loss to a consortium of banks.

The FIR was registered in Delhi, but has, interestingly, been challenged before the Lucknow bench of the Allahabad High Court which seems to have no jurisdiction to entertain it. The matter should be filed in Delhi as per jurisdiction.

The accused named in the FIR are the firm Gangotri Enterprise Ltd, its managing director Ajeet Pandey, director Vinay Shankar Tiwari and his wife Reeta Tiwari and another firm, Royal Marketing Pvt Ltd.

The Court on November 17 issued notice to the respondent bank. On November 20, the counsel for the bank, Rajiv Mishra, made his appearance in the matter. The investigating officer Karan Singh Rana, Deputy Superintendent of Police CBI has also marked his attendance before the court. For the next two dates which falls on Nov 25 and December 3, the matter was adjourned and to be taken up on Dec 7.

Seven consortium banks led by Bank of India have lodged an FIR against and filed a complaint to CBI against M/s Gangotri Enterprises Ltd. and its directors.

The company has availed credit facilities of Rs 1,129.44 crore with modification and addition with consortium member banks from time to time.

The company’s debts were restructured under CDR mechanism (2013). Company was granted moratorium of two years for repayment of WCTL of Rs.123.40 crore. The repayment of installment was due from March 2015, but company could not meet its repayment obligations. In view of no significant improvement in stress debtors position and non-implementation of projects at stipulated time the account was classified as NPA by all the member banks.

At the JLF meeting of September 7, 2016 it was decided by the member banks present (six out of seven) to appoint a forensic auditor. Bank of India being the lead bank, it appointed forensic auditor M/s Ravi Rajan & Co, New Delhi on December 5, 2016 for conducting forensic audit of the account.

After the auditor carried out the forensic audit for the period covering 01.01.2013 to 31.12.2016, all banks except AXIS Bank declared the company as fraud. There are many irregularities in the finding of forensic auditor as well as bank’s findings such as diversion of funds, violation of statutory guidelines, breach of trust between the banker and the borrower, violation of audit standard, submission of forged / fabricated financial statements, not disclosing the segment wise result in the financials etc.

“M/s Gangotri Enterprises Ltd. and its promoters have mis-appropriated Banks fund by diverting to other purpose than for what it was sanctioned / disbursed in the guise of undertaking Civil Construction-Infrastructure Development work without having any genuine business transactions and defaulted in meeting its payment obligations towards the Bank by diverting and siphoning off the Banks funds. The borrowing Company and above named directors and guarantors with dishonest intention of causing wrongful loss to member banks and wrongful gains to themselves had fraudulently committed the acts of misappropriation, criminal breach of trust and cheating by diverting Banks funds for purposes other than for which the loans were availed by them and thereby defrauded banks.”

The accused (Vinay Shankar Tiwari) is a BSP MLA and related to Rajya Sabha Member Satish Chardra Mishra who is also a lawyer by profession and before the Lucknow bench the counsels for the CBI is ASG SB Pande, who is junior of Satish Chandra Mishra, BSP MP.

The Directorate of Enforcement is also going to start its investigation and register a case under the PMLA Act, looking into money laundering aspect of the crime.

The sources closed to intelligence agencies reveal on condition of anonymity that a hawala mastermind was involved in big transactions, which is under investigation and a report is likely to be submitted before home ministry within a week.