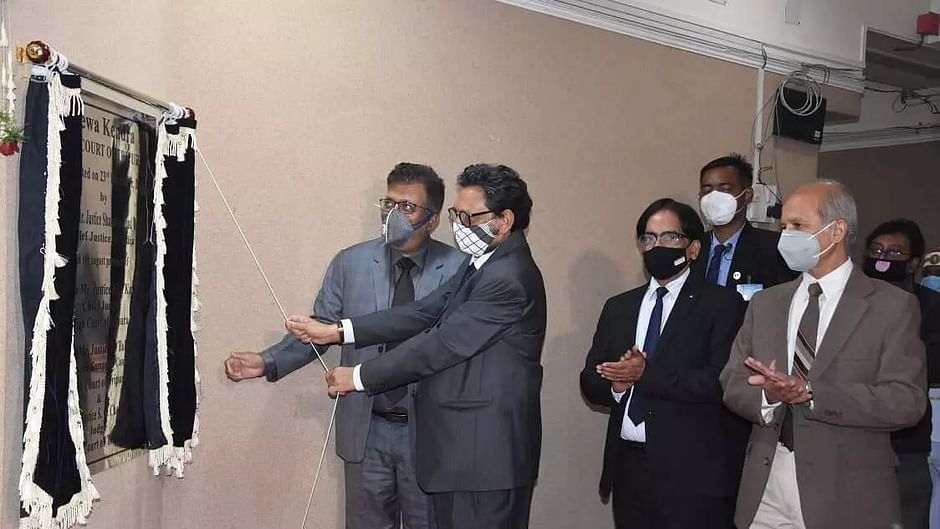 The centres are designed to provide litigants legal aid and are “one-stop assistance centres” which offer a gamut of services, especially for those deprived of technology.

“The hallmark of every great institution and judges is that they are keener on justice and not merely on law,” said Chief Justice of India SA Bobde recently while inaugurating an e-Sewa Kendra in the High Court of Tripura. CJI Bobde appealed to judges to be more attentive towards justice and said e-Sewa Kendras were designed to help litigants with all legal aid and assistance.

He said that while e-courts had made access to justice dependent on access to information and telecommunication technology, the e-Sewa Kendras sought to reduce and eliminate these problems. He quoted an old saying about legal aid in England: “Access to justice is like a rich hotel; it’s open to all.” He stated that it was the meaninglessness of such words which the e-Kendras sought to eliminate. Even though he was acutely conscious that if the judicial processes were done online, justice would become dependent on technology, he said it had to be done to avoid a complete shutdown of courts amid the pandemic.

The e-Committee of the Supreme Court, whose chairman is Justice DY Chandrachud, is the governing body charged with overseeing the e-courts project conceptualised under the “National Policy and Action Plan for Implementation of Information and Communication Technology (ICT) in the Indian Judiciary–2005”. This is a pan-India project monitored and funded by the Department of Justice, Ministry of Law and Justice, with a vision to transform the judicial system by ICT enablement of courts.

The e-Committee aims to provide efficient and time-bound citizen-centric services in accordance with the e-Courts Project Litigant’s Charter, and develop, instal and implement efficient justice delivery systems in courts. It seeks to enhance judicial productivity, both qualitatively and quantitatively, for making the justice delivery system accessible, cost-effective, reliable and transparent.

In an attempt to fulfil its aim of making justice accessible to citizens, the e-committee, as part of its citizen-centric services, introduced the e-Sewa Kendras. The Kendras are centres that have been created in High Courts and in one district court in each state on a pilot basis to enable litigants to obtain information with respect to case status and copies of judgments and orders. These centres therefore act as “one-stop assistance centres” for providing essential court related services, especially to those who otherwise remain deprived of them due to lack of technology.

The e-Sewa Kendras not only help litigants and lawyers in handling the inquiries about case status, the next date of hearing and other details, but facilitate online applications for certified copies. The centres facilitate the e-filing of petitions, right from the scanning of hard copies of the petitions, appending e-signatures, uploading them onto CIS and generation of a filing number.

These centres will handle queries about judges on leave, assist in applying and obtaining Aadhaar-based digital signature and publicise and assist in downloading the mobile app of e-courts for Android and iOS. They will explain the method of arranging and holding a video conference court hearing and provide soft copies of judicial orders and judgments. They will guide people on how to avail of free legal services from the District Legal Service Authority, High Court Legal Service Committee and Supreme Court Legal Service Committee and facilitate disposal of traffic challans in virtual courts and online compounding of these challans and other petty offences.

The Chief Justice of Orissa High Court, Justice Mohammad Rafiq, while inaugurating the e-Sewa Kendras recently in several district courts in the state said that the establishment of these Kendras in every district court complex would ensure that advocates and litigants are brought closer to the justice delivery system through the use of ICT.