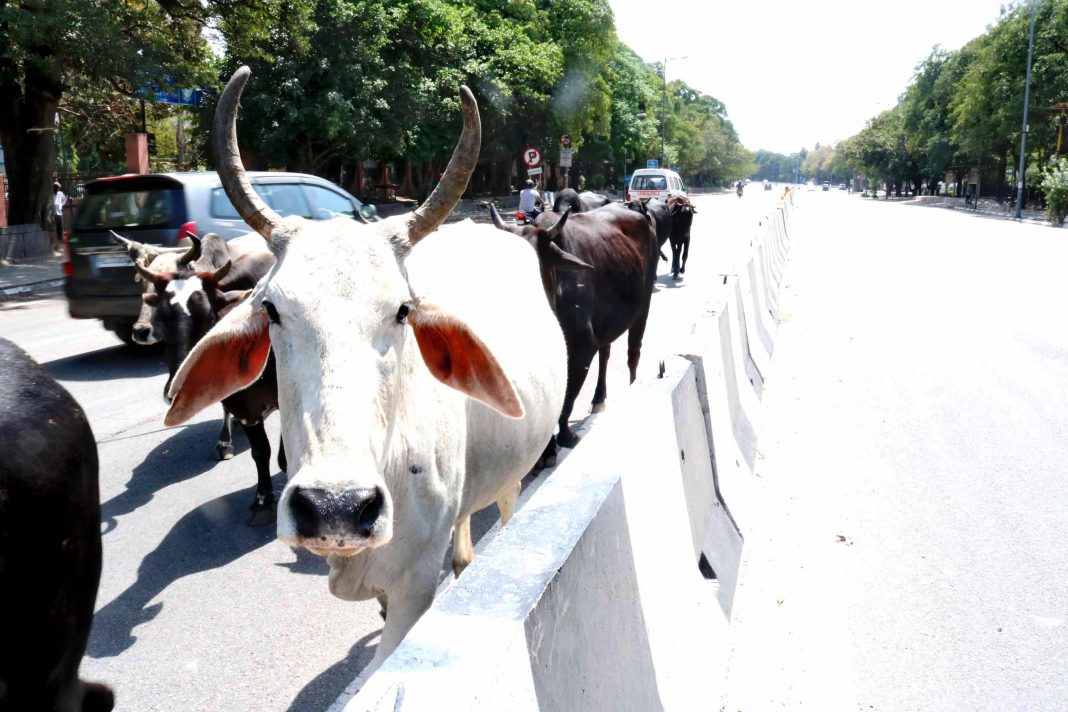 The Bill, a revised version of a 2010 one, has proposed a ban on all forms of cattle slaughter by recommending stringent punishment for violators. This has been the trend in most states.

Amidst uproar, the Karnataka Prevention of Slaughter and Preservation of Cattle Bill, 2020 was passed by the state assembly on December 9. Deputy Chief Minister CN Ashwath Narayan reportedly said that the Bill would provide protection to “gau rakshaks” (cow vigilantes) whose lives were at risk earlier.

The new Bill, however, is a revised version of the 2010 one passed by the BS Yediyurappa led BJP government which had proposed a ban on all forms of cattle slaughter by recommending stringent punishment for violators. However, that Bill was stalled in 2013 when the Congress government led by Siddaramaiah came to power and the governor refused to give assent to the Bill.

The Congress government then reverted to the Karnataka Prevention of Cow Slaughter and Preservation of Animals Act, 1964, which was less stringent and permitted cow slaughter with some restrictions. The 1964 Act permitted the slaughter of a bullock and a buffalo (male or female) if a competent authority certified it to be above 12 years, incapacitated for breeding or deemed sick. The Act, however, banned the killing of any cow or calf of a female buffalo. The new Bill was reintroduced after the BJP cow protection cell in the state wrote a letter to Yediyurappa requesting him to reintroduce the 2010 Bill in the state.

Further, Section 13 says that all offences under the said Act shall be cognisable, which means that the police officer as per the First Schedule or under any other law in force, can arrest the person without a warrant and start an investigation without the permission of the court. Section 16 provides protection to persons exercising powers under the Act and states that they shall be deemed to be public servants within the meaning of Section 21 of the Indian Penal Code, 1860. Section 17 further says that no suit, prosecution or other legal proceedings shall be instituted against the competent authority or any person exercising powers under the Act for anything done in good faith. Section 8 confers power of search and seizure on a police officer not below the rank of sub-inspector or a competent authority having reason to believe that an offence under the Act has been committed. Such seizures, if any, will have to be reported before the sub-divisional magistrate without unreasonable delay.

The anti-cow slaughter Bill has been drafted in such a manner that cow vigilantes will be granted protection under Section 17. Interpreting the “good faith” clause means that no suit, prosecution or legal proceedings will be initiated against the vigilantes if they can prove that they committed the act in such a manner.

With the change in regime at the centre, several states have brought in legislation on cow slaughter. With the exception of Kerala, West Bengal, Arunachal Pradesh, Mizoram, Meghalaya, Nagaland, Tripura and Sikkim, all other states have laws banning the slaughter of cows. While some have laws imposing a complete ban on the sale of beef, others permit just the sale of imported beef from other states.

States with stringent laws on cow slaughter have often reported high cases of lynching by cow vigilantes. According to a report of the New York based Human Rights Watch, 44 people in India have been killed by cow vigilantes within a span of three years. The report further revealed that these radical cow protection groups often received support from politicians and law enforcement agencies. What is surprising is though the states have come up with laws recognising slaughter of cows as the only form of abuse, they refuse to consider the abuse of cows for dairy products. Moreover, when the cows become unproductive, they are often abandoned and most die in road accidents.

Many petitions have been filed in the Supreme Court seeking a complete ban on cow slaughter and the Court has often been seen upholding the blanket ban on cow slaughter in many states. This can be seen in Hanif Quarashi & Others vs The State of Bihar and State Of Gujarat vs Mirzapur Moti Kureshi Kassab.

However, in Tehseen S Poonawalla vs Union Of India, a three-judge bench of the Supreme Court comprising then Chief Justice of India Dipak Misra, Justices AM Khanwilkar and DY Chandrachud looked into a petition filed by Tehseen Poonawalla and Tushar Gandhi. The petition sought guidance to the central and state governments to respond to the danger of cow vigilantism and lynching and observed: “The horrendous acts of mobocracy cannot be permitted to inundate the law of the land. Earnest action and concrete steps have to be taken to protect the citizens from the recurrent pattern of violence which cannot be allowed to become the new normal. The State cannot turn a deaf ear to the growing rumblings of its People, since its concern, to quote Woodrow Wilson, ‘must ring with the voices of the people’.”

The bench issued guidelines as remedial and punitive measures to prevent incidents of lynching and recommended to the legislature to create a separate offence for lynching and provide adequate punishment for the same.