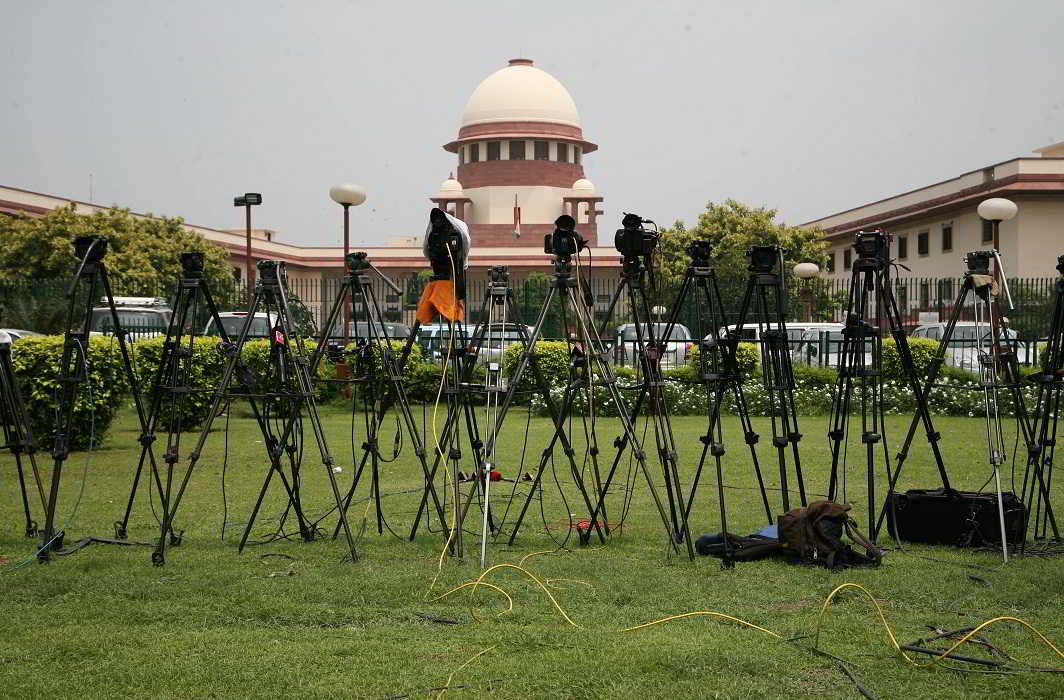 The Supreme Court on Friday granted liberty to petitioner Advocate Amrendra Kumar Singh to approach High Court on his plea seeking mechanism for regulation of content circulation on Twitter.

A three-judge bench headed by Chief Justice S.A. Bobde and Justices A.S. Bopanna and V. Ramasubramanian heard the plea filed seeking directions for framing of appropriate regulations towards operations and content circulation activities of Twitter Inc and Twitter Communications India. The plea was filed by Advocate Amrendra Kumar Singh through Advocate-On-Record Anand Mishra filed in the backdrop of the latest tweets having been shared on Twitter including the Tweets against the Supreme Court. During the hearing today, the petitioners were represented by Senior Advocate Dr Pradeep Rai.

While talking to India Legal, Advocate Anand Mishra said, “Any platform working on the mandate provided under Article 19 (1)(a) is duty-bound to work under the scope of restrictions under Article 19 (2) of the Constitution. Speech on a public platform is directed towards the public at large and cannot have better rights than available to newspapers.”

The petitioner, Advocate Amrendra Singh, told India Legal that new regulatory mechanisms are required to control digitised expressions so that they aren’t violative of the law of the country.

The plea sought directions for setting up of a regulatory and grievance redressal authority for content circulation on Twitter prescribing appropriate penalties in event of non-compliance or violation. It also sought interim directions to appoint a committee headed by a retired judge of the Supreme Court to regulate the affairs of Twitter.

According to the petitioner, Twitter projects itself as a microblogging system but has allowed persons to send and receive tweets that run campaigns unconcerned with the law of the land and by providing platforms for such activities, Twitter is evading its responsibility of managing and regulating its content.