In order to reduce corruption and help commercial vehicles, AITWA has started an online legal aid programme. Loss of productivity due to forced stoppages by authorities increases trip-cost by 40 percent. 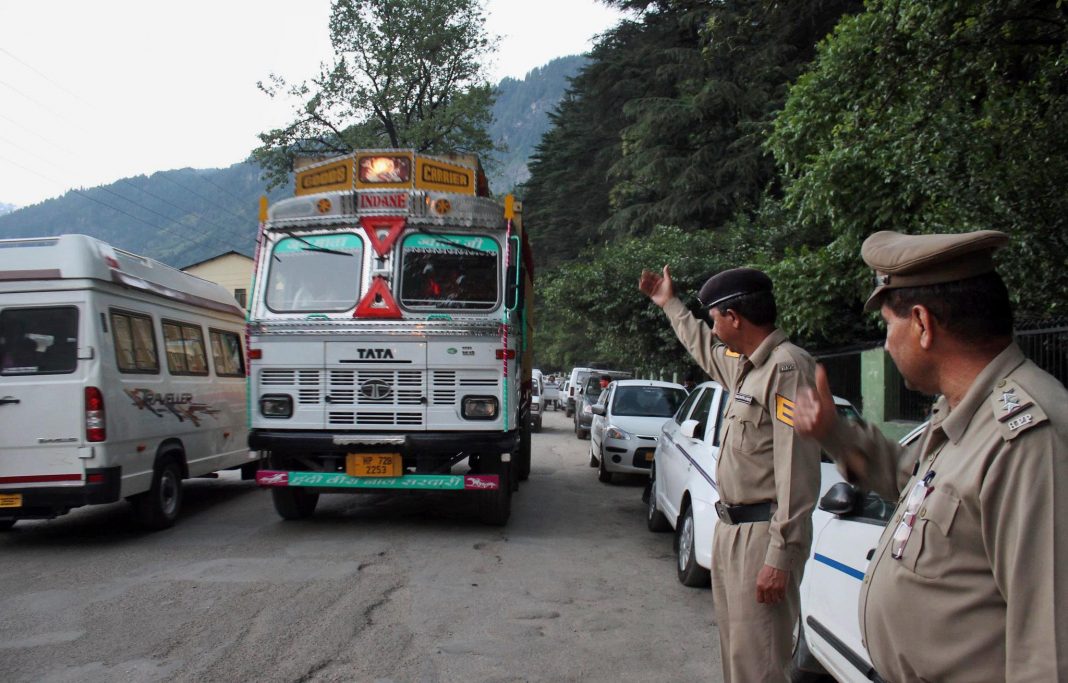 In a first in the country, the All India Transporters Welfare Association (AITWA) recently launched the first on-road legal assistance programme, “Lawyer on the Spot” (LotS). It has tied up with legal tech platform “Lawyered” for affiliation.

The programme will provide round the clock online legal help to commercial vehicles, urgent local legal representation and education on basic rights and procedures. To reduce the lag due to accidents, thefts and seizures of commercial vehicles by corrupt officials, AITWA stated this programme.

Mahendra Arya, president of AITWA, stated: “Incidents can happen to anyone, anywhere and at any time. However, it is imperative to understand that a majority of trucks get delayed due to forced stoppages or corrupt officials.” According to AITWA, any industrial automobile in trouble can make a call to the helpline and the drivers will be linked with authorities on the location of the incident, together with the police, Regional Transport Office (RTO) and taxation departments. The Association encourages transporters to put up a strong resistance against such practices. Through LotS, AITWA strives to fight corruption legally in the road transport sector.

Loss of productivity due to forced stoppages by authorities and external agents potentially increases trip-cost by 40 percent and makes the industry lose over $20 million annually. The sector, which accounts for 10-20 percent of the national budget, makes up a large share of the economy. Corruption in the transport sector impacts the economy. About 60 percent of forced road stoppages are exercised by authorities like the RTO, the police, forest and excise and the weighing and measuring departments. Corruption in transport projects can account for as much as 5-20 percent of transaction costs, according to the World Bank.

India’s anti-corruption laws are fairly rigid. However, there has been growing public disappointment over corruption and its costs to the economy. Citizens have demanded accountability from their elected representatives.

Additional measures are being taken to tackle corruption, not only in the public sector, but in the private sector as well. Authorities have become more aggressive in enforcing anti-corruption laws and targeted individuals and corporations alike. There have also been examples where the authorities have discovered financial defaulters who have escaped India to avoid prosecution.

AITWA was established in 2000 and registered under the Societies Registration Act, 1860, for the welfare of the road transport fraternity and to act as its delegate. It represents nearly 65 percent of the organised road transport business in India. It interacts with various other trade forums such as CII, FICCI, Assocham, etc., to formulate the best systems and policies for this sector. It has four zones and the national office is in Delhi.

Matters between transporters and the police reached such a crisis point that on August 25, 2021, Additional Chief Secretary, Home, UP, Awanish Kumar Awasthi, assured the Allahabad High Court that the police will not take arbitrary action in matters related to traders and the state government would soon issue a guideline in this matter. He said this after the High Court pointed out that it was regularly coming across cases where the police was arbitrarily registering FIRs under Section 420 (cheating) of the IPC against traders and businessmen in commercial matters.

The bench of Justices Surya Prakash Kesarwani and Piyush Agarwal was hearing a petition filed by one Vishal Gupta for quashing an FIR dated February 20, 2021, registered under Sections 420 and 188 IPC and Section 63 the Copyright Act under the police station in Nadi Gaon, district Jalaun.

He further sought directions to the respondents to not adopt any coercive measure against the petitioners. The petitioner was engaged in supply of goods in the market.

In April 2018, the road and transport ministry, headed by Nitin Gadkari, issued a notification that a special commercial license would no longer be required for driving taxis, three-wheelers, e-rickshaws and two-wheelers (food delivery) as the government has allowed commercial drivers in these categories to use their personal driving license. However, a commercial driving license will remain mandatory for driving heavy vehicles like truck and buses.

The intent of the move was to provide employment opportunities and remove corruption. Aspirants of commercial licenses had to wait for at least a year to acquire it. Gadkari has introduced several measures to improve road travel, which includes rapid expansion of roads and doing away with archaic laws. Development of this sector is of paramount importance and accounts for a significant part in the budget.

Since 2011, technology start-ups have given people access to online software that reduces or in some cases, eliminates the need to consult a lawyer. It also connects people with lawyers more efficiently through online marketplaces and lawyer-matching websites. The exponential growth in the volume of documents (mostly email) that must be reviewed for litigation cases has greatly accelerated the adoption of technology used in eDiscovery, with elements of machine language, artificial intelligence and cloud-based services being adopted by law firms.