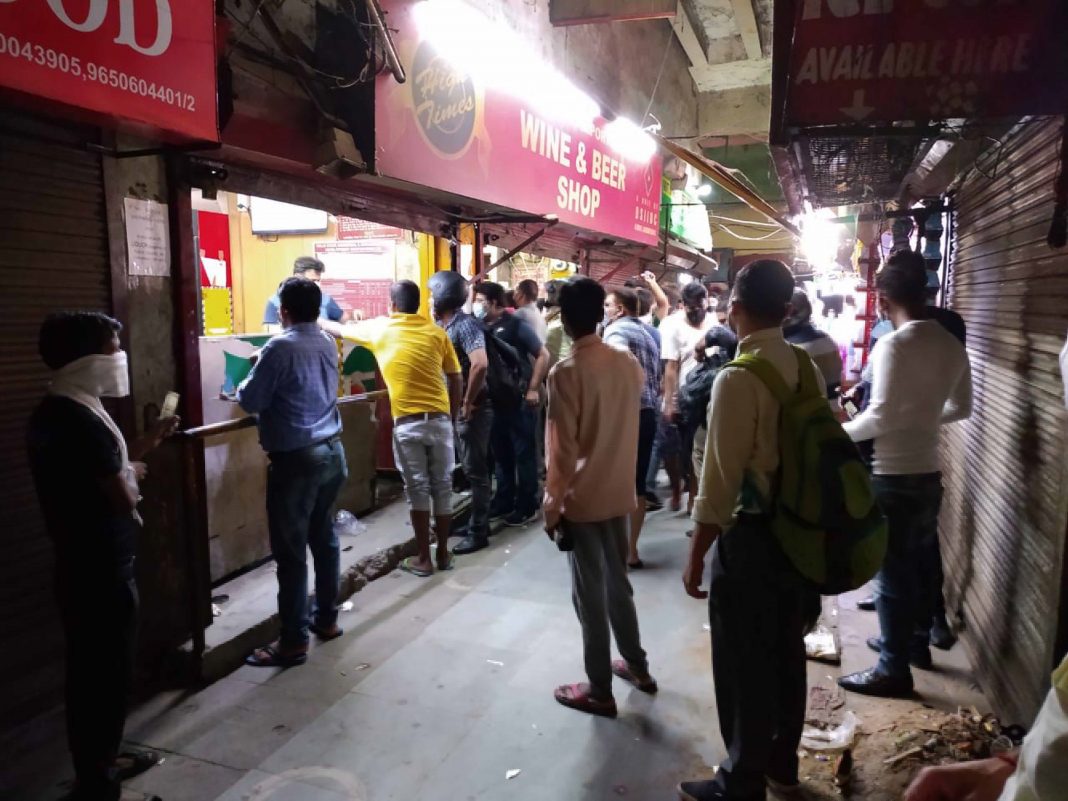 New laws to do with alcohol consumption being contemplated by the Delhi government reflect the reality of keeping the state coffers replenished.

Delhi government committee has recommended making 21 the permitted drinking age and reduction of the number of dry days to three in a year. The suggestions have reportedly been made in an attempt to earn more money from sale of liquor considering its revenue implications and also to stop malpractices like smuggling and tax evasion in Delhi.

According to Section 23 of the Delhi Excise Act, 2009, no person or licensed vendor or his employee or agent shall sell or deliver any liquor to any person apparently under the age of 25 years, whether for consumption by self or others. When the validity of this Section was challenged before the Delhi High Court, it had observed that the Section only prohibits a licensee to sell or deliver liquor to a person of less than 25 years of age and the prohibition has nothing to do with the age of drinking.

In September, Deputy Chief Minister of Delhi Manish Sisodia had constituted the committee under the chairmanship of the excise commissioner to suggest measures for augmenting state excise duty revenue and to recommend steps to transform the nature of the liquor trade commensurate with the changing stature of the capital.

The committee has drafted its report suggesting that the permitted drinking age may be fixed at 21 years and the number of dry days reduced to three on parity with Delhi’s neighbouring states like Uttar Pradesh and Haryana. It has recommended that three retail liquor vends each be set up in all 272 municipal wards of the capital to ensure that there is equitable access to liquor for all residents of Delhi.

The panel has suggested measures to help migrate the drinking population from hard liquor to soft liquor by rationalising the duty structure and reducing the different fees paid for beer, wine, etc. According to the report, the aim should be to give the customer enough incentives so they move to a higher value product while also ensuring better quality product to them and higher revenue to the government.

The committee has suggested that timings of bars in restaurants and clubs may be increased by two hours on parity with other metro cities and areas in NCR on payment of additional fees. Presently, the restaurants and clubs are only allowed to serve alcohol till 1 am. The report has suggested that the rationalisation of licence fee be based on the location instead of covers, as the licence fee in premium areas like Khan Market or Connaught Place is the same as that in comparatively lower rental areas like northeast and outer Delhi.

The sale of liquor has previously also been used by various states especially after the nationwide lockdown imposed in the wake of the Covid-19 pandemic hit their revenues majorly.

The Delhi government had back in August taken the decision to allow hotels and restaurants to serve liquor as part of dine-in services and in rooms, in consideration of its revenue implications. Sisodia had asked the excise department to issue necessary permission for serving of liquor in these places.

The Union home ministry had in May allowed the sale of liquor and paan in shops in the green and orange zones, but not in containment zones, malls and market complexes in all states. Directions were given to abide by the rules of social distancing, limiting the number of people in the store to five. The ministry’s move was followed by several states deciding to allow sale of liquor.

Kerala had taken a strategic decision to resume sale of liquor on May 28, 2020, levying a tax of 247 percent of the basic cost of liquor, as compared to 212 percent before the lockdown. Liquor sale was allowed through private bars, with a total of 1,168 retail sales points, up from 265 outlets of the Kerala State Beverages Corporation and 36 Consumer Federation sales points before the lockdown. Chief Minister Pinarayi Vijayan’s office in a statement had said that due to the lockdown, all major revenue sources had been affected and there was a huge fall in revenue and thus an attempt was being made to find a new source of income.

The ministry’s move and subsequent state governments’ decisions to allow liquor sale had evoked mixed reactions. Critics had called out the decision owing to the difficulty it would cause for officials to ensure social distancing. Their fear was totally justified as there were instances of large crowds gathering at liquor shops in various states, forcing them to shut down. In Delhi, videos went viral of people standing in kilometre long queues to buy liquor, completely defying social distancing rules and even forcing the Delhi police to shut a few shops. In Pune too, people flouted the guidelines and social distancing measures and gathered in large numbers before liquor shops even in red zones. While several places saw people thronging the shops even before they opened, there were also instances where they burst crackers before them. Such was the eagerness to get their liquor quota.

The home ministry’s decision proved to be a huge relief for states, especially those where proceeds from alcohol sale form a major part of revenue. It allowed the states to at least start systematising the liquor trade again. While some states decided to resume liquor sale immediately, states such as Kerala decided to delay it in the wake of the ongoing pandemic. The Delhi government permitted the sale of alcohol through liquor shops and even asked the excise department to provide it with the list of retail vendors of Indian liquor and country liquor in public sector shops that conformed to the criteria prescribed by the home ministry. Karnataka also decided to resume liquor sale, except in containment zones.

The sale and manufacture of liquor forms a major part of the revenue of several states and its resumption has benefited them as their finances were severely disrupted due to the lockdown. States not only levy excise duty on liquor sale and manufacture but also charge transport fees, special fees on imported foreign liquor, brand registration charges, etc. While Tamil Nadu imposes value added tax, Uttar Pradesh imposes a special duty on liquor, levies only excise duty on manufacture and sale of liquor and does not collect VAT separately.

As per a report by CRISIL, the five southern states of Telangana, Andhra Pradesh, Tamil Nadu, Karnataka and Kerala are responsible for around 45 percent of the liquor consumption in India and earn 10-15 percent of revenue from its sale, which is why they faced a financial crunch during the lockdown. According to an RBI report, state excise duty on alcohol accounts for around 10-15 percent of Own Tax Revenue of a majority of states and is, therefore, a large contributor. In 2019-2020, the 29 states and the UTs of Delhi and Puducherry had budgeted Rs 1.75 lakh crore from excise on liquor and collected around Rs 15,000 crore per month. Of course, Covid-19 severely impacted this.

The resumption of liquor sale was expected to help these states make good the losses. States also imposed additional excise duties on liquor sale to get more revenues. Delhi had imposed a 70 percent corona cess on the retail price of liquor. Maharashtra allowed home delivery of liquor but on the price of every bottle, 72 percent will go as excise and cess to the government. Karnataka and Tamil Nadu had also raised excise on alcohol to earn more revenue.

In some states, even doctors’ prescriptions were cited to resume sale of liquor. In March, incidents of suicide and people being hospitalised were reported in Kerala due to withdrawal symptoms as liquor sales were prohibited. The Kerala government even decided to supply liquor as per a doctor’s prescription.

However, the Indian Medical Association didn’t agree with this and said that scientific treatment should be given to those who had alcohol withdrawal symptoms and it is not acceptable to offer alcohol to them.

The Rajasthan government had increased excise duty imposed on liquor by 10 percentage points after being hit by huge revenue losses due to lockdown. The state’s finance department’s decision to amend its previous notification and increase the duty was aimed at collecting additional revenue from excise after its revenue was badly affected due to the lockdown imposed in the wake of the Covid-19 pandemic. The excise duty on Indian Made Foreign Liquor (IMFL) bottles having price below Rs 900 was increased to 35 percent instead of 25 percent and the duty was increased to 45 percent instead of 35 percent on IMFL bottles priced Rs 900 or above. The state also raised its basic licence fee for the sale of country liquor and Rajasthan Made Liquor (RML).