When MNS chief Raj Thackeray demanded that loudspeakers be removed from mosques in Maharashtra, few realised it would subsume other states. But it has, and the decibel levels are increasing. 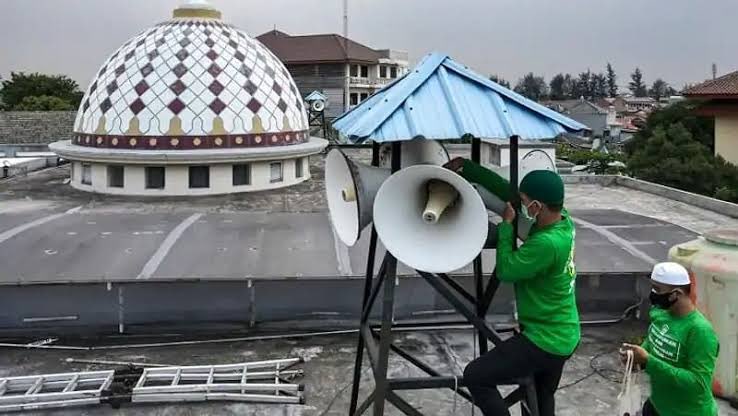 The din is just getting louder. The loudspeaker controversy that started from Maharashtra is now moving to other states. In many states, the government has issued guidelines regarding this. Following this, the administration at the local level has started implementing them.

From Maharashtra, the loudspeaker issue first reached Uttar Pradesh, where Chief Minister Yogi Adityanath has given many guidelines in the past and ordered the removal of “illegal” and “unauthorised” loudspeakers. The notification of the order this time was issued on April 23. Following this, the police swung into action and started removing illegal loudspeakers from religious places in various districts. The government has also ordered law enforcement officials to conduct a weekly review of the compliance with the rules at the district level.

According to the new guidelines, loudspeakers playing at a shrine should not go outside the premises. If the said order is violated, the authorities will have a right to remove the loudspeaker from the place of worship. After the order was issued, many Hindu and Muslim religious leaders agreed to reduce the volume of the loudspeakers. The decision to limit the use of loudspeakers for religious purposes by the state government comes as several states reported violence during Ram Navami and Hanuman Jayanti. So far, 53,942 loudspeakers have been removed in UP, while the sound of 60,295 loudspeakers has been reduced as per the standard. According to the DGP Headquarters, 16,682 loudspeakers were removed in Bareilly zone, 10,376 in Meerut zone, 6,966 in Lucknow zone and at least 1,681 from Kanpur zone.

According to the ADG, Law and Order, Prashant Kumar, this campaign is being run without any discrimination. Loudspeakers which have been removed were being played without permission. Also, loudspeakers which were installed without taking permission from the district administration or where more than the fixed number of loudspeakers were found, have been considered unauthorised. He said that the campaign is being run as per the orders of the High Court.

This row started after Maharashtra Navnirman Sena chief Raj Thackeray threatened to play the Hanuman Chalisa if loudspeakers were not removed from mosques in Maharashtra. He demanded this during a massive rally in Thane on April 12.

Meanwhile, Independent Lok Sabha MP from Amravati constituency Navneet Rana and her husband, independent MLA from Badnera constituency of Amravati, Ravi Rana, announced that they would chant the Hanuman Chalisa outside Uddhav Thackeray’s house “Matoshree”. They were arrested on April 23 from Khar under stringent sections of the IPC and have been lodged in different prisons.

Raj Thackeray has heaped praise on the Uttar Pradesh government for removing thousands of unauthorised loudspeakers from religious sites in the state without any discrimination.

It was on May 15, 2020, that the Allahabad High Court allowed reciting of azaan from mosques using just voices without using any amplifying device. It had directed the administration not to cause hindrance on the pretext of the guidelines to contain Covid-19 unless such guidelines were violated. The High Court also held that the azaan may be an essential and integral part of Islam, but its recitation through loudspeakers or other sound amplifying devices cannot be said to be an integral part of the religion, warranting protection of the fundamental right enshrined under Article 25 of the Constitution.

A letter was written by Afzal Ansari, MP of Ghazipur, with a prayer that the fundamental right to religion of the people in his constituency may be protected and the state administration be directed to permit recitation of azaan by only one person, muezzins from mosques in the district. He said that this did not violate any of the directives issued for controlling Covid-19.

The High Court had said that no religion prescribes that prayers are required to be performed through voice amplifiers or by beating drums. If there is such a practice, it should not adversely affect the rights of others, including that of not being disturbed. The High Court had cited a Supreme Court judgment which had ruled that the freedom to practice religion was subject to public order, morality and health.

The top court’s June 2005 order banned the use of loudspeakers and music systems in public between 10 pm and 6 am (except in cases of public emergencies), citing the serious effects of noise pollution on the health of residents who live in such areas. On October 28, 2005, a bench of Chief Justice RC Lahoti and Justice Ashok Bhan upheld the constitutional validity of a statutory rule allowing states to relax sound pollution norms, including the use of loudspeakers till midnight on festive and religious occasions.

In 2016, the Bombay High Court said that religious places could use loudspeakers only with prior permission, and authorities had to “apply their mind” before giving the go-ahead. The bench of Justice Abhay Oka and Justice AA Sayed said that Rule 5 (restrictions on the use of loudspeakers/public address system) of the Noise Pollution Rule was constitutional and the state had to follow it. The Rule says that a loudspeaker or public address system shall not be used except on obtaining written permission from the authority concerned. It also says that a loudspeaker or a public address system shall not be used at night (between 10 pm and 6 am) except indoors, i.e., in auditoriums, conference rooms, community halls and banquet halls.

In July 2019, the Punjab and Haryana High Court banned the use of loudspeakers in public places, including religious bodies. The division bench of Justices Rajiv Sharma and Harinder Singh Sidhu said that public address systems can only be used with prior permission, and the noise level should never exceed the permissible limit.

In January 2021, the High Court of Karnataka directed the state government to immediately issue directions to the police and the Karnataka State Pollution Control Board to initiate action on the use of amplifiers and loudspeakers in religious places in violation of laws on noise pollution and the directions issued by the apex court.