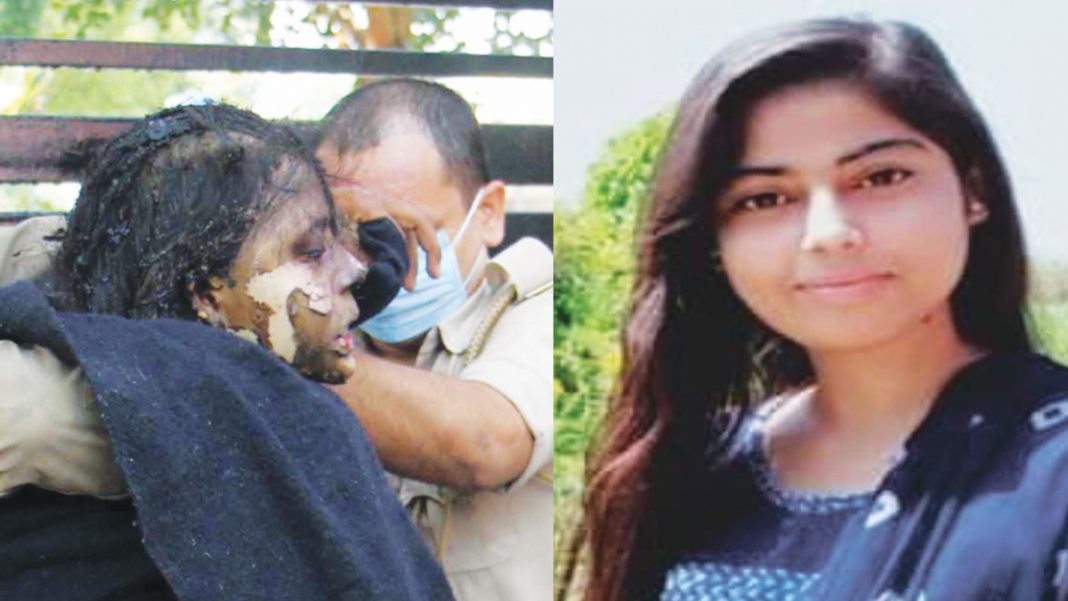 Tina Turner’s famous song could well illustrate the unsettling phenomenon taking place in UP, Haryana, MP and Karnataka where girls are allegedly lured by Muslim men. The states are now thinking of a law against it.

A day after Uttar Pradesh Chief Minister Yogi Adityanath announced that a law would be formulated against “love jihad,” his Haryana counterpart Manohar Lal Khattar too said his government was contemplating “legal provisions” against it.

Love jihad is a theory that aims to portray a Muslim boy as a jihadi who manipulates and brainwashes a girl from another religion in the name of love to convert her. And increasingly, BJP state governments are using this concept to register cases against Muslim men.

The idea of love jihad erupted recently when a young woman from Ballabhgarh, Haryana, Nikita Tomar, was shot dead by Tauseef Ahmed, a Muslim man, for refusing to marry him and convert. In the beginning of the case, the police refused to lodge an FIR against Tauseef and his friend Rehan, but once the news hit headlines, they did. “Justice for Nikita” campaigns ran on social media. The state government took immediate action and got the accused arrested.

During interrogation, Tauseef revealed that Nikita was not responding to his calls and texts, so he wanted to teach her a lesson. He and his friend got ready to kidnap Nikita just as he had allegedly done in 2018. He borrowed a gun from a relative who had a criminal background and shot her dead.

Another case of love jihad was that of Anjana Tiwari alias Aisha, who in October 2020 immolated herself in front of the UP Vidhan Sabha and died. As per the complaint letter to the DIG, she was married to Akhilesh Tiwari, a resident of Maharajganj, after which she got divorced. She used to work in a shop with her sister where she met one Asif. Asif raped her and later, to escape charges, convinced her to get married to him. He allegedly called a maulvi to get married to Anjana and the couple was living in a rented house in Maharajganj. Asif soon left to work in the Gulf and from there, kept pressurising her to convert to Islam. The woman’s complaint also stated that Asif’s family had rejected her. Asif also stopped sending money to Anjana and when she approached his family, she was rejected and harassed by them and asked to convert to Islam.

Following these events, UP Chief Minister Yogi Adityanath warned: “Your Ram Naam Satya journey will begin if you don’t mend ways.” After the statement, he clarified that he had warned mafias and criminals with this jibe, not those engaging in inter-religious marriage or alleged love jihad. “The Allahabad High Court said religious conversion is not necessary for marriage. The government will also work to curb love jihad. We will make a law. I warn those who conceal their identity and play with our sisters’ respect that if you don’t mend your ways, your ‘Ram Naam Satya’ journey will begin,” Adityanath said.

Meanwhile, Khattar too told mediapersons that the Ballabhgarh incident needs to be strongly condemned. “Both the centre and the state government are taking the love jihad issue very seriously and legal advice is being taken so that such incidents are not repeated. Legal provisions are being contemplated so that the guilty cannot escape and no innocent person is punished,” he said.

Anil Vij, a Haryana cabinet minister, said: “Attempts are being made by unscrupulous elements to force people to convert their religion through love jihad. In Nikita murder case too, the victim’s family had alleged that she was being forced to change her religion.” He added that discussions will be held with allies on this issue. “If a law is necessary to stop this love jihad, we will bring it.”

Karnataka CM BS Yediyurappa said: “We have seen many reports in newspapers and in the electronic media about conversions due to love jihad. I discussed this with officials. We are going to end this. The luring of young girls with the use of money or love is something we are taking seriously.”

In September 2019, the Supreme Court made an observation in the case of Anjali Jain who married a Muslim man in an Arya Samaj temple after he converted to Hinduism. The girl’s family alleged that his conversion was a sham and he had converted back to Islam after marriage. The Court said that while inter-faith marriages are good for society and need to be encouraged, the girl’s interests need to be protected as well. The Court asked the man to prove his bona fide on his conversion to Hinduism. The bench also asked him to prove his good intentions by filing an affidavit only in order to secure the girl’s future and safety.

There are two problems with the love jihad concept. Firstly, when a man establishes a relationship with a woman for conversion purposes, not only is it a breach of trust, but involves manipulation and psychological, emotional and spiritual abuse of the woman. Secondly, there are allegations that there are foreign funded Islamist organisations that support and promise money and other rewards to youth who lure non-Muslim women into marriage and conversion.

Several women who came forward with their experiences of love jihad talk of being deceived into a relationship/ marriage by a boy disguised under a Hindu name, who later reveals that he is a Muslim and forces her to convert. The pressurising tactics include threatening to make their intimate photographs and videos viral, isolating her from her family by snatching away her phone, force-feeding beef to her, his family members ganging up against her, beatings, throwing away puja material, threatening physical assault over the usage of Hindu symbols, etc.

The clash of civilisations is indeed alive and kicking in India.