The state became the third in India to bring in a bill to punish those damaging private or public property during riots, hartals and protests. After becoming a law, tribunals will be set up in this regard. 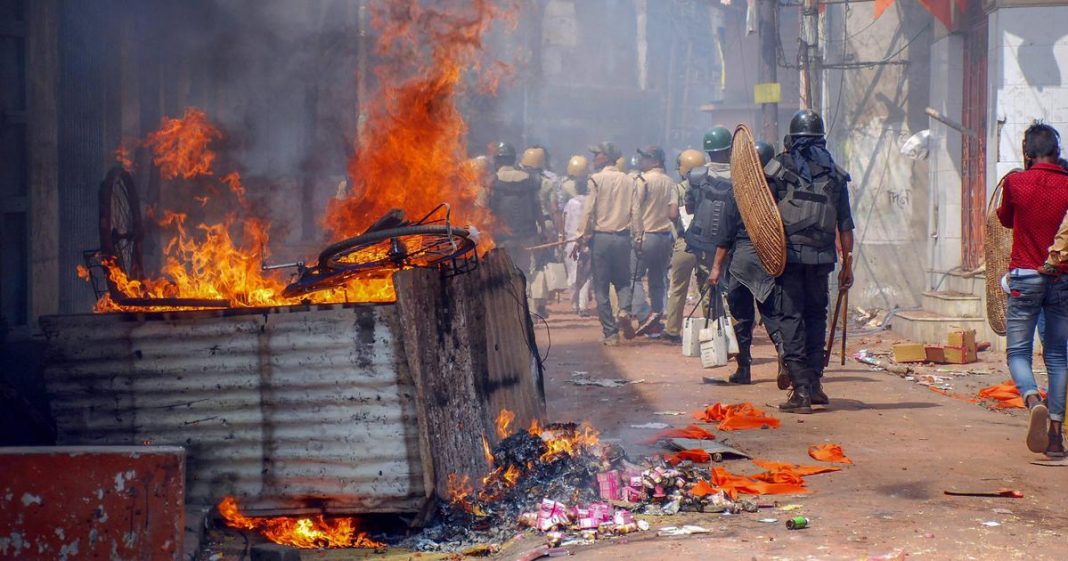 On November 3, Madhya Pradesh home minister Narottam Mishra said that the state government was going to bring in a law to recover up to twice the cost of damages caused to public and private property by an individual or a group during communal riots, protests and rallies.

According to Mishra, the Bill titled, Madhya Pradesh Public and Private Property Damage Resolution and Recovery Bill, 2021, is aimed at preventing violent protests. Once the Bill becomes law, the government can use it to constitute claims tribunals across the state. These will have the power of civil courts under the Code of Civil Procedure (CPC) 1908.

Each tribunal will reportedly have retired district judges, DGs, IGs and secretaries. The responsibility to furnish information about damage to public property will lie with district collectors. In the case of private property, the owner will have the same power. Cases in the tribunal will be resolved within three months and the order will only be challenged in the High Court.

The tribunals will have the power to recover damages and levy an interest on the offender if the recovery is not made within 15 days from the date of order. If the recovery is not paid, the property of the accused can be auctioned. There will be a claims commissioner at the district level who will visit the spot and report the loss to the tribunal. The tribunal can also instruct the district collector to begin the recovery process if the damages are not paid within 15 days. It will also be empowered to compensate a person for money spent in fighting the case.

While individuals can directly move the tribunal, in the case of a government department, the concerned district collector should approach the tribunal with the grievances. Individuals or government departments that have incurred losses could approach the tribunal within 30 days of the incident. The tribunal will then issue a certificate to the district collector to recover the compensation amount from the offender and the latter will implement the recovery under the Revenue Recovery Act, 1980.

The Bill is likely to be tabled in the assembly in the winter session starting November-end. Madhya Pradesh will then become the third state to introduce such a legislation after two other BJP-ruled states—UP and Haryana.

The Uttar Pradesh Recovery of Damages to Public and Private Property Act, 2020, was promulgated by governor Anandiben Patel on March 15, 2020. It was passed by the UP assembly on August 22, 2020. The Act aims at “recovery of damage to public or private property during hartals, bandhs, riots, protests”, through claim tribunals with no judicial review by any other court.

In 2007, the Supreme Court took note of various instances where there was large-scale destruction of public and private properties in the name of agitations, bandhs and hartals. The Court then appointed two committees headed by Justice KT Thomas and Senior Advocate Fali Nariman to suggest guidelines to be followed in such cases.

In 2009, the Court issued guidelines based on these recommendations. It recommended that:

(i) High Courts may set up a machinery to investigate the damage caused and award compensation wherever mass destruction of property takes place due to protests;

(ii) the rioters be made strictly liable to pay compensation for any damage caused to property once the nexus between the accused person and the incident is established;

(iii) a claims commission headed by a retired judge may be appointed to estimate the damage and investigate liability.

In Koshy Jacob vs Union Of India, 2017, the apex court reiterated that the law needed to be updated. In March 2020, following the Supreme Court’s guidelines, district authorities of Lucknow put up banners displaying the names, photographs and addresses of those accused of damaging property during protests in the city. The Allahabad High Court took suo motu cognizance of this display and held that the state was not legally permitted to place banners with personal data of the accused. The Court directed the administration to remove them. An appeal was then made to the Supreme Court, which refused to grant a stay on the order.

Following the CAA protests in UP, the state government has been finding ways to clamp down on the protesters and recover damages to public property. The Act has been challenged in the Allahabad High Court.

In Haryana, the Haryana Recovery of Damages to Property During Disturbance of Public Order Bill, 2021, was passed by the assembly on March 18, giving powers to the police and executive to recover damages to property from protesters. The Bill also includes the amounts spent in using additional police or paramilitary force to maintain peace during disturbance to public order.

The Composition of Claim Tribunal may violate a 2019 Supreme Court judgment which had struck down the Finance Act of 2017 which altered the appointments to 19 key judicial tribunals for not being in conformity with the principles delineated by the Court. The Constitution, under Article 213, vests with the governor the power to promulgate ordinances during recess of the state legislature. Such ordinances are to have the force of law until the legislature is back in session, after which, they have to be presented before the legislature for approval.

The Karnataka government last year said that it had decided to approach the High Court for appointment of a Claim Commissioner for the purpose of assessment of damages caused to private and public property during violence in Bengaluru and recover the costs from the culprits.

India has no central legislation governing recovery of damages. At present, action against rioters is limited to the Prevention of Damage to Public Property Act, 1984, which provides for punishment to any person who damages public property with a term of imprisonment for five years and a fine or both.

Under CPC, 1908, the property of a defendant can only be attached if he does not comply with the court’s order against him and the other party files a petition against him to enforce the order. CrPC, 1973, allows for attachment and confiscation of properties of persons who evade a warrant issued against them. Under it, the attached properties may be returned if the absconder appears within two years.

India’s history of public protests derives its legitimacy from Mahatma Gandhi’s path of civil disobedience and non-violent protests. This intensified over the years and the acceptance of bandhs and hartals became part of people’s lives in many parts of the country. Agitations and disruptions are steeped in our culture. Every organiser of a protest must make a clear declaration ensuring his followers do not damage public property.