Pfizer’s indemnity waiver: Asking too much for too little

The company has given conditions to the centre for supply of its vaccine, including not undertaking bridging trials and waiver of indemnity. But experts warn against removing all regulatory oversight. 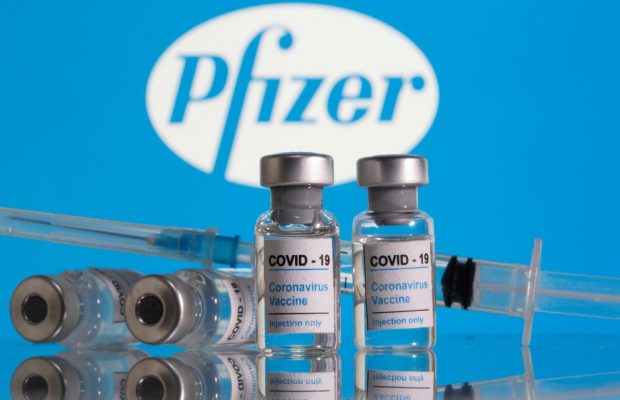 In view of India’s approval for its Covid-19 vaccine, US-based Pfizer has told the central government that its jab has shown “high effectiveness” against the SARS-CoV-2 variant prevalent in India. It also said that it is suitable for everyone aged 12 years or above and can be stored for a month at 2-8 degrees.

Pfizer is ready to offer five crore doses to India between July and October this year and has sought certain relaxations, including indemnification. Recently, its officials held a series of meetings with government authorities, during which they emphasised points regarding efficacy trials and approvals for its vaccine in various countries and by WHO. Both agreed to jointly work on three key issues to accelerate approval for the company’s vaccine in India—procurement through a central government pathway, indemnity and liability and regulatory requirement for post-appro­val bridging studies.

K Sujatha Rao, former health secretary, told India Legal: “Indemnity implies the company is legally accountable for the quality of the product it is supplying. Giving it a waiver would then imply the company has, barring reputational risk, no obligation to ensure quality. It is for this reason that in HINI in 2010 our negotiations fell through with Pfizer.

“In the current case, Pfizer also seems to not agree to undertake any bridging trials, nor transfer technology, nor allow batch testing. That really means a virtual dispensation of all regulatory oversight and in my view, should not be agreed to,” added Rao.

In the case of Moderna, she said, the company seems to be asking for a waiver of indemnity, but is willing to transfer technology to CIPLA and its product also seems to have been developed with US scientific establishments. So that puts it on a different plane.

Whatever the issue, Rao stressed, the government will need to carefully negotiate on a case to case basis to ensure that there is no compromise on safety and as an exceptional waiver, not to be cited as a precedent. For that a strong case will need to be made. “Availability of vaccine from domestic production and other sources to address our needs will also need to be weighed in. I personally feel that Pfizer is asking for too much for too little as they seem to have promised only 50 million doses, which is not all that much relative to our immediate needs.”

India has not given any manufacturer of Covid-19 vaccine indemnity against the costs of compensation for any severe side-effects so far. But, now the government is expected to grant vaccine manufacturers like Pfizer and Moderna a concessional request of legal protection from any claims linked to the use of their Covid-19 vaccines in India.

Dr Vinod K Paul, member, health, Niti Aayog, and chairperson of the National Expert Group on Vaccine Administration for Covid-19 (NEGVAC), said that the government was examining ­this request and a decision on it would be taken in the larger interest of the people and on merit. “They have requested indemnity to all the nations, including the country of origin, the US and practically every country to indemnify the liability,” Paul said at a media briefing. The government and the company are working together for the earliest possible import of the vaccine, Paul said. “We are looking at what their expectations are from the government and they are looking at what our expectations are from them.”

He added that there are imperatives of cold chain and supply that are being looked at.

“The country has been reaching out to foreign vaccine manufacturers and engaging continuously with them. Multiple rounds of discussions have been held with Pfizer, J&J and Moderna. Vaccines are not available in free supply and buying them internationally is not similar to buying ‘off the shelf’ items,” he said.

Paul rejected suggestions that the centre was not doing enough to buy vaccines from abroad. The government, he said, had proactively eased entry of vaccines approved by the US FDA, EMA, UK’s MHRA, Japan’s PMDA, and WHO’s Emergency Use Listing into India in April so that these vaccines would not need to undergo prior bridging trials. “The provision has now been further amended to waive off the trial requirement altogether for the well-established vaccines manufactured in other countries. No application of any foreign manufacturer for approval is pending with the drugs controller,” Paul said.

Vaccines are in limited supply globally, and companies have their own priorities, game-plans and compulsions in allocating finite stocks, he said. “They also give preference to countries of their origin just as our own vaccine makers have done unhesitatingly for us,” Paul added. Vaccine producers have met the demand for vaccines in their home countries and have now started supplying to other countries, he added.

To speed up approvals, the Drug Controller General of India has waived the requirement of testing every batch of foreign-made Covid-19 vaccines by the Central Drugs Laboratory, Kasauli, and post-launch bridging trials for such firms. The drug controller has said that the vaccines that are already approved by FDA, EMA, MHRA, PMDA or listed in WHO Emergency Use Listing will not need to undergo a post-approval bridging clinical trial. “Testing every batch of vaccine by CDL, Kasauli can be exempted if the vaccine batch/lot has been certified and released by National Control Laboratory of the country of origin,” a statement from the Drug Controller said.

Earlier, vaccines that had completed clinical studies outside the country were required to carry out “bridging trials” or limited clinical trials on the Indian population to know how the drug works on them. The whole problem with the indemnity bond is that if a patient dies, the government will not be able to question Pfizer. If somebody challenges in a court of law, the government will be responsible for everything, not the company. If the centre grants an indemnity to Pfizer against claims for injury or death caused by the vaccine, then the purchase price of the vaccine would be lower for the Indian government. Pfizer no longer has to take the risk of payment of compensation for injury or death caused by the vaccine, and this will be reflected in the price.

The Indian government could also purchase these vaccines from Pfizer after granting it indemnity and sell it to private entities. These entities could in turn be required to undertake all liability for injury or death caused by the vaccine. None of the above situations takes away the right of any person injured or killed by the vaccine to be compensated. In the first scenario, the Indian government will pay up and in the second, the private entities who purchase the vaccine from the government.

After this development, Indian vaccine manufacturing companies will expect indemnity or legal protection from the central government if foreign companies like Pfizer and Moderna are granted the same. Earlier, SII’s chief executive officer Adar Poonawalla had indicated that indemnity was required to ensure a smooth vaccination drive. The company was served a Rs 5-crore legal notice in November 2020. The complainant had alleged that he suffered severe neurological side effects after participating in Covishield trials. Even Bharat Biotech has raised the need for legal protection during several interactions with the central government. However, neither Serum Institute nor Bharat Biotech has been granted it.

Till date, India has administered over 20 crore doses since the launch of its vaccination drive in mid-January. It still has a long way to go before the entire population is vaccinated, more so in the backdrop of many states having flagged shortage of vaccines and the gap between­ supply and demand widening.