The petition, which was filed under Article 226 of the Constitution, for issuance of a writ of mandamus directing the respondents to take necessary steps to ensure that stray animals are provided food and water during the pandemic. 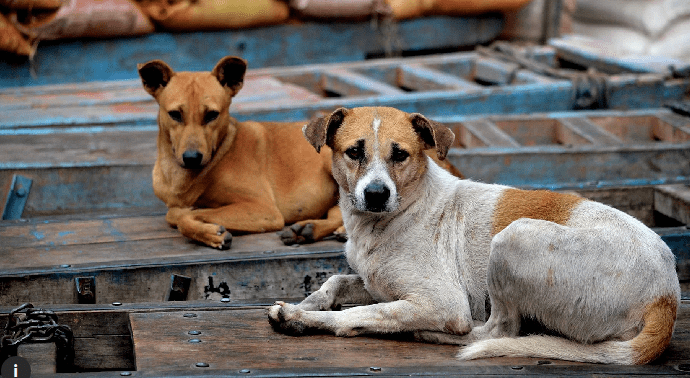 The Madras High Court on Wednesday directed the Animal Husbandry Department to chalk out a holistic plan for the treatment of stray animals in Tamil Nadu providing for a scientific and humane approach even during normal times while dealing with a plea seeking necessary steps to ensure stray animals are provided food and water in this Covid-19 pandemic.

The Division Bench of Chief Justice Sanjib Banerjee and Justice Senthilkumar Ramamoorthy passed this order while hearing a writ petition filed by V.E. Shiva. The petition, which was filed under Article 226 of the Constitution, for issuance of a writ of mandamus directing the respondents to take necessary steps to ensure that stray animals are provided food and water during the pandemic.

The Director of Animal Husbandry and Veterinary Services in a letter dated June 8 to the Registry of the Court listed the various steps taken pursuant to the order dated June 3, 2021. “It is recorded in such letter that 2500 kg of dog feed and 200 kg of cat feed had been procured and a total of 500 feeders had been provided with such material to ensure the feeding of stray and abandoned animals. The second tranche of procurement is proposed to be made immediately and distributed once the earlier material has exhausted. The report speaks of 3,536 kg of wheat bran being distributed to feed 104 horses,” the Court said.

The Court noted that a sum of Rs 19.79 lakh is said to be available in CSR account opened for the purpose of feeding stray and community animals. It was decided by the Committee constituted by the Court that a total sum of Rs 7.916 lakh would be used for the Greater Chennai area. A sum of Rs 11.87 lakh was required to be distributed to 14 other corporation areas.

“Though the petition was purely for the purpose of providing relief to stray animals during the period of lockdown, when scavenging opportunities in and around the urban areas decreased, the Animal Husbandry department should now chalk out a holistic plan for the general treatment of stray animals in the state, providing for a scientific and humane approach even during normal times. A comprehensive plan dealing with vaccinating stray dogs and cats, if necessary, or collaring them or the like should also be thought of in the best interest of both the animals and the human population that they come to contact with,” the order reads.

The Court has fixed the next date of hearing on June 14.

Did you find apk for android? You can find new Free Android Games and apps.
Share
Facebook
Twitter
Pinterest
WhatsApp
Previous articleBar Council of India leaves it to law varsities to conduct exams
Next articlePfizer’s indemnity waiver: Asking too much for too little