Arrested IPS officer Rashmi Shukla has claimed that she tapped the phones of politicians as she had powers to do so under the Act. But was she taking orders from higher ups? 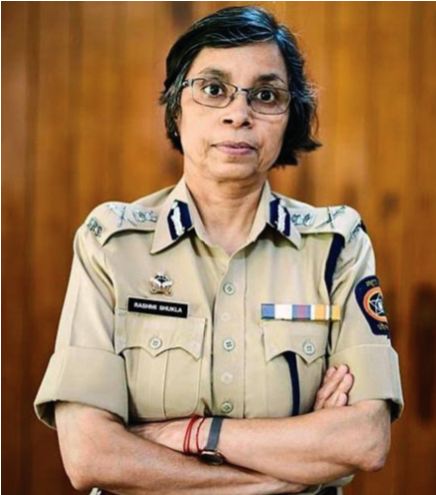 An FIR was lodged against Shukla under the Indian Telegraph Act and relevant sections of the Indian Penal Code at Colaba Police Station on the complaint of Additional Commissioner of Police (Special Branch). The police also added sections of forgery in the case. This is the first case in which the police have filed a chargesheet against Shukla. Pune police and Mumbai Cyber police are also investigating a similar case against her.

According to the complaint, the phones of Khadse, who was then with the BJP, were kept under surveillance for two months. Similarly, Raut’s phones were under illegal surveillance when talks were underway between the Shiv Sena and the Congress-NCP for the formation of a government in Maharashtra after the 2019 assembly polls.

Currently Shukla is on central deputation and posted as additional director general of the Central Reserve Police Force (CRPF) in Hyderabad.

The police’s investigation is heavily reliant on the findings of a three-member committee that was constituted by the government to enquire into the illegal phone tapping between 2016 and 2019. The committee, which was formed in July 2021, comprised the Director General Police (DGP), Commissioner SID and additional commissioner of police, special branch -1, Mumbai. Later, one of the committee members—additional commissioner SB-1 Rajeev Jain—filed an FIR against Shukla on March 2 at Colaba police station.

Raut, whose phone was allegedly tapped by Shukla, reportedly said: “Whether it was me, Eknath Khadse or Nana Patole, we were falsely labelled anti-social elements. Rashmi Shukla sought permission to tap our phone; the phone numbers were ours, but the names against the numbers were of some drug peddlers, gang-runner, anti-social elements, etc. This has breached our privacy as they wanted to snoop on us to know the development of the formation of Maharashtra Vikas Aghadi (MVA) government.” He added: “Phones of key leaders who were involved in the process of forming the alliance in 2019 were being tapped. They wanted to keep a tab on who we spoke to, and what we were planning.” He further said that the police officer, whom we expect to work neutrally, was working to show loyalty to a leader or a party. “The officer is now being given protection by the centre, which is unfortunate,” Raut stated.

Similarly, Khadse said: “My phone was tapped for 67 days with a different name and on the pretext that I’m involved in anti-social activities. In my view, Shukla is an officer and without receiving an order, she can’t tap phones. In such cases, final approval comes from the chief minister. Unfortunately, my phone was tapped though I was in the BJP. The matter should be investigated and who ordered phone tapping and why all this needs to come before the people.”

Last month, the Bombay High Court restrained the Mumbai and Pune police from taking any coercive action against Shukla. The IPS officer had moved the Court to quash both FIRs.

As commissioner (state intelligence), Shukla claimed that she last year came across information of corrupt malpractices between politicians and police officers over favourable postings and transfers. She said that with the permission of a competent authority, telephones of certain politicians and police officers were kept under surveillance and on August 20, 2020, a detailed report was made.

As per her contention, she has powers to record conversation under Rule 419-A of the Indian Telegraph (Amendments) Rules, 2007. It says that phone tapping orders “shall not be issued except by an order made by the Secretary to the Government of India in the Ministry of Home Affairs in the case of Government of India and by the Secretary to the State Government in-charge of the Home Department in the case of a State Government”. The order has to be conveyed to the service provider in writing; only then can the tapping begin.

It is pertinent to know that the Indian Telegraph Act, 1985, governs the use of wired and wireless telegraphy, telephones, teletype, radio communications and digital data communications. It gives the Government of India exclusive jurisdiction and privileges for establishing, maintaining, operating, licensing and oversight of all forms of wired and wireless communications within Indian territory. It also authorises government law enforcement agencies to monitor/ intercept communications and tap phone lines under conditions defined within the Constitution. Since 1885, numerous amendments have been passed to update the Act as technology changed.

Section 5(2) says that “on the occurrence of any public emergency, or in the interest of the public safety”, phone tapping can be done by the centre or states if they are satisfied that it is necessary in the interest of “public safety”, “sovereignty and integrity of India, the security of the State, friendly relations with foreign States or public order or for preventing incitement to the commission of an offence”.

Shukla is the second senior police official to approach the court to seek intervention and an investigation from the CBI. Last month, former Mumbai Police Commissioner Param Bir Singh challenged the state government’s two orders of April 1 and 20 to initiate a preliminary probe against him by the state police chief Sanjay Pandey and also sought a CBI inquiry.

Meanwhile, Maharashtra Congress president Nana Patole has filed a Rs 500 crore defamation suit in a civil court against Shukla and others for the alleged illegal tapping of his phone. In the suit filed, Patole also sought a permanent injunction to stop the misuse of information collected through alleged illegal phone tapping.

Did you find apk for android? You can find new Free Android Games and apps.
Share
Facebook
Twitter
Pinterest
WhatsApp
Previous articleActing Innocent
Next articleCJI Ramana pulls up Uttar Pradesh counsel for not complying with direction, says it’s become a habit with state