The Malayalam film industry faces a major crisis after actor-producer Vijay Babu was accused of rape. His accuser is an actress, which has added more spice to the saga. The police have acted swiftly, but the case has serious implications. 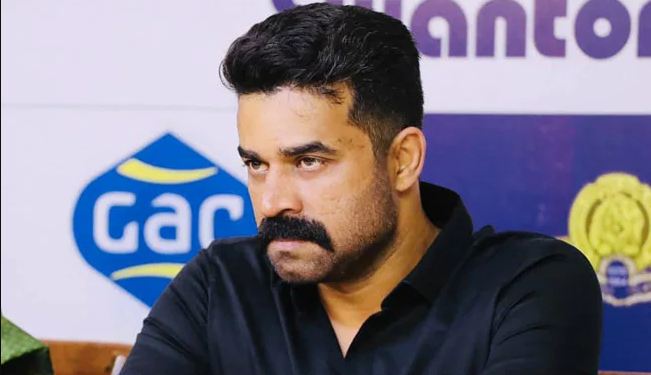 The Kerala Police filing a rape case against Malayalam film actor-cum-producer Vijay Babu threatens to open a Pandora’s Box in the state’s film industry. The Ernakulam South Police registered the case on the complaint of an actress who has worked with Babu earlier on a film. According to the police, the complaint was received on April 22, in which she alleged that Babu sexually assaulted her in a flat in Kochi. The offense was repeated more than once, she added. The complaint said Babu committed the offense on the pretext of offering the victim roles in movies.

Her identity was kept secret, but Babu, hours after the charge was made, while denying the allegations against him, revealed the name of the actress. He claimed that he is the real victim. Revealing the name of the complainant in a Facebook live post, he said: “I am the real victim in the case and hence revealing the complainant’s name. I am not afraid as I did not do anything wrong. I have known the woman since 2018 who has made allegations against me. I have not had a single chat with her since then until 2021. In December, she started texting me. I have 400 screenshots of messages sent by her” he said, adding: “I will say that in court. I have the answer to everything, whether it was a rape or consensual. I will file a counter case against it. In addition, a defamation suit will be filed.”

Babu was initially charged under the Indian Penal Code Sections 376 (rape), 506 (criminal intimidation) and 323 (voluntarily causing hurt). According to social media, the complainant had alleged she was physically and sexually assaulted by Babu between March and April. The woman actor had said she was afraid to speak about the alleged assault due to Babu’s influence in the industry. “I have known him for a few years in the industry and had worked together with him for a movie. Through this time, he gained my trust by being friendly and advising me as I was a newcomer in the film industry with no proper guidance. He behaved like my saviour for my personal and professional problems, but under the guise has sexually exploited me. Each time I tried to run away from this trauma, he would come after me with false promises of marriage,” she added. “I was under his control and was scared to speak up because of the clout, influence and power he wielded in the film industry,” she said.

The Kerala Police on April 27 registered another case against Babu for revealing the identity of the complainant. They then issued a look out notice against him. Kochi City Police Commissioner CH Nagaraju revealed that a lookout notice had been issued to all airports across the country against Babu.

Babu approached the Kerala High Court on April 30, seeking anticipatory bail. He alleged in his petition that the attempt of the woman actor was to blackmail him by filing the complaint, alleging that he had sexually assaulted her. The woman actor used to call the petitioner at odd hours and frequently send thousands of messages, most of them abusive, to his mobile. Babu added that it was the duty of the statutory authorities to ascertain the truthfulness of the allegations before tarnishing or defaming an individual on the basis of a complaint which could not be substantiated. He said that he feared arrest by the police in the case.

This is not the first time that such allegations have been made against Babu or his colleagues in the Kerala film industry. In 2017, he denied similar allegations in a Facebook Live by a producer. Babu is the founder of Friday Film House, a film production company. He has also won an award for a children’s film in Malayalam.

The current rape charge against the actor has come at a time when many in the Malayalam film industry are facing similar allegations. Last month, police had arrested filmmaker Liju Krishna on charges of sexually abusing a woman who had assisted in his productions. Following the arrest, the directors’ union under the Film Employees Federation of Kerala (FEFKA) revoked Krishna’s membership even as the Women in Cinema Collective (WCC) demanded his suspension from all film bodies.

Earlier, the Kerala High Court had asked organisations associated with the film industry to take steps to constitute a joint committee to deal with cases of sexual harassment, in line with the Sexual Harassment of Women at Workplace (Prevention, Prohibition and Redressal) Act of 2013. The Court recommended that every film production unit should have an internal complaints committee (ICC) if engaging more than 10 workers. The petitioner, WCC, had pointed out that the Association of Malayalam Movie Artists (AMMA) had failed to implement a grievance redressing mechanism for its members against sexual harassment at workplace, and that this failure was a breach of the Vishaka guidelines of the Supreme Court and violation of provisions of the 2013 Act. The WCC took up the matter with the Court in the wake of the case pertaining to the abduction and sexual ass­ault of a woman actor in 2017. Popular actor Dileep is one of the accused in the case and also the “conspirator” as per the prosecution. The trial in the case is going on at a special court in Kochi.

Kerala’s MeToo campaign gained strength when bold female voices of the industry, including Parvathy, Rima Kallingal and Sajitha Madathil expressed their solidarity with the campaign. Theatre and movie artist, Sajitha Madathil asked others to speak up and expose the predators they have encountered. It came as a shock when a senior actress KPAC Lalitha revealed that the late legendary comedian Adoor Bhasi misbehaved with her years ago. The actress, in an interview, said that following the instance of misconduct, she tried to raise a complaint at the actors’ organisation Chalachitra Parishath, but KP Ummer, who was head of the association warned her against it and even asked: “Who are you to complain against Adoor Bhasi?” Lalitha also alleged that male supremacy and exploitation of female actresses have been prevalent in Mollywood for a long time.

Similarly, senior Malayalam actor and Kollam MLA, Mukesh was called out for his alleged inappropriate behaviour towards Tess Joseph, who was the casting director of the television show Koteeshwaran. She revealed that 19 years ago, the actor called her in his room multiple times and even used his influence to change her room to be next to his in the hotel they stayed in. Though Mukesh has denied the allegations by saying he doesn’t remember the girl or the incident, the allegation has stirred up a new controversy in Mollywood.

Popular Malayalam and Telugu music composer, Gopi Sundar is the latest one to be called out in the ongoing MeToo movement in India. According to the allegation made by an anonymous female singer on Twitter, Sundar on the pretext of working with a teenager for a movie song behaved inappropriately. The victim says in the tweet that, instead of focusing on the work, Gopi was interested in knowing whether the girl was a virgin or not. The musician allegedly asked for sexual favours in return of opportunities.

The MeToo campaign in Kerala has exposed many accused of sexual crimes, and now Mollywood’s casting couch is groaning under the burden of rising allegations.

Did you find apk for android? You can find new Free Android Games and apps.
Share
Facebook
Twitter
Pinterest
WhatsApp
Previous articlePIL seeks merger of all madrasas in Uttar Pradesh with state Board of Secondary Education, UGC
Next articleWho’s Keeping Tabs?