The Maharashtra political crisis has once again turned the spotlight on the anti-defection law. Defections by lawmakers have taken place with increasing frequency, but on most occasions have proved to be non-conducive for the party and the political atmosphere at large 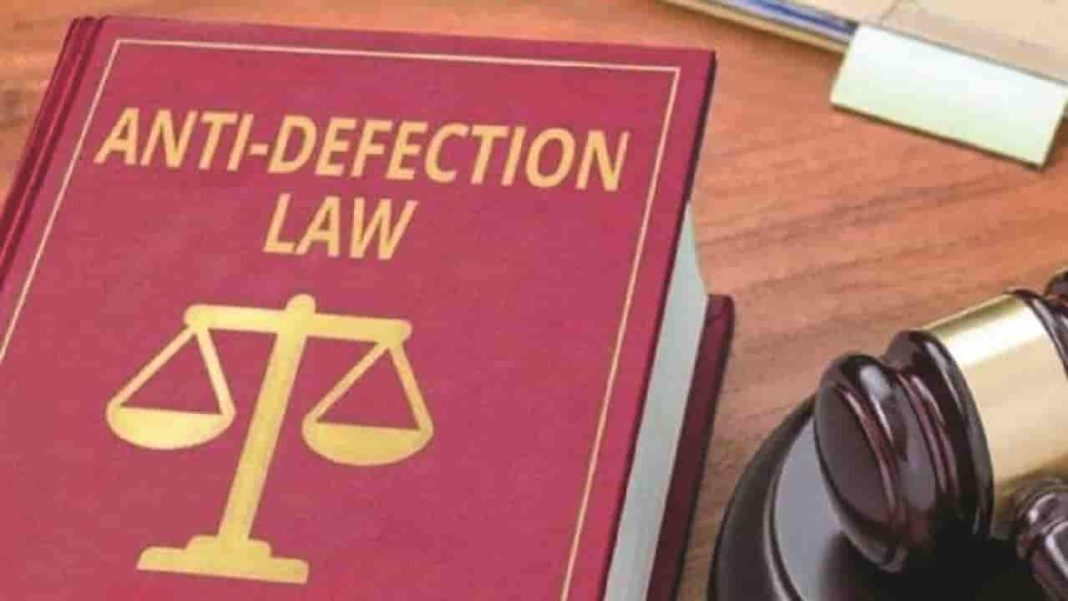 The phrase “Aaya Ram Gayaa Ram” became popular after MLA Gaya Lal in Haryana switched political parties thrice in 24 hours. This marked the beginning of deliberations around implementing a law that prevented such migrations. After many floor crossings by legislators in the 1970s, a committee was constituted to study and share their analysis on the problem of defection. The 32nd Constitution Amendment Bill was introduced on the basis of recommendations given by the committee to disqualify defected legislators. But due to the dissolution of the Lok Sabha, the Bill lapsed, but was followed by the introduction of 48th Constitution Amendment Bill. To minimize such political scenarios, the Rajiv Gandhi government finally brought in the anti-defection law by inserting the Tenth Schedule in the Indian Constitution through the 52nd Amendment Act of 1985. This amendment is also known as the anti-defection law.

The anti-defection law calls for disqualification of elected people’s representatives if they switch political parties. Broadly, the rationale behind enacting such a law is to provide punitive measures against a member who defects from one party to another after an election, or acts against the will of the party that it is aimed at ensuring stability, especially in a parliamentary form of government. In the case of Kihoto Hollohan, the Supreme Court had said that the main purpose underlying the constitutional amendment and introduction of the Tenth Schedule is to curb the evil of defection which was causing “immense mischief in our body politic”.

Constituents cast their votes in favour of contesting candidates not only keeping in mind their personal qualities, but also the policies and programmes of their parties. Therefore, if an elected candidate distances from his party or its ideology, then he must lose his membership too. Additionally, the law seeks to provide safety measures to protect both the government and the opposition from instability arising out of shifts of party allegiance. But in the recent past, it has been proved that the existence of deterrence provided by the anti-defection law has not stopped the elected representatives from innovating new ways of achieving their objectives. The Madhya Pradesh crisis, the Rajasthan crisis and now the Maharashtra crisis are a testimony to that.

The courts in India have often been charged with interpreting the anti-defection law. In the case of Shrimanth Balasaheb Patil vs Hon’ble Speaker, Karnataka Legislative Assembly and Others, it was held that the Speaker can disqualify a member belonging to any political party if he has voluntarily given up his membership of such political party or if he votes against the wishes of his party. It is in this regard that an appropriate meaning needs to be given to the term disqualification.

In Ravi S Naik vs Union India, the Supreme Court held that “voluntarily giving up of membership” has a wider meaning and even the conduct of the member can come under the ambit of this phrase. It is interesting to note that even though the decision making power regarding disqualification is with the Speaker and once he takes the decision, he cannot change it, such a decision can go under the ambit of judicial review.

In Dr Kashinath G Jhalmi vs Speaker, Goa Legislative Assembly, the Supreme Court held that the Speaker of a House does not have the power to review his own decisions; such power has not been provided for under the Schedule, and neither is implicit in the provisions.

Political defection or shifting of party allegiance by legislators for varied reasons is a problem, which is being faced by many parliamentary democracies of the world today. Parliaments have attempted to tackle the problem of defection, which is also referred to variously as floor-crossing, carpet-crossing, waka-jumping, etc. in a manner best suited to them and consistent with their native realities. That being said, different countries have either evolved conventions or framed laws and rules to deal with political defections.

Some countries like India, Bangladesh, South Africa and New Zealand have enacted specific legislation including an amendment to their constitutions in this regard. Yet, defections by legislators continue to persist in varying degrees in many Parliaments, sometimes even threatening stability and eventually leading to the fall of governments.

Anti-defection laws are not explicitly enacted in all countries. In many countries, it is also thought that anti-defection laws restrict the liberty of lawmakers to make their own decisions against their parties and to switch parties. A nation like the United States, which is the best example of democracy, also restrains itself from following a defection law. The UK and Australia are in a similar league.

The law impedes the freedom of MPs and MLAs, restricting them to speak up against their party policies thus harming the quality of legislative debates. There is a need to seek answers to take a hard look at the reality and understand that the anti-defection law, while failing to serve its purpose, has also failed the basis of democracy—the freedom of speech and expression.

—The author is an advocate in the Bombay High Court