Last year saw many judgments which empowered the fairer sex, be it granting permanent commission to women officers in the army, rulings against sexual harassment at the workplace and reproductive choice being their fundamental right. 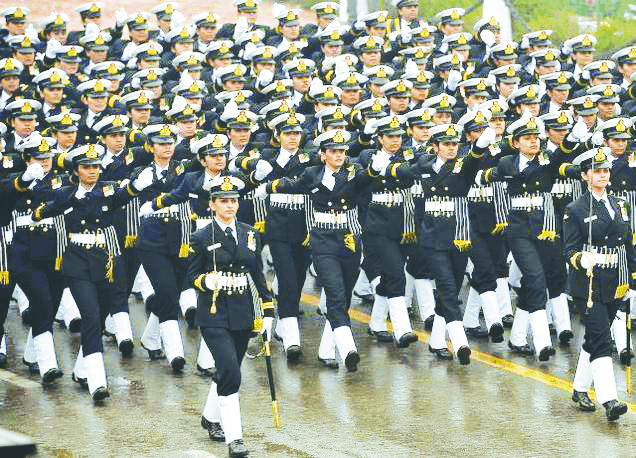 The Covid-19 pandemic posed an arduous challenge to the judiciary. Even as it struggled to ensure regular functioning, it managed to give some important judgments. While 2020 witnessed rulings that upheld women’s rights, there were others that perpetuated stereotypes about patriarchy and sexism.

In India, conventional statements about women abound. “A girl should know how to cook.” “Women should take care of the house.” “You should listen to your husband.” But when sexist and stereotypical statements come from the judiciary, women face a daunting prospect and a tough fight ahead. This sort of validation from an important organ of the government and the custodian of the Constitution can set women back.

In July 2020, the Karnataka High Court faced severe criticism while hearing the bail plea of a rape accused. While granting anticipatory bail to him, Justice Krishna S Dixit in his order said it was “unbecoming” of an alleged rape victim to have fallen asleep after being “ravished”. The order also talked about how a rape victim should behave after she is “ravished”. The strange choice of words and the expectation of certain behaviour from a rape victim, who may be going through mental or psychological trauma, is surprising.

In February 2020, Allahabad High Court, which often comes out with sterling verdicts, gave a surprising one. It gave bail to former Union minister and BJP leader Swami Chinmayanand who was accused of sexually exploiting a 23-year-old woman. The Court relied on a common perception of rape victims that of not speaking up or complaining when subjected to sexual exploitation. There were statements such as “it’s astonishing that a girl whose virginity is at stake does not utter a single word to her parents”, and “she seeks and enjoys his patronage”. The Court assumed that the woman was a willing party as she did not speak up.

While these rulings give the impression that a gender equal and progressive society is still a long way off, there were also several feminist judgments that instilled faith in the judiciary.

In February 2020, the apex court gave a landmark ruling when it directed the army to grant permanent commission to women officers. A division bench of Justices DY Chandrachud and Ajay Rastogi observed that excluding women from command appointments and allowing them in staff appointments was not only against the right to equality under Article 14, but also unjustified. It held that an absolute bar in command appointments didn’t favour the right of equality and was outright discriminatory.

The Court made several progressive observations in the course of the hearing. The arguments given on behalf of the government were called cluttered with gender stereotypes. The Court observed that if stereotypes regarding men being the bread earners, being stronger than women, etc., continue, then such thinking will never go away. Justice Chandrachud said that it was an insult to women when aspersions were cast on them, their ability and their achievements in the army.

Earlier, the centre had submitted a note to the Court, enumerating its reasons for not extending permanent commission to women officers. It said that as the rank and file was male and mainly drawn from a rural background, they were not mentally schooled to accept women officers in command of units. In herent physiological differences between men and women preclude equal physical performance and hence, the capacity of women officers remains a challenge for command of units. It added that officers are expected to lead their men “from the front” and needed to be in prime physical condition to undertake combat tasks. To this, the Court has said that “administrative will” and “change of mindset” are required on this issue. The judgment also referred to women officers such as Squadron Leader Minty Agarwal, Divya Ajit Kumar and IAF officer Gunjan Saxena who had received gallantry awards for their bravery during combat operations.

In March 2020, a similar judgment was given by the Court, paving the way for permanent commission for women in the navy. It held that both male and female officers should be treated equally. The top court had rejected the government’s contention that sea sailing duties cannot be granted to SSC women officers in the navy because Russian vessels do not have washrooms for them. It further added that women can sail with the same efficiency as male officers and there should be no discrimination.

In Punjab and Sind Bank and Others vs Mrs Durgesh Kawar, the apex court heard the plea of a senior officer of a public sector banking institution who said that her reports about irregularities and corruption at her branch and her complaints against an officer who sexually harassed her had led to her transfer. The bench of Justices DY Chandrachud and Ajay Rastogi observed that the Sexual Harassment of Women at Workplace (Prevention, Prohibition and Redressal) Act was enacted to provide protection to women in the workplace as well as for prevention and redressal of complaints of sexual harassment. Sexual harassment at the workplace is an affront to the fundamental rights of a woman to equality under Articles 14 and 15 and her right to live with dignity under Article 21, as well as her right to practise any profession or to carry on any occupation, trade or business.

Various High Courts have also been in the forefront of forward-looking judgments. On January 17, 2020, the Gujarat High Court made an important observation regarding the two-finger test done to determine if a woman is a virgin or not. The per vaginal is an intrusive physical examination of a woman and often used in cases of alleged rape or sexual assault to figure out if her hymen is intact. The Court called the test unconstitutional and violative of a person’s right to privacy, physical and mental integrity and dignity. It said the test leads to medical opinion regarding consent and past sexual history.

In December 2020, the Karnataka High Court held that a married daughter cannot be excluded from seeking compassionate appointment, calling the exclusion unconstitutional. The Court observed that marriage does not determine the continuance of a relationship between a parent and child, whether son or daughter. “The son continues to be a son both before and after marriage and a daughter also should continue to be a daughter both before and after marriage. This relationship does not get affected by the fact of marriage, as marriage does not sever the relationship of the daughter with the parent.”

In August 2020, the apex court held that sons and daughters have equal coparcenary rights in the property of a Hindu Undivided Family. A three-judge bench of the Supreme Court clarified that coparcenary rights are acquired by daughters at birth; and that fathers need not be alive when the 2005 amendment to the Hindu Succession Act 1956 was passed. According to the order, when a daughter is born, she also steps into the coparcenary like a son.

Thus, courts, if they so wish, can make a huge difference to the plight of women in India.