In a noteworthy judgment, the Delhi High Court allowed a woman to terminate her 28-week pregnancy as the foetus was suffering from defects. This was a departure from the earlier 24 weeks’ limit for MTP. 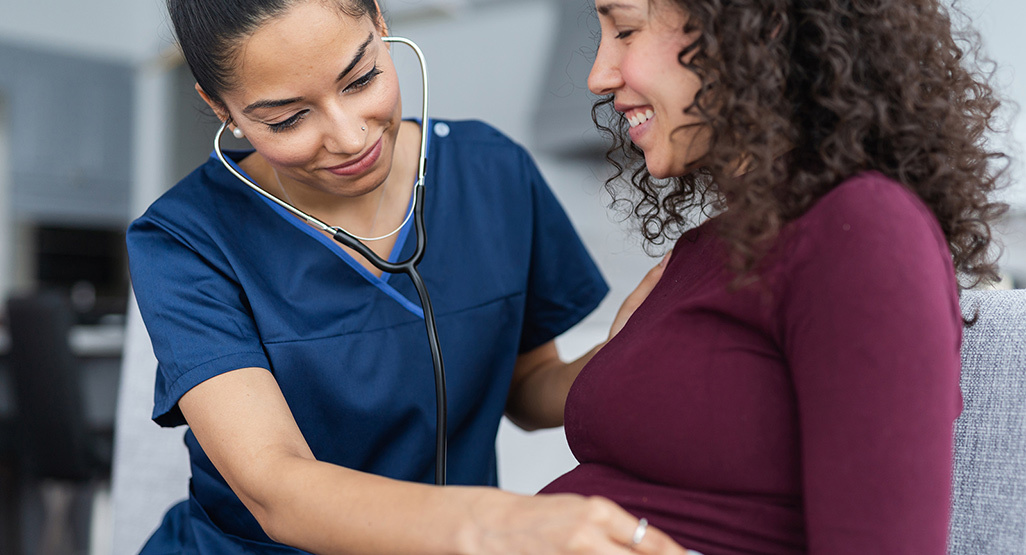 The Delhi High Court on December 31, 2021, allowed a woman to terminate her 28 weeks’ pregnancy while ruling that reproductive choice is an insegregable part of a woman’s personal liberty enshrined in Article 21 of the Constitution.

The 33-year-old woman has been undergoing regular check-ups from the fifth week of pregnancy. From the ultrasonography report conducted during the 20th week of gestation, it was revealed that there was a cyst in the left lateral ventricle of the foetus. However, as the foetus was only 20 weeks old, foetal echocardiography was not performed. On completion of 24 weeks, an Echo-Doppler test was done and various anomalies were found in the heart of the foetus, including absent pulmonary valve syndrome, presence of pulmonary stenosis (narrowing of the valve between the lower right heart chamber and lung arteries) and regurgitation with narrow pulmonary valves, dilated pulmonary artery and a large ventricular septal defect (where there is a hole in the wall separating the two lower chambers of the heart) with overriding of the aorta.

Thereafter, the woman consulted many doctors, including paediatric cardiologists, and as per the last medical, infants born with Tetralogy of Fallot (a group of four congenital heart defects) have a 50% chance of survival in the first year of birth and even if they do, repeated surgeries have to be carried out and their success depends on the stimuli of the baby to the environment. As the permissible limit of 24 weeks under the Medical Termination of Pregnancy (MTP) Act, 1971, as amended by the Medical Termination of Pregnancy (Amendment) Act, 2021 was over, the woman approached the High Court seeking a direction to undergo MTP.

The High Court sought an expert body’s opinion from AIIMS on MTP of a 28-week pregnancy on account of certain abnormalities in the foetus. The AIIMS expert body said that there was a major foetal abnormality in the form of a rare congenital heart disease. The report further noted that the chances of a successful outcome was 80% if operated in time and optimally managed with regular follow-up. The report further stated that the child would require follow-up in cardiology and cardiac surgery 2-3 times per year initially and annually thereafter. The report noted that the mother was highly stressed and was not in the correct frame of mind to continue the pregnancy.

A single bench of Justice Jyoti Singh then agreed with the contention of the woman that continuing the pregnancy would cause grave injury to her mental health.

“Reproductive choice is a facet of reproductive rights of a woman and a dimension of her ‘personal liberty’, enshrined in Article 21 of the Constitution of India and thus the Petitioner cannot be deprived of the freedom to take a decision to continue or not to continue with the pregnancy, in the backdrop of the foetal abnormalities brought forth in the Medical Opinion of the Board,”

In the past, there have been cases where women have asked for MTP beyond the stipulated period. In the case of Sarmishtha Chakrabortty vs Union of India, (2018), though the pregnancy had continued for 25 weeks, on account of the opinion of the Board that the child, if born alive, would have to undertake complex cardiac corrective surgeries, stage by stage, which was prone to mortality, the Supreme Court allowed the prayer of the woman for MTP.

In Meera Sanosh Pal vs Union of India, (2017), a woman who was in the 24th week of her pregnancy, filed a petition before the Supreme Court with the plea to undergo MTP. The board was of the opinion that continuation of the pregnancy would not only result in grave injury to the physical and mental health of the woman but the foetus would not be able to survive “extra-uterine life” due to abnormalities. Therefore, the Supreme Court directed that the woman could undergo MTP as per the provisions of the MTP Act.

In another case, the Telangana High Court on October 11, 2021, laid down that the life of the foetus cannot be placed at a higher pedestal than that of the mother. Justice B Vijaysen Reddy, while directing the hospital to terminate the pregnancy with all precautionary measures within 48 hours, observed that constitutional courts have the power to do so even when the length of pregnancy is beyond the statutory limit of 24 weeks as per the MTP (Amendment) Act, 2021.

In a judgment of the Bombay High Court in XYZ vs State of Maharashtra, 2021, on October 6, 2021, it allowed the petitioner to undergo MTP, as continuation of the pregnancy could cause grave injury to her mental health.

It is pertinent to mention a similar case in Ireland which ended tragically. Savita Halappanavar, a pregnant dentist of Indian origin, died from sepsis due to medical negligence. The medical staff at University Hospital Galway denied on legal grounds her request for an abortion. In the wake of a nationwide outcry over her death, voters passed a landslide Thirty-Sixth Amendment of the Constitution, which repealed the Eighth Amendment of the Constitution of Ireland and empowered the legislature to legislate for abortion. It did so through the Health (Regulation of Termination of Pregnancy) Act 2018, which was signed into law on December 20, 2018.

Section 3 of the MTP Act, 1971, deals with scenarios where pregnancies may be terminated by registered medical practitioners. As per the MTP (Amendment) Act, 2021, the upper limit for this procedure is 24 weeks as opposed to 20 weeks, which was the position before the amendment.

Abortion in India has been legal under various circumstances for the last 50 years with the MTP Act in 1971. Before that, abortion was criminalised under Section 312 of the Indian Penal Code, 1860, describing it as intentionally “causing miscarriage”. Except in cases where abortion was carried out to save the life of the woman, it was a punishable offense and criminalised whoever voluntarily caused a pregnant woman to miscarry. They faced three years in prison and/or a fine, and the woman availing of the service faced seven years in prison and/or a fine.

The MTP Act 1971, was amended in 2002 to facilitate better implementation and increase access for women, especially in the private health sector. The government took cognisance of the challenges faced by women in accessing safe abortion services, and in 2006, constituted an expert group to review the existing provisions of the MTP Act to propose draft amendments. On January 29, 2020, the government first introduced the MTP Amendment Bill 2020, which was passed in the Lok Sabha on March 17, 2020. A year later, the Bill was placed in the Rajya Sabha and passed on March 16, 2021 as the MTP Amendment Act 2021.

Also Read: Rights of the Child

The upper limit for termination of pregnancy with doctors’ opinion has been extended from 20 weeks to 24 weeks for the following special categories: survivors of sexual assault or rape or incest; minors; change of marital status during the pregnancy (widowhood and divorce); women with physical disabilities; mentally ill women; foetal anomalies that have substantial risk of being incompatible with life or if the child may suffer from such physical or mental abnormalities to be seriously handicapped and women with pregnancy in humanitarian settings or disaster or emergency.

So laws have to be changed as per society’s norms and as long as there is no threat to life.