The mask cover up

After a rap from the Delhi High Court, the state government has withdrawn an order which made it compulsory to wear a mask even when driving a private car alone. 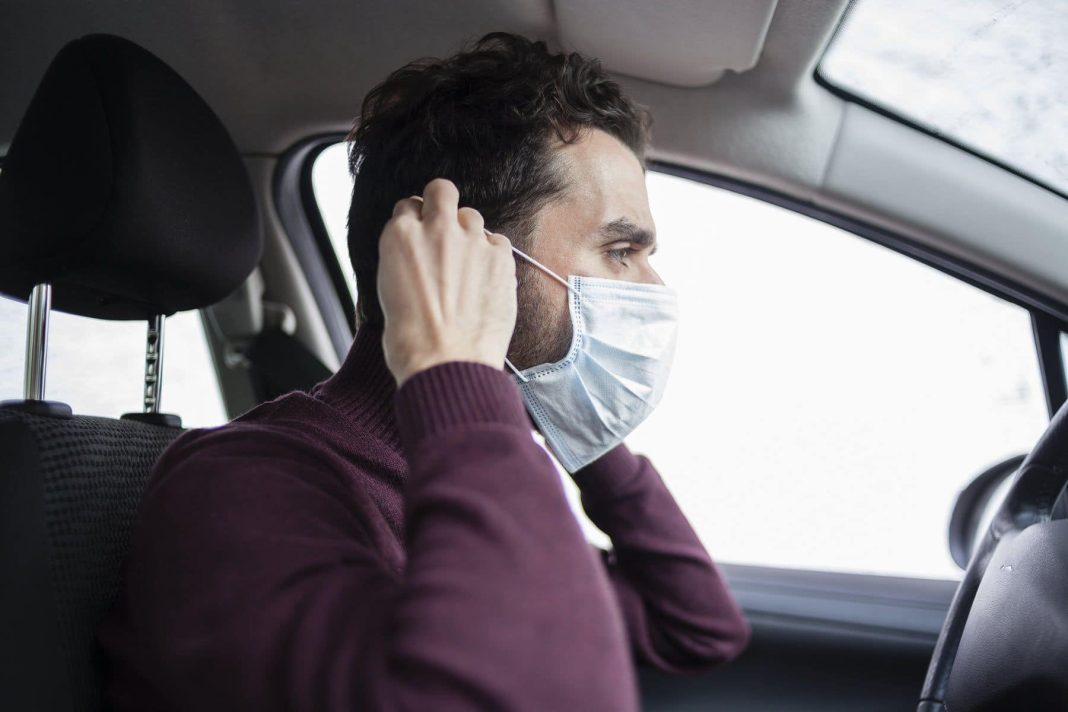 “It is a Delhi government order, why don’t you withdraw it. It is absurd actually. You are sitting in your own car and you must wear the mask?” the bench asked. “Why is this order prevailing? Take instructions,” the bench of Justices Vipin Sanghi and Jasmeet Singh told the Delhi government counsel.

The observation by the bench came when Senior Advocate Rahul Mehra, representing the Delhi government, shared an incident of a man being challaned for not wearing a mask while sitting in his car with his mother and sipping coffee with the windows up.

He said the single-judge order of the Court of April 7, 2021, which had refused to interfere with the Delhi government’s decision to impose challans for those not wearing masks while driving a private car alone, was “very unfortunate”. He told the Court that despite a significant drop in the number of Covid cases, people were being fined for not wearing masks in their own cars when alone or with their family members.

He informed the Court that the order was issued by the government initially with a fine of Rs 500. However, a single judge bench dismissed a challenge to the order saying a car is a public place and wearing masks was necessary even when a person is alone in his vehicle. The fine was later hiked to Rs 2,000.

“Situation has dramatically changed on the ground…We are staying in our house. There we are ok. The moment we step out, the scenario changes and someone gets the licence of taking Rs 2,000 fine from me…That order needs to be revisited,” Mehra argued. When the Court countered Mehra and said that it was a Delhi government order and they cannot do anything till the time it is challenged, the latter said: “Be it a Delhi government order or the Central government, it is a wrong order.”

The single judge’s 2021 order came while dismissing four petitions by lawyers who had challenged the imposition of “challans” for those not wearing masks while driving alone in a private vehicle. It had said that wearing a mask while driving alone in a private vehicle is compulsory in the context of Covid-19 and had described the face covering as a “suraksha kavach” or a protective shield against the spread of the infection.

“A vehicle which is moving across the city, even if occupied at a given point in time by one person, would be a public place owing to the immediate risk of exposure to other persons under varying circumstances,”

-the High Court had said.

The Union Ministry of Health and Family Welfare in its reply told the Court that it had not issued any direction asking people to wear masks in a car when they were alone and that health is a state subject and the Delhi government has to decide on it.

In an interview with India Legal, Dr Abhishek Singh, General Physician, RML, Lucknow, said that to wear or not to wear a mask when in a car is a question that may have struck anyone multiple times.

“The answer is no if you’re travelling alone. Otherwise, it depends on the situation whether or not one should wear a mask while driving. If there’s someone outside your family sitting with you in the car, you must definitely wear a face mask without a valve. Also, you should wear a mask if the person who you are travelling with is unwell.”

Added Dr. Abhishek Verma, Resident Doctor, Integral Hospital, Lucknow: “If you are alone in the car, then you may choose not wear a mask. However, at times wearing a mask while driving may reduce the field of vision. So, make sure to wear the mask correctly. It should cover the nose and mouth, without blocking your range of sight.”

The main issue here is the harassment faced by commuters at the hands of civil defence volunteers and other officials recruited by district administrations for emergency situations. As Covid-19 was declared a national emergency, such volunteers have been roped in for things like vaccination drives and enforcing mask mandates. This, at times, blurred the lines between police and volunteers.

For enforcing mask use, volunteers wear uniforms that are the same khaki colour as police personnel, and carry books to issue fines. This is technically beyond their mandate given that only the police or district authorities have the powers to issue such fines. But some district authorities have deployed these volunteers on their behalf. Even the Delhi Police has voiced unhappiness over the similarities in their uniforms and raised this issue with the Delhi government. Civil defence workers were also allegedly caught collecting bribes in exchange for not issuing a hefty fine and arrested by the Delhi Police.

This tussle is not restricted to Delhi alone, and residents in cities like Bengaluru, Chennai and Mumbai have complained of similar confrontations with municipal volunteers and the city police.