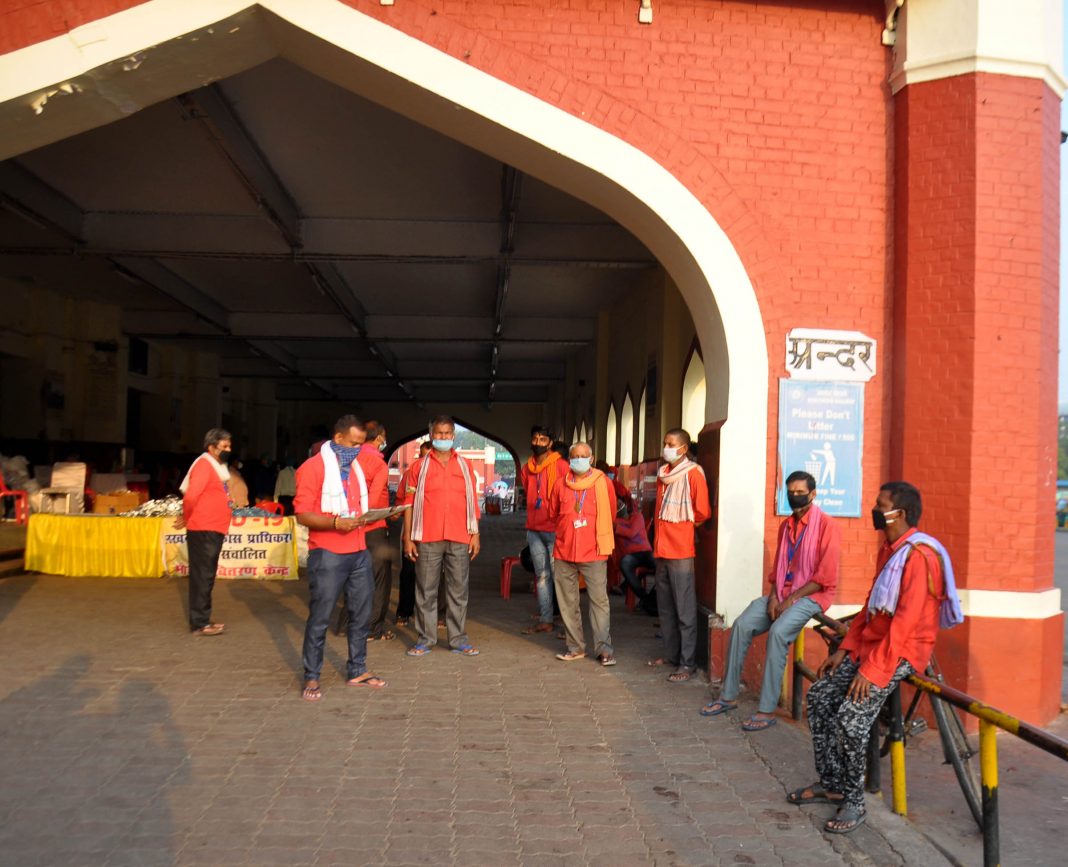 A survey on Covid’s impact on informal workers has found that unemployment is still considerably high and that quality jobs in urban areas have disappeared, while there is underemployment in rural India.

Four months into the unlocking phase there is still no speedy economic recovery. Although many units in the manufacturing and service sectors have resumed work in urban areas, the performance is much lower than expected. Rural India, once considered a safe haven, has also been hit hard, showing a slow recovery rate.

Around 12 states resorted to partial lockdowns in July and August due to the sudden increase in Covid-19 cases. This halted the recovery period and had an undesired impact on large conglomerations. As part of its longitudinal study on the impact of Covid-19 on informal workers, ActionAid Association (2020) conducted a national survey across 23 states and five Union Territories during the lockdown and unlock phases.

According to the findings, only around 10 percent of workers were employed on a full-time basis, while 42 percent were either employed part-time or had worked occasionally since unlocking began. Close to 48 percent of workers said that they were unemployed at the time of the interview. Hence, although unemployment levels have fallen as compared to the lockdown, it is still considerably high, while underemployment seems to be an ascendant phenomenon.

Notably, the level of monthly wages received by workers was precariously low. Almost 24 percent of respondents reported zero income in the unlock phase, around 19 percent said their wages were less than Rs 2,000 per month, 30 percent received wages between Rs 2,000 and Rs 5,000 monthly and about 19 percent got between Rs 5,000 and Rs 10,000 during the same period.

Moreover, 48 percent of workers said that they had not received the wages due to them at the time of the lockdown. Around 55 percent of all respondents who had to change their occupation since the lockdown, reported that they were employed in their family occupation during the unlock phase. The job absorption rate in urban areas was low and in rural areas, the unemployment rate continued to show a rising trend. This implied that the quality jobs in urban areas had disappeared and there was underemployment in rural areas.

This sense of uncertainty and fear reinforces the challenge of creating appropriate jobs which match the skills, interests and expectations of workers in their source districts or states, while devising protective mechanisms and policies for migrant workers.

With the easing of national lockdown restrictions, many have started to return to their livelihoods, but a significant number still remain unemployed. Although unemployment levels have gone down as compared to the lockdown period, a significant proportion of the respondents, around 41.80 percent, remain partially employed.

The intensity of work provides a better understanding of the present scenario in the informal sector. The chart above gives a comparative analysis of weekly work hours during three different stages pre-lockdown (January to March), lockdown (March to May) and unlock phase (June to August). It shows that the intensity of work had gone up compared to the lockdown phase, but it is nowhere near the pre-lockdown conditions. As wages in the informal sector are extremely dependent on the hours worked, this has a serious impact on the income consumption of this section of society.

Issues were also raised about whether this kind of reverse migration was due to distress or opportunity oriented. It is estimated that more than 50 percent migrating workers don’t want to return to destination areas. Given the nature as well as the shared experiences, the so called source regions have low social and economic developmental indices with meagre prospects of generating decent jobs. Large scale migration induced by greater and greener pastures of economic growth is largely a myth, as most of the migration is for subsistence and survival and falls under the citatory of distress migration (Dandekar and Ghai, 2020).

Given the diverse realities of expansion of urban settlements, where the lives of migrants are embedded, it is important to note that their coping strategy constantly vacillates between inhuman work conditions of urban and peri-urban India on the one hand, and impoverished and destitute lives in the rural areas on the other.

In this context, where the absorption capacity of source districts has crumbled and social hierarchies accentuate village spaces, implying tremendous pressures on public welfare policies, opportunities may exclude the marginalised groups. This deserves serious policy attention. The pressure of this reverse migration is going to be felt in agriculture and allied activities and will put immense pressure on a system that is already broken. This will also discourage women workers from being employed in the agriculture sector. Although the unemployment rate has gone down at the aggregate level, underemployment is rising. This will have a long-term impact on sustainable development.

Read Also: Future Group vs Amazon: Clash of the titans