The Bill was introduced last year to provide a framework for the protection of wild plants, birds and animals. A Standing Committee that examined the Bill has found that some species were excluded from various schedules of wildlife and plants and has recommended a revised listing of schedules to include these species. 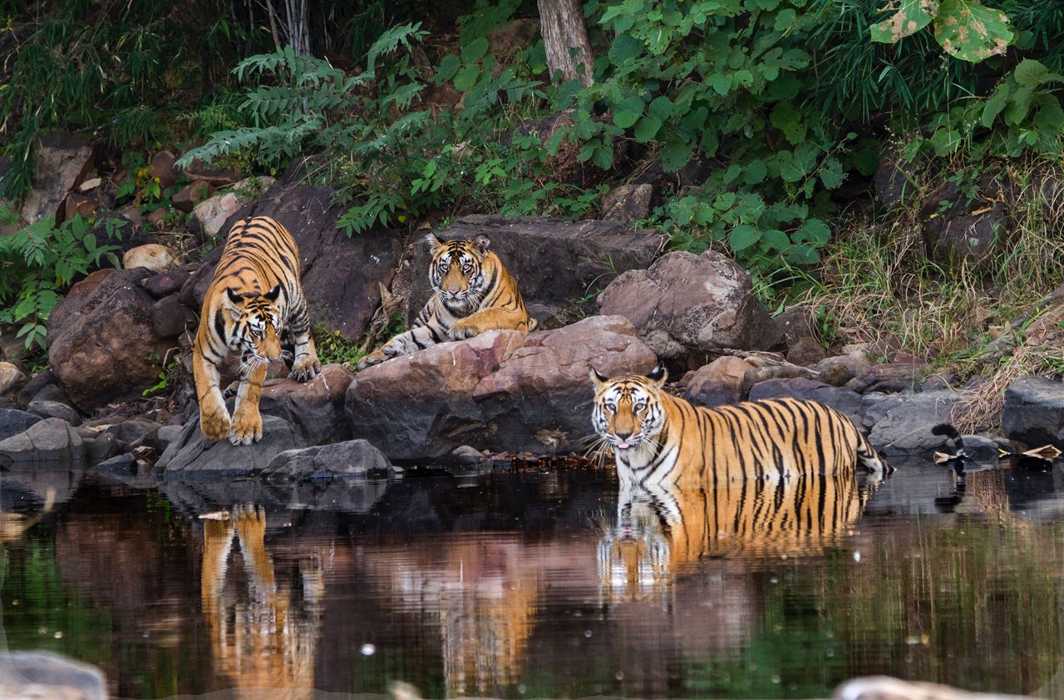 The Wildlife Protection (Amendment) Bill, 2021 was introduced in the Lok Sabha last year to amend the Wildlife (Protection) Act, 1972—a law that provides a framework for the protection of wild plants, birds and animals. However, soon after its introduction, several wildlife and legal experts criticised some of the clauses in the Bill, citing several loopholes that could be exploited and said that these were counter-intuitive to the objectives of the Act. Later, it was referred to the Parliamentary Standing Committee on Science and Technology, Environment, Forests and Climate Change led by Congress’ Rajya Sabha member Jairam Ramesh. The Committee recently released its report on the proposed Bill.

The Committee found that some species were excluded from various schedules of wildlife and plants that had been proposed by the Ministry and recommended a revised listing of schedules to include these species.

Agreeing with the Ministry of Environment, Forest & Climate Change’s reasoning on the need for a domestic legislation to demonstrate India’s long-standing commitment to implement, in letter and spirit, the provisions of the Convention on International Trade in Endangered Species of Wild Fauna and Flora (CITES), the report said that the most appropriate way to do so would have been to bring amendments in the Biological Diversity Act, 2002, and not in the Wildlife (Protection) Act, 1972, since the mandate of CITES is the sustainable use of biodiversity.

“First is to have a separate law for CITES itself. Second, is to introduce amendments in the relevant sections of the principal Act without necessarily having an elaborate chapter in the principal Act as proposed in the Bill”

-said Ramesh in the report.

The Committee said it had discussed both the options in detail with the ministry, which in turn, gave a detailed response on the second option. It was then critiqued by two eminent experts.

“While it believes that the second option is the most desirable to take, with the objective of building a consensus on this contentious issue without getting into a prolonged debate, the Committee suggests a third alternative,” the report said, adding, the government can introduce amendments in the relevant sections of the principal Act without necessarily having an elaborate chapter as pro­posed in the Bill.

“This particular option has very strong support in the larger professional wildlife conservation community in the country, many of whom have an international name and recognition as well. The simple amendments shall ensure India’s commitment to the Convention without disturbing the basic structure of the principal Act,” the report said and gave a list of sections and clauses that would need to be amended.

The environment ministry, in its submission before the Committee, had said that India is a party to CITES which requires that parties take appropriate measures to enforce its provisions and prohibit trade in violation thereof.  “CITES regulates trade in over 38,700 species of wild animals and plants. Currently, 183 countries are party to CITES. Non-compliance by a country to adopt appropriate legislation to implement CITES may result in a recommendation to suspend trade in CITES-listed species with such country. Such a recommendation was made in respect of India in December 2004, but was withdrawn in March 2005 following assurances by India,” the ministry had said.

The Wildlife Act also establishes a schedule of plants and animals that the government protects and monitors to varying degrees.

Ramesh said in the report that

The Committee said that while it was in agreement with the rationalisation and reduction of schedules, it “finds a number of species missing in all the three schedules”.

The Committee recommended major changes in all the three schedules. It said: “The Committee is deeply conscious of the fact that a number of religious and cultural institutions in some States own elephants which play a crucial role in daily worship and rituals. That is why it has attempted to strike a careful balance to ensure that age-old traditions are not interfered with while at the same time addressing widespread concerns that nothing should be done to even give an impression that private ownership of elephants and trade in them is going to be encouraged.” It recommended that the ministry prescribe more conditions by which transport of a captive elephant can only be done with valid certification.

The Committee also said that “non-official members should also be part of the state wildlife board committee proposed to assess infrastructure projects in and around protected areas.” The standing committee of the state board for wildlife, if formed, should be represented by several non-official members, at least three institutional members (like the National Tiger Conservation Authority) and the director of the Wildlife Institute of India or their nominee, the Committee said in its report. It highlighted several concerns regarding legislation and urged the environment ministry to consider the recommendations of scientists and conservationists mentioned in the report.

The regulatory framework for wildlife in India

The key features of the Wildlife Protection (Amendment) Bill, 2021 include:

•CITES: CITES is an international agreement between governments to ensure that international trade in specimens of wild animals and plants does not threaten the survival of the species. Under CITES, plant and animal specimens are classified into three categories (Appendices) based on the threat to their extinction. It requires countries to regulate the trade of all listed specimens through permits. It also seeks to regulate the possession of live animal specimens. The Bill seeks to implement these provisions of CITES.

•Control of sanctuaries: The Act entrusts the chief wildlife warden to control, manage and maintain all sanctuaries in a state. The chief wildlife warden is appointed by the state government. The Bill specifies that actions of the chief warden must be in accordance with the management plans for the sanctuary. These plans will be prepared as per guidelines of the central government, and as approved by the chief warden. For sanctuaries falling under special areas, the management plan must be prepared after due consultation with the concerned gram sabha. Special areas include a scheduled area or areas where the Scheduled Tribes and Other Traditional Forest Dwellers (Recognition of Forest Rights) Act, 2006, is applicable.  Scheduled Areas are economically backward areas with a predominantly tribal population, notified under the Fifth Schedule to the Constitution.

•Surrender of captive animals: The Bill provides for any person to voluntarily surrender any captive animals or animal products to the chief wildlife warden. No compensation will be paid to the person for surrendering such items. The surrendered items become property of the state government.

•Penalties: The Act prescribes imprisonment terms and fines for violating the provisions of the Act. The Bill increases these fines.