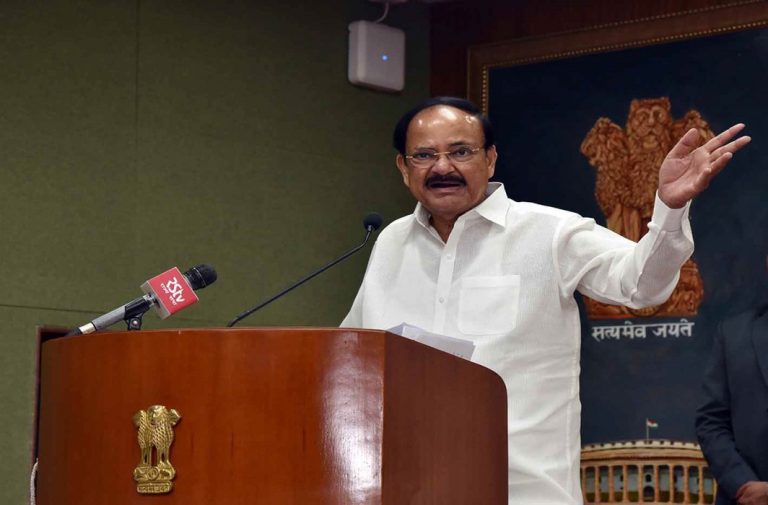 In a progressive move, the Rajya Sabha chairman wants rules to be simplified so that action can be taken easily when there are complaints against MPs

Venkaiah Naidu, the chairman of the Rajya Sabha, rued the fact that action could not be taken against 19 MPs of the House in the past four years despite complaints against them. This was because the complaints did not comply with the procedure prescribed in the Rules of Procedure and Conduct of Business in the Council of States (Rajya Sabha) and the Ethics Committee could not take them up for preliminary examination because they did not comply with the rules. Naidu has directed the chairman of the Committee to review the rules in order to simplify the procedure.

Rajya Sabha Rules, in the chapter “Committee on Ethics”, talk about the Constitution, functions, procedure for making complaints, procedure for inquiry and sanctions that can be imposed on the erring member. Rule 295 (procedure for making complaint) lays down that a complaint against a member of the Rajya Sabha can be made by anyone, including another member. The Ethics Committee may also take cognisance suo motu. The complaint has to be addressed in writing to the Committee or to an officer authorised by it in such form and manner as it may specify. A person making a complaint must declare his identity and submit supporting evidence, documentary or otherwise, to substantiate his allegations. A complaint based merely on an unsubstantiated media report shall not be entertained. The Committee shall not take up any matter which is sub judice and its decision shall be treated as final.

Rule 296 (procedure for inquiry) states that if the Committee is satisfied that a complaint is proper and the matter is within its jurisdiction, it may take it up for preliminary inquiry. If there is a prima facie case, the matter shall be taken up by the Committee for examination and report. However, if a complaint is found to be false or vexatious or made in bad faith, the matter may also be taken up as an issue of breach of parliamentary privilege.

The Committee on Ethics of the Rajya Sabha was constituted by the chairman of the Rajya Sabha on March 4, 1997, to oversee the moral and ethical conduct of the members and to examine cases referred to it. In its first report presented to the House on December 8, 1998, the Committee recommended a Framework of Code of Conduct for Rajya Sabha MPs. In its second report, presented on December 13, 1999, it made recommendations relating to the procedure for making complaints, which provides the basis for Rules 295 and 296.

In addition to provisions relating to the examination of complaints against Rajya Sabha members, the Committee prescribes that a member, as soon as he takes his seat in the House, shall furnish information within 90 days relating to his own assets and liabilities as well as those of his immediate family members. Further, a “Register of Members’ Interests” is to be maintained and the information contained in it may be given to the general public in accordance with such rules and procedures as may be determined by the Committee from time to time. The Committee acts as a record-keeper and overseer of the declarations of assets and liabilities by members under the Members of Rajya Sabha (Declaration of Assets and Liability) Rules, 2004, framed by the chairman of the Rajya Sabha under sub-section (3) of Section 75A of the Representation of the People Act, 1951.

Rule 297 (sanctions) provides that where it has been found that a member has contravened the code of conduct or indulged in unethical behaviour, the Committee may recommend imposition of one or more of the following sanctions, viz. censure, reprimand, suspension from the House for a specific period or any other appropriate sanction.

The Committee was formally made a part of the Rajya Sabha Rules on July 20, 2004. It consists of 10 members, including the chairman. By convention, the members of the Committee are leaders/deputy leaders/chief whips/whips of political parties/groups in the Rajya Sabha. The functions of the Committee require it to prepare a code of conduct for members, to examine cases concerning alleged breach of the Code and allegations of any other ethical misconduct of members, and to tender advice to members on questions involving ethical standards.

The Committee has so far submitted 10 reports. In its fifth report adopted by the House on December 13, 2005, the Committee recommended suspension of Dr Chhatarpal Singh Lodha, MP, who was caught on tape accepting money for asking questions, as shown in a sting operation telecast by a private TV channel. This was followed by the seventh report adopted by the House on December 23, 2005, recommending expulsion of Lodha from the membership of the House for contravention of the code of conduct. In its eighth report presented on February 24, 2006, the Committee recommended expulsion of Sakshi Maharaj, MP, for improper conduct in sanctioning/recommending execution of certain projects under the MP Local Area Development Scheme. The Committee, in its 10th report presented on May 4, 2016, recommended expulsion of Dr Vijay Mallya, MP, for incorrect disclosure of assets and liabilities and violation of the code of conduct.

Mallya submitted his resignation on the same day. Thus, only three of the Ethics Committee reports have led to conclusive action against some members of the Rajya Sabha.

In fact, action to expel a few of its members and reprimand others has been taken in the past on the basis of the reports of ad hoc committees.

However, the first-ever case of expulsion of a member took place in the Provisional Parliament (Constituent Assembly) in 1951. That is when HG Mudgal was recommended for expulsion for conduct derogatory to the dignity of the House, but he resigned after participation in the debate on the motion of his expulsion. The first instance of expulsion in the Rajya Sabha happened in 1976 when Subramanian Swamy was expelled on the same grounds.

As regards the concern expressed by Naidu about a large number of complaints being rejected, some suggestions would be in order. Rule 295 states that the complaint has to be submitted in such form and manner as the Committee may specify.

However, no “form” as such has been prescribed. It would be advisable to prescribe a pro forma for submission of complaints so that the complainant is clearly aware of all the requirements needed for such a submission. Moreover, in case a complaint does not meet the prescribed procedure, but is substantive in nature, the complainant may be mailed a copy of the form prescribed so that he can comply with the requirements of the Committee. Further, the procedure for online submission of complaints in the prescribed form may also be considered.

Lead picture: Rajya Sabha chairman M Venkaiah Naidu rued the fact that action could not be taken against 19 MPs of the House in the past four years despite complaints against them/Photo: UNI