A single-judge bench of Justice Vivek Singh Thakur made the above observation on May 13, while disposing of a petition, challenging the transfer order, whereby the petitioner was repatriated to his parent department. 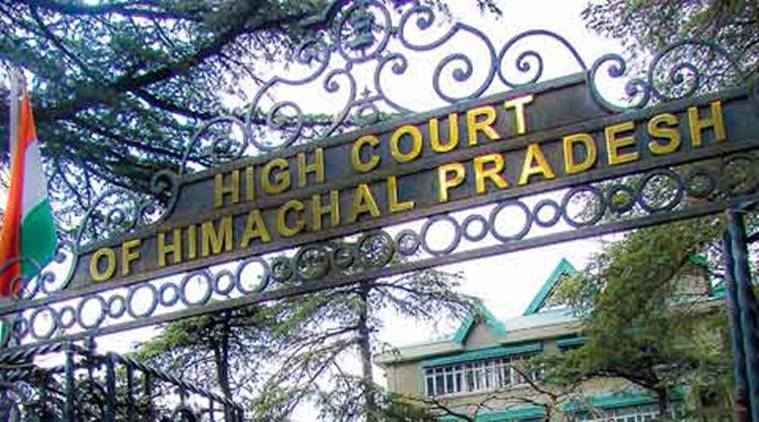 A single-judge bench of Justice Vivek Singh Thakur made the above observation on May 13, while disposing of a petition, challenging the transfer order, whereby the petitioner was repatriated to his parent department.

Petitioner Dinesh Gulati had approached the High Court for quashing of two orders. One dated March 26, 2021, whereby the petitioner, posted in District Institute of Education and Training (DIET) Nahan, District Sirmour, HP, was repatriated to his parent department- the Higher Education, posted at GSSS Dhamwari, District Shimla, HP against vacancy as Lecturer Mathematics.

In the second order, the private respondent, serving as Lecturer Mathematics in Higher Education Department and posted at GSSS Ludhiana, District Sirmour, was transferred in DIET Nahan, District Sirmour, HP, against a resultant vacancy.

The petitioner laid challenge to his repatriation and transfer order on the ground that he has been transferred on the basis of DO letter, but not for administrative exigency, despite the fact that since the last 18 years, he has been performing his duties to the best of his abilities in DIET Nahan and his repatriation and posting as well as transfer of Private Respondent, is in violation of norms notified by the Education Department vide notification dated October 10, 2013, issued as per the National Council for Teacher Education (NCTE) guidelines.

Desh Raj Thakur, Additional Advocate General, contended that though the notification dated October 10, 2013 has been issued by the Government of Himachal Pradesh, however, the same has not been implemented till date and procedure and process prescribed therein for induction of employees in DIETs is not in practice.

Rather, the employees are being transferred to and from DIET by way of transfer, but with consultation of State Project Director Samagra Shiksha Himachal Pradesh and prior approval of competent authority, and the same procedure has been followed in present case also.

It was further submitted by the AAG that after due verification of facts, keeping in view the continuous conduct of indiscipline of the petitioner, he has been repatriated and transferred on recommendation of the State Project Director Samagra Shiksha Himachal Pradesh for smooth functioning of DIET and for maintaining peaceful and harmonious atmosphere in the Institution.

The transfer of petitioner is not in lieu of punishment, as a separate Departmental inquiry to inquire the complaints against petitioner has been ordered by the Competent Authority, Mr Desh added.

Justice Thakur, while considering the petition, observed that the petitioner was posted in DIET, Nahan on November 7, 2002 and since then, he was serving in the same Institution. On December 3, 2016, explanation was called from him by the then Principal for not submitting the question papers of his subject for house examination of DElEd students till November, 2016, whereas session had started in April, 2016.

In 2018, vide showcause notice dated March 29, 2020, explanation was called from the petitioner for proceeding on casual leave to monitor the Primary Teacher Training without permission and also for leaving the Institution without any information and prior approval of the competent authority on October 5 and 6, 2018.

On conclusion of this enquiry, penalty of ‘Censure’ was imposed upon him by the Director of Higher Education, which was maintained by the Appellate Authority also as appeal preferred by the petitioner was dismissed on September 26, 2020 by Secretary (Education), to the Government of Himachal Pradesh.

In 2018 itself, the petitioner had faced another complaint before the Sexual Harassment Committee, which was withdrawn by the complainant on October 23, 2018 for undertaking given by the petitioner that he will not use such language in future.

“Vide communication dated March 27, 2021, the Deputy Director of Elementary Education Nahan, after receiving an information from the Principal on this count vide communication dated February 8, 2021, had reported to the Director Elementary Education about the continuous disobedience of orders/directions issued by the Principal as well as misconduct, misbehavior by the petitioner with Principal and higher authorities,” further observed by the High Court.

The Court further noted that State Project Director vide communication dated March 1, 2021 had communicated to the Director of Higher Education that his office had received various complaints and counter complaints with regard to affairs of DIET, Nahan, District Sirmour and prima facie it was found that petitioner was creating indiscipline in the said DIET.

“For transferring an employee, on receiving a complaint, it is not necessary that inquiry to be conducted by the Employer/Authority must be a regular departmental inquiry. However, some sort of inquiry, fact verification or preliminary inquiry must be there, before taking an administrative decision of transfer in such eventuality. The Authority/Employer cannot be made to wait till finalisation of Departmental Regular Inquiry for transferring an employee for administrative reasons.

“Preliminary inquiry or verification of fact are mandatory exercise to be undertaken by the Employer/Authority before transfer of an employee in pursuance to the complaint so as to ensure that employee must not be transferred for bogus or baseless complaint. Transfer or repatriation of an employee is right of the Employer/Authority and transfer or repatriation, in itself is not a punishment but incidence of service. No employee has a vested right for his posting at a particular place or portfolio. “

The Court held that the transfer of the petitioner has been effected in an administrative exigency and in the larger interest of the public after due verification of facts. Otherwise also, the petitioner was serving at one place for the past 18 years and he has no vested right to continue as such.

For the facts and circumstances, it cannot be inferred that power by competent authority has been exercised discriminately, malafide, unreasonably or irrationally, rather it appears to have been exercised in public interest in the right manner.

On the order of the transfer of the Private Respondent, the Court noted that in DIET, Nahan there are two posts of Lecturer (Mathematics).

Private Respondent had requested to post him Lecturer (Mathematics) in the DIET, Nahan and in the order also Private Respondent has not been posted against the post of Lecturer (Education), but he appears to have been transferred as a Lecturer/Lecturer School New (Mathematics) from GSSS Ludhiana, District Sirmour, to DIET and his posting is further subject to the condition of fulfilling the requisite qualification, which definitely means that in case he is not fulfilling the requisite qualification for posting in DIET, he shall be liable to be repatriated.

The High Court directed the respondents-Department to take appropriate action/decision with respect to posting/repatriation of Private Respondent, considering his eligibility for the post, against which he has been ordered to be transferred.