Status of women under Hindu law 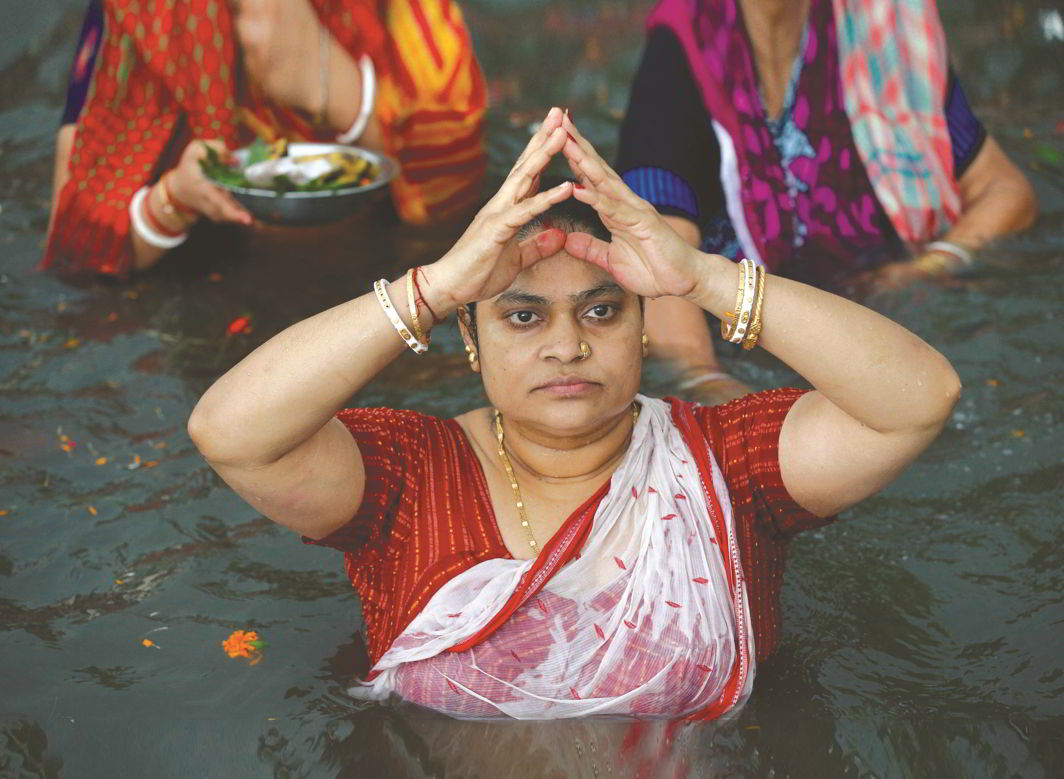 “Freedom cannot be achieved unless women have been emancipated from all kinds of oppression.” – Nelson Mandela.

The Constitution of India emphasises that one must be provided with equal rights, opportunities, wages etc without discriminating them on the basis of religion, gender, caste. Yet we still witness inequality in terms of gender in various parts of the country. Women are supposed to be financially dependent on their father or husband or brother but as the society progresses, we can see how the laws also change. In the ancient Hindu law, it was thought of that a woman must be reliant on her father in childhood, upon her husband in youth and upon her sons in the old age. The Indian society is considered a patriarchal society wherein women have fewer rights than men do. In the article, I will discuss how woman’s status has been changed from that of being a dependent person to having her own rights, property and powers.

Marriage under Hindu law is seen as a sacred and eternal bond between the husband and wife which cannot be untied. A man is considered incomplete without a woman as they both help to perform the religious rites and discharge debts to man’s ancestors. The Hindu Marriage Act governs the marriages of a Hindu, Buddhist, Jain or Sikhs. Under modern Hindu Law, Marriage whether considered as a contract or sacrament gives rise to a status.

In 2005, the government revised the Hindu Succession Act of 1956 in order to improve Hindu women’s economic capabilities. The measure marks a significant milestone in women’s rights. The 2005 Act resolves disparities in ancestral property, dwelling houses, and widows’ rights, as well as adding some new heirs to the Class I heirs list, which safeguards their interests.

Two case laws determine a woman’s status as a karta in a household. Initially, the Nagpur High Court declared that in the absence of adult male members, a mother who is not a coparcener can be a karta. The Supreme Court held in the matter of Commr. of Income Tax v. Seth Govind Ram 1966 that a mother or any other female could not be a karta as specified in Hindu Law texts as earlier females were not even considered as a coparcener. The Karnataka High Court concluded in Gangoji v. H.K. Channappa 1983 that the mother who is the natural guardian of her minor sons can handle the joint family property and that the court’s designation of a guardian is not justifiable.

In case wherein a female is a widow, in Radha Ammal v. Commissioner of Income Tax[ii], it was held that since a widow is not regarded a coparcener, she does not possess the legal qualifications to become a manager of a Hindu Joint Family, also known as Karta. But in the case of CIT v Seth Laxmi Narayan Raghunathdas[iii], the High Court Given that a widow can be a coparcener under Dayabhaga Law, she could even be the family’s Karta, especially if she is the family’s only sui juris member. For Mitakshara Law, where along with male coparcener a female may not be a coparcener because she does not possess the right of survivorship, the court observed that this right or the status of a coparcener is not a requisite for being the Karta of a joint Hindu family to which she has been admitted to.

The concept of divorce came from common law. According to Hindus, marriage is an eternal union but Hindu Marriage, 1955 has adopted the concept of ‘divorce.’ The concept of divorce is mentioned under Section 13 HMA[iv]. It is a permanent dissolution of marriage. There are three theories regarding divorce, i.e. The Fault Theory, Mutual Consent Theory, Irretrievable Breakdown Theory.

Under Section 13(1) of HMA, either of the spouse can seek divorce: –

Any marriage solemnized, whether before or after commencement of this act, may on petition presented by either of the persons be dissolved by decree of divorce. The grounds of divorce before the Marriage Laws Amendment Act, 1976 are as follows:

After Marriage Laws Amendment Act of 1976 (Diwan, 2018), some grounds for Divorce and Judicial separation were added making it in total 8 grounds for divorce.

In divorce there is a sole ground for wife mentioned under Section 13(2) of HMA, through which she may present a petition for dissolution of marriage by a decree of divorce on the grounds:

Only male agnates have the power to own and inherit property under Hindu law, which is patriarchal. Stridhana, which was very complicated and limited, was the only concept of women’s property that existed. The Hindu Succession Act, 1956 changed Hindu women’s limited ownership to absolute ownership, giving them complete control over their property and no restrictions on how they may dispose of it. It strengthened women’s economic power and provided them more social and economic freedom.

In the case of Prakash v. Phulvati[vi], the bench said that if the father (the coparcener) died before September 9, 2015 (the date of enforcement of the amended legislation), his daughter would have no right to the coparcenary property under the 1956 Act. The Supreme Court overruled the judgement according to the revised statue of 2005.

In the case of Danamma v. Amar[vii], the Supreme Court bench stated that the revised Section 6, grants the daughters full rights. Despite their father’s death in 2001, the daughters have the right to claim the properties.

Under Hindu Law, there are two types of properties i.e. Ancestral Property and Separate Property. The law of intestate is concerned with matters such as who are the persons entitled to take property, i.e. who are the heirs; what are the rules of preference among various relations; in what manner the property is to be distributed in case a person has more than one heir, what are the disqualifications of heirs. (Diwan, 2018)

Succession to the property of a Hindu female

Hindu female property is divided into the following categories for succession purposes:

If a Hindu woman dies and leaves behind children, the source from which she obtained the property makes no difference.

Property inherited from Father or Mother

Under Section 15(2), defines that the property which she gets in gift at the time of her marriage from her father or mother is not included. Such a property is her stridhan and succession to it is governed by Section 15(1).

Property inherited from Husband or Father-in-law

If the proposita inherits property from her husband or father-in-law, her heirs will be categorised into two categories.

Category 2: On the failure of heirs in category 1, the property devolves upon the heirs of the husband.

Property obtained by her from any other source

If a Hindu female dies leaving no relation or if there is no presence of Class 1, Class 2, agnates and cognates then the government takes her property as an heir, subject to all obligations and liabilities of the intestate. Under both sub-sections of Section 15, it is vital that a female Hindu does not have any heirs.

In case of widows, they did not have the right to demand a partition of the coparcenary property prior to 1937, but they did receive a share of the property when the property was divided between the surviving sons. The Widow Remarriage Act of 1856 was in effect at the time, and it stated that any right a woman had over her deceased husband’s property would disappear if she remarried, and would instead transfer to other heirs.

Despite the innovative provisions of the Hindu Succession Act of 1956, Hindu women in Indian society still lack property rights in general. Despite the fact that the Act introduced revolutionary reforms, family members have mostly ignored it in reality since the provisions are incompatible with existing Hindu social ethos. In truth, there is a distinct difference between the law as written and the law as applied. Women’s freedom is still a long way off.

–Nieharika Sharma is a fourth year student of the Amity Law School, Noida

Did you find apk for android? You can find new Free Android Games and apps.
Share
Facebook
Twitter
Pinterest
WhatsApp
Previous articleRole of gram sabhas in protecting the environment: An analysis
Next articlePatna HC asks registry to identify appeals pending for more than 6 months