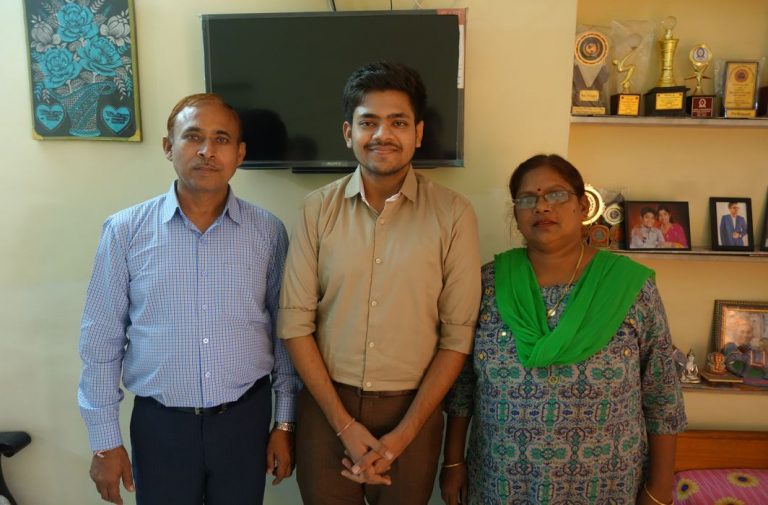 Above: Mayank Pratap Singh with his parents, who are government school teachers

Mayank Pratap Singh made history by cracking the Rajasthan Judicial Services at 21 years. He feels that Indian law is not stagnant and changes in the IPC have kept up with the times

The fact that he is going to be the youngest judge in India hasn’t sunk in yet for Mayank Pratap Singh, 21. Sitting in a modest home in a middle class neighbourhood here, Singh cracked the Rajasthan Judicial Services 2018 exam but hardly looks overawed by his success and the subsequent media glare.

Talking exclusively to India Legal, Singh said that although he had taken the science stream in Class XII, he had made up his mind that he would not tread the beaten path and sit for IIT exams. This, when Kota, in Rajasthan, is famous for churning out successful IIT aspirants. Both his parents are government school teachers and his elder sister is a housewife. There is no one in the family who is in the legal profession.

Asked whether this was a tough choice, Singh said: “In fact, not having a family member in the legal profession proved to be an advantage. It was a blessing in disguise. I knew I didn’t want to be a lawyer as this practice demands a lot of effort in the initial years. It is easier for those whose parents or grandparents are lawyers because there is already an established practice for them. I knew that initially I would get small cases only.” This “disadvantage” worked as a motivating factor. “Clearing any exam does not mean that you have to sit for long hours at your study table. One needs to concentrate and grasp the content,” he added.

Singh said that one advantage of doing a five-year law course from Rajasthan University was that it had made him more aware of international and national issues. “Now I can understand them better than a layman because I know their legal implications and background,” he said.

When asked if his first judgment would also attract the same attention as he was now enjoying, a confident Singh said he is aware of this fact but does not feel daunted by it. He said he was sure that the training and guidance that his seniors would give him would equip him with the knowledge to carry out his duties responsibly.

When asked if he would like to see a change in the Indian Penal Code or the Indian Evidence Act, which were enacted in the 18th century and are continuing in the same form, Singh said that many people think that Indian law is stagnant. This is wrong. From time to time, changes have been made in the Indian Penal Code by increasing the punishments for certain crimes. As far as the Indian Evidence Act is concerned, tribunals like those for debt recovery and rent control have been given the freedom to decide their own procedure, which is not bound by the Act.