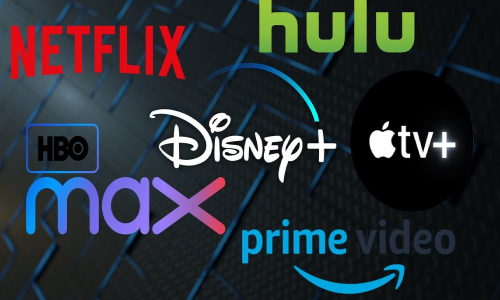 April 2020 marked the start of a very important transition period when, NBC Universal, which was at that point reeling under an inconclusive delay of the Fast and Furious establishment, faced a challenge and delivered the “Trolls World Tour” movie online prior to showing it in theaters. The movie, offered at a rental cost of US$ 20 for 48 hours, made US$ 20 million, driving NBC Universal heads to declare that they would deliver two of their impending movies on online platforms. A few Bollywood movies, for example, GulaboSitabo, Shakuntala Devi, DilBechara, among others followed the equivalent. As per a PwC report, India’s video streaming industry is required to develop at a compound annual growth pace of 21.82% to arrive at Rs. 11,977 crores by 20231, which is probably going to be met a whole lot sooner, given the lockdown circumstance and absence of lucidity on re-beginning theaters. Likewise, the customary instrument of movies first being delivered in quite a while followed by absurd (“OTT”) platforms and from that point on satellite seems to have been twisted.

The growth of OTT platforms puts the focus on the subject of managing the content accessible on the online space. The current laws and guidelines viz. the Cinematograph Act, 1952 and the Cable Television Networks (Regulation) Act, 1995, read with the Cable Television Network Rules, 1994, regulate the content. Moreover, the Central Board of Film Certification (“CBFC”) ensures movies before exhibition in theaters and misuse on satellite. Notwithstanding, there is no particular or exceptional legal regulatory framework set up to regulate the exhibition of content on OTT platforms. Having said that, all content in India is dependent upon the laws of maligning, copyright encroachment, the Indian Penal Code, and, when made accessible on the web, the equivalent is likewise dependent upon the Information Technology Act, 2000 (“IT Act”).Sapna-Chaurasia-Riddhi-Tulshian

In and around 2013, the Telecom Regulatory Authority of India (“TRAI”) acknowledged there was a void in enactment managing content streamed through OTT platforms and as needs be given an interview paper named ‘Regulatory Framework for Over-the-top (OTT) Services’ in 2015 and in 2018 welcoming remarks from various partners. Parallelly, the Ministry of Information and Broadcasting (“MIB”) because of a Right to Information2 application in December 2016 expressed that it didn’t have the ability to edit any content accessible online and that MIB was not seeking after the production of a regulatory framework for the OTT platforms. By and large, this prompted a ton of disarray with respect to which the Government body had the authority to regulate content on OTT platforms.

The position of the Judiciary One of the primary cases was documented by the Justice for Rights Foundation in the Delhi High Court in October 20183, looking for detailing of rules for content made by OTT players like Netflix, Amazon Prime, and so on or in the other option, to guide the government to outline rules for directing such OTT platforms. The Delhi High Court gave notification to government bodies looking for clearness over the current situation in law in such manner. The MIB expressed that it didn’t regulate the OTT platforms and that the platforms didn’t need any sort of permit from it. MEITY expressed that it didn’t regulate online content and expressed there is no guideline which manages OTT platforms specifically, nonetheless, the IT Act gave obstacle actions to be taken on the off chance that any web stage is abused for conveying any content or information which isn’t allowable under law. The Delhi High Court requested that the IT Act gave enough procedural protections to make a move in the function any precluded act is embraced by the telecasters or associations on the web/online stage and subsequently, excused the appeal.

A comparative appeal was recorded in the Delhi High Court, on account of Nikhil Bhalla versus Association of India4 wherein Nikhil Bhalla appealed to God for entomb alia, a complaint redressal instrument to be founded to handle grievances against content made for OTT platforms. This request was recorded charging certain discoursed in the Netflix series ‘Sacred Games’ being injurious and disparaging. Depending on the Justice for Rights Foundation judgment5, the Delhi High Court excused this request expressing that an alternate view couldn’t be taken by the court.

After the Padmanabh Shankar judgment11, the MIB welcomed proposals on whether the content made by online platforms should fall under the Cinematograph Act, 1952, regardless of MIB’s position that it had no authority to regulate online content. In spite of welcoming proposals, MIB didn’t step forward to propose any guideline. Regardless, different courts have held that online content didn’t fall under the Cinematograph Act, 1952, and henceforth the MIB welcoming proposals on the equivalent was excess.

Considering these judgments, let us investigate the laws which were at that point set up to regulate online content.

Read Also: Hathras Case: Court asks State Government to take a call on the removal or retention of district magistrate by November 25

(a) Constitution of India – Article 19(1) accommodates the right to speak freely of discourse and Article 19(2) states that the opportunity can be removed by forcing sensible limitations which are in light of a legitimate concern for the sway and honesty of India, the security of the State, well disposed relations with unfamiliar States, public request, conventionality or ethical quality, or comparable to disdain of court, slander or actuation to an offense. Such sensible limitations apply even to an OTT stage in the function the content appeared on such OTT platforms is in contradiction of such laws.

(b) Indian Penal Code, 1860 (“IPC”) – IPC condemns (I) the deal or appropriation of revolting abstract works; (ii) purposeful and noxious aim of shocking the strict feelings;(iii) the acts of slander and spread of any abusive content; and (iv) penalizes anybody who affronts or shows any item which affronts the unobtrusiveness of any lady or interferes her security.

(e) Information and Technology Act, 2000 (“IT”) – penalizes distributing or sending revolting material, sexually unequivocal material and material portraying children in sexually express acts, in electronic structure. Further, the Central Government has been engaged to give bearings to impede public access of any information and rebuff any act which disregards security of any individual. The IT Act, 2000 additionally permits the government and the courts to coordinate the network access suppliers, on whose network clients access the OTT streaming websites, to either impede or bring down movies accessible on such streaming websites that they think about shocking. Notwithstanding, the greatest discussion encompassing the IT Act is whether the OTT players can hole up behind the sheltered harbor protection and stay away from any sort of risk. The courts have prior decided that the OTT platforms are intermediaries12 according to the content they have on their websites, applications, and so forth In that circumstance, The Information Technology (Intermediary Guidelines) Rules, 2011 (the “Middle person Guidelines”) told by MIETY give a due industriousness framework to be seen by mediators in regard of the information being facilitated or distributed.

The framework and arrangements under the Intermediary Guidelines will likewise be material to OTT platforms which qualify as mediators under the IT Act. Notwithstanding the courts expressing that OTT platforms are delegates, one bone of contention has been that the OTT platforms like Netflix, Hotstar, Voot, and so forth have authority over the content they stream on their websites in light of the fact that possibly they permit the content from creation houses or they make their own personal content for instance – Netflix firsts, Hotstar firsts, and so on Accordingly, if the platforms are picking and making their own personal content, would they actually be named a mediator and take cover behind the clothing of Section 79 of the IT Act?Intermediary-Guidelines

The Self-Regulation Codes With an expect to regulate the online content guardians, the IAMAI delivered a regulatory code in January 2019 called ‘Code of Best Practices for Online Curated Content Providers (“2019 Code”)’13 which was marked by a portion of the OTT players, for example, Netflix, Hotstar, Voot, Zee5, Arre, SonyLIV, ALT Balaji and Eros Now. The 2019 Code set out the entomb alia framework for a straightforward exposure framework by (I) ordering the content into unmistakable and separate classes and that age-improper content for minors would be joined by significant disclaimers (ii) characterizes denied content and age delicate content;(iii) accommodates an objections’ redressal system, whereby the OTT platforms will select a devoted individual or group or division to get and address any buyer related concerns and grumblings.

The IAMAI, in February 2020, presented another code named ‘Self-Regulation for Online Curated Content Providers (“2020 Code”)’14 as a second level to the 2019 Code. Allegedly, Hotstar, Voot, SonyLiv, Eros, and Reliance Jio marked to add a second level to self-guideline for OTT space15. Notwithstanding, Netflix, ALT Balaji, MX Player and Zee5 have certain reservations concerning the expansion of another level to the 2019 Code versus the 2020 Code. The 2020 Code set out a couple of changes in the way of guideline of OTT platforms, including:

• OTT platforms to show a content descriptor or a direction message explicit to each content/program that demonstrates and illuminates the watcher about the nature regarding the content and exhorts on watcher circumspection.

• Introduction of penalties: The 2020 Code enabled the DCCC to force penalties of up to Rs. 3 lakhs in the event of infringement.

• The signatories would likewise get grumblings sent by any authority/body/division/nodal organization of the Government of India.

• The OTT platforms would need to order the content accessible on their websites and characterize similar dependent on the nature and kind of content in the classes referenced in the new code.

• The establishing signatories to the 2019 Code would set up a different body under the IAMAI, which will be known as the Online Curated Content Providers Governing Council (“OCCP Governing Council”).

The 2020 Code gives off an impression of being a complete framework notwithstanding, given the fact that a portion of the OTT platforms are not signatories to the 2020 Code, its viability should be tried by the progression of time.

It is certain that with the appearance of the ‘OTT period’, the transaction between media content and proprietorship, administration arrangement and regulatory decisions will go through huge interruption. Some online players have begun self-blue pencilling their content inspired by a paranoid fear of suit. Post the 2020 Code coming into place, Netflix delivered a bunch of new guidelines executing the 2020 Code and giving secret key protection to profiles and channels for age-wrong content for youngsters. The execution of the self-guideline codes may end up being a forthcoming test as all players have not consented to sign the code. There should be a finished industry tie for the achievement of the self-guideline system. Having talked about controlling online content it is expected that an excess of restriction/guideline could influence the innovative freedom of the content essayists/makers and that thusly will influence the viewership of OTT platforms. The regulatory framework for OTT platforms has been a work-in-progress since a large portion of 10 years, and it would appear that we actually have a couple of gaps to fill in.

Did you find apk for android? You can find new Free Android Games and apps.
Share
Facebook
Twitter
Pinterest
WhatsApp
Previous articleAllahabad High Court orders release of girl from custody of father, uncle
Next articleLoan moratorium case to be heard by Supreme Court on Thursday