Hathras Case: Court asks State Government to take a call on the removal or retention of district magistrate by November 25 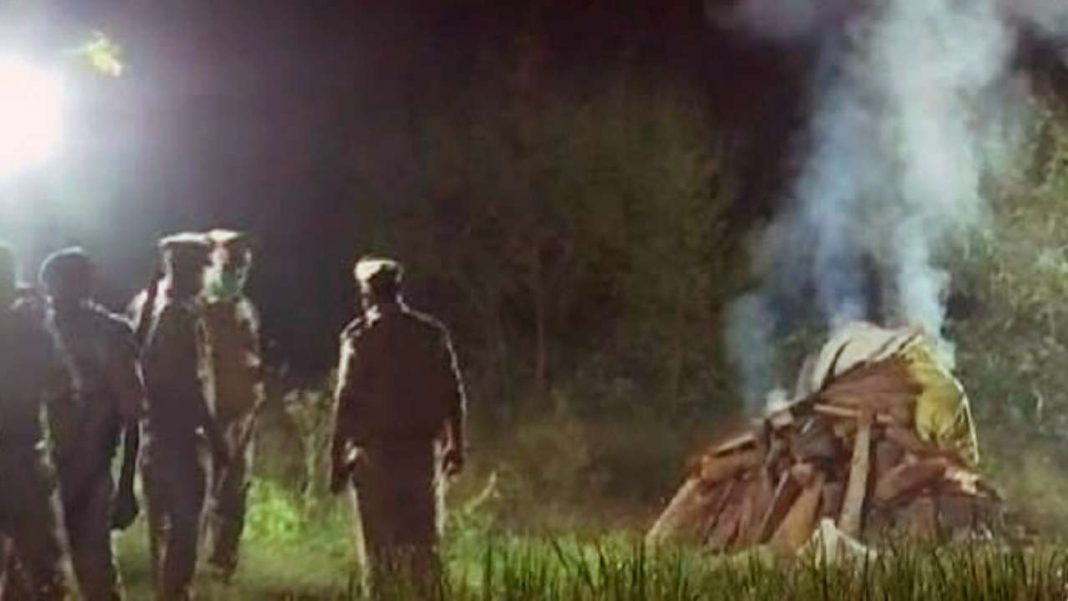 New Delhi (ILNS): The Uttar Pradesh government will now take a decision by November 25 on the removal or retention of Praveen Kumar, the District Magistrate (DM) of Hathras. This was informed to the court by the state government while the Lucknow bench of the Allahabad High Court was hearing the Hathras case yesterday.

The court had asked specifically to the government on the issue. The DM had come under attack from all corners, following the secretive and late-night cremation of the victim near her home on September 30.

On this, the government said that a decision will be taken in this regard by the next hearing, which will be held on November 25. The state government told the court that nothing wrong has been found against the District Magistrate so far, and the then Superintendent of Police was removed for not handling the case properly and due to some initial lack of deliberation.

A bench of Justices Pankaj Mithal and Rajan Roy was hearing a PIL which the court had earlier registered suo motu in the case.

On the other hand, a counter affidavit was also presented on November 2, by the state government, District Magistrate Praveen Kumar, and the then SP Vikrant Veer. Additional Advocate General VK Shahi said that in the government’s affidavit, a draft guideline for the last rites has been presented in the event of an incident like Hathras being repeated.

The District Magistrate said in his affidavit that after the incident an attempt was made to give political colour to the matter from Delhi itself. The leaders of some parties tried to take the dead body in their possession and the ambulance was also disturbed. He said the state was on high alert and in view of the circumstances, the funeral was decided in the night itself. Had it not been done, thousands of people would have gathered and tried to give it ethnic color. It was also said that funeral consent was obtained from the father of the deceased.

The then SP Hathras Vikrant Veer has also confirmed the statement of the Collector. It was said that kerosene was not used in the funeral. During the hearing, ADG, Law, and Order Prashant Kumar, Home Secretary Tarun Gaba, and the then SP Vikrant Veer were present in the courtroom in compliance with the previous order of the court.

The bench further ordered the Central Bureau of Investigation (CBI) to file a status report on the investigation in the case by November 25. Advocate Anurag Singh appeared on behalf of the CBI. The court was also informed by the state government that the compensation amount has been transferred to the bank account of the father of the deceased.

At the same time, 25 percent of the compensation received under the SC-ST (Prevention of Atrocities) Act has been transferred to the father of the deceased, while the rest of the compensation amount is provided for filing the charge sheet and the decision of the trial court on the case. Regarding security also, it was told by the government that the responsibility of the security of the victim’s family has been given to the CRPF.

Senior Advocate Siddharth Luthra appeared on behalf of the accused. He requested the court not to make any such comment in relation to the investigation which adversely affected the rights of the accused.

Advocate Seema Kushwaha, appearing on behalf of the victim’s family, reiterated the demand for the trial to be taken out of the state. At the same time, Senior Advocate JN Mathur appeared as Assistant Solicitor General SP Raju and Amicus Curiae on behalf of the Central Government.

The court has reserved its order after hearing the arguments of all the parties involved in the matter.