A Master in Asking Hard Questions, But No Hard Feelings: Prof Upendra Baxi on Justice Chandrachud

A judge is known by his dissenting verdicts. And Chief Justice DY Chandrachud, who is a champion of human rights and liberal values, has broken new grounds in jurisprudence by his forward-looking judgments. How will all this reflect during his tenure? Eminent legal expert PROF UPENDRA BAXI shares his insights with INDIA LEGAL. 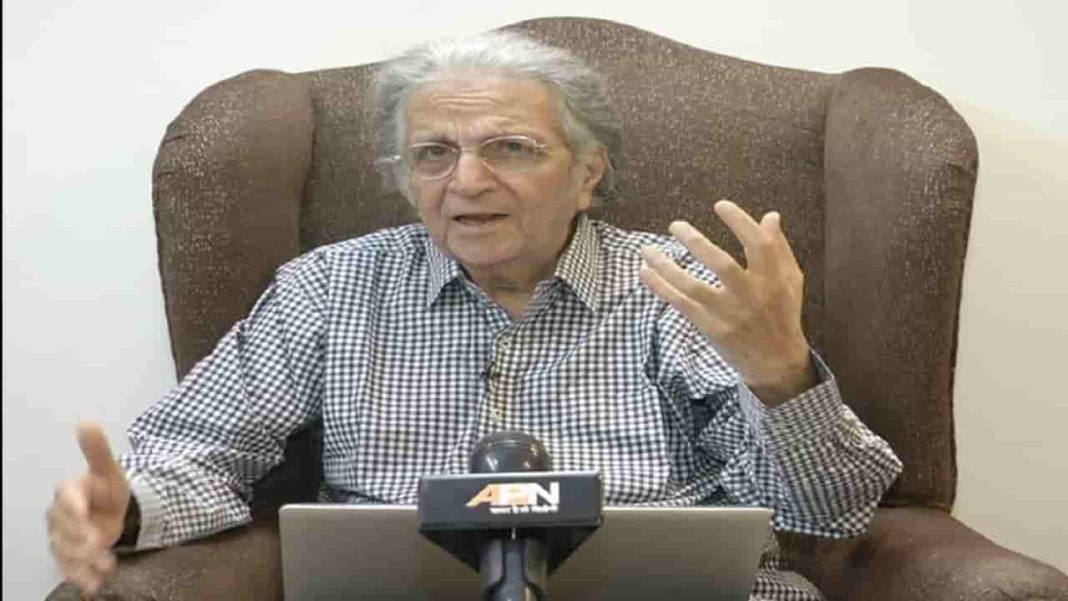 India Legal: What are your thoughts on the appointment of Justice Chandrachud as chief justice of India (CJI)?

Prof Upendra Baxi: I am very glad that Justice Chandrachud has been appointed CJI. He fully and richly deserves it. It is a convention to nominate the CJI. The nomination takes place from the outgoing chief justice to the government, and in this case, the government has itself taken the initiative to announce the appointment of chief justice designate. Customs and conventions of the Constitution have been observed.

IL: After a long gap, Constitution benches have been set up in the apex court. Matters of national importance like the UAPA, electoral bonds and CAA, which were on the backburner for long, have been placed for hearing. Most will have to be heard and decided during CJI Chandrachud’s tenure. How will he and his team handle these political touch-me-not issues?

PB: Touch-me-not is a very happy expression. A number of important cases were decided earlier such as Ayodhya, the farmers’ movement, Shaheen Bagh….So there is the pressure of current events from the Supreme Court and the pressure of past events like demonetisation. Everything is challenged. There is no bar on a citizen in exercising the fundamental right to constitutional remedies. Anybody can go to the court with any issue and say it is constitutionally invalid. The courts have expanded jurisdiction under Article 136, Article 142, etc., and special leave petitions and have many remedial instruments. The courts have been adopting different adjudicating patterns. There is the queue system which keeps everything orderly. However, this system is not observed in the judiciary as a whole. I am sure that Justice Chandrachud as CJI will be sensitive to these problems, and the scheduling difficulties which courts are experiencing now will be overcome in due time.

I am making a distinction between two types of adjudicating leadership. One is OAL or organisational adjudicative leadership and HAL or hermeneutical adjudicative leadership. This distinction is very essential. It helps you to understand how courts function. CJI UU Lalit did a good job in his short tenure and constituted five-judge benches, and for the first time, the Supreme Court is functioning with full strength. Earlier, it was bit too tight. Few judges and lot of work. The workload still remains.

IL: Justice Chandrachud has been a champion of human rights and had supported the right to dissent in his verdicts (Bhima Koregaon, etc). In most of the dissent matters, it was the government which was the opposing party and UAPA, NSA-like laws were used for arrest. If Justice Chandrachud maintains continuity of stand, what turn of events do you foresee? Do you see more confrontation with the centre, more pro-accused verdicts, a more liberalised bail regime and possibly changes in some draconian laws?

PB: I do think that the fundamental rights to constitutional remedies will find greater resonance in Justice Chandrachud’s tenure. It already had during the tenure of CJIs NV Ramana, Dipak Misra….They had emphasised the citizen’s power to question the government’s obligations, and whether its decisions were arbitrary or not. The Supreme Court is bound by Article 32. It cannot not decide. It may delay and defer, but it has to decide the matter. I think like almost all judges, Justice Chandrachud is a responsible and responsive judge. He also has the experience of leading the Allahabad High Court as the chief justice. So there is no reason to think that he will be less responsible or less responsive now.

IL: The stand taken by the CJI is often a signal which the High Courts and lower courts follow. Justice Chandrachud is marked by his liberal, progressive, pro-feminist and gender equitable philosophy. How much will this percolate to the judicial ranks? If it does, it can surely bring a marked change.

PB: Yes, Justice Chandrachud is a very progressive judge and his judgments reflect that. He is certainly a pro-gender judge in the sense that he gave very progressive judgments for sexual minorities. He has participated in progressive opinions and written some of them. He has given ideas of inter-generational justice, of intersectionality (multiple causes of oppression) and progressive ideas on gender equality. He has done beautiful work in interpretation of the Constitution, doctrine of proportionality and constitutional morality. In a sense, all these decisions are binding on smaller benches of the Supreme Court and all High Courts of the country as per Article 141. The lower courts have to follow the majority opinions of the apex court. The question is not of judicial overreach, but of executive underreach. Overreach is not a problem. The Constitution should reach each and everyone. Justice Chandrachud has asserted that. I believe he will exercise a giant influence on the courts. I hope he also influences the culture of constitutional governance in the country.

IL: In one of his verdicts, Justice Chandrachud remarked: “The framers of the Constitution rejected the notion of a Hindu India and a Muslim India. They recognised only the Republic of India.” However, his courtroom comments on the possibility of challenging the maintainability of the Places of Worship Act have opened a Pandora’s Box. As co-judge in the Ayodhya judgment, can we look at his tenure where his verdicts will impact the emerging concept of a Hindu India?

PB: I don’t see any problem with the two decisions that you mentioned. Most people don’t read judgments. I have read the Ayodhya judgments 7-8 times. It is a difficult judgment. In the Ayodhya verdict, it is said that the Places of Worship Act is constitutionally valid. However, it goes one step further and says it is part of the basic structure of the Constitution. Now, places of worship and their status have been frozen not only by the Act, but also because it is part of the basic structure of the Constitution. Coming to the current matter, Justice Chandrachud has spoken in the context when in the civil suit, the question is not that of property, but of worship; not of title to property, but right to worship. Right to property does not question the status of the religious place. It may in future have an impact on the status of the religious place or place of worship. The Ayodhya verdict has upheld the right to pray. Justice Chandrachud, I think, has taken the right decision on the issue. He has not proposed any changes in the Places of Worship Act. The fact is that right to pray remains part of the basic structure of the Constitution and therefore, can’t be changed. How the court will deal with it in future no one can say. But given the history of the religious structure, judicial doctrine and consistent with the way the judiciary has dealt with the idea of basic structure, it is unlikely that any change will happen.

IL: Justice Chandrachud is a master in asking hard questions to the government. It is thought to be an alternate to classical judicial activism. Hard questions in the courtroom often force the government to reverse some of its decisions (eg, vaccine policy). Will this approach lessen the schism with the government?

IL: Of late, cracks have appeared in collegiums. What are the challenges for Justice Chandrachud in this regard?

PB: Cracks in the collegium! It makes a good alliteration. It’s about disagreement amongst member judges of the collegium on issues like appointment and transfer of judges, memorandum of procedure, etc. These cracks appear all the time. I don’t think anywhere in the world you can make the appointment process transparent. There is no way you can avoid difference of opinion for appointment in high places. I have experienced it as vice chancellor of Delhi University. Talking of the collegium, I firmly believe that the people of India will never know how judges are appointed, whether by the executive or by the judiciary. Since prime minister Nehru’s time, till the Judges Case, for 40 years, judges were appointed by the executive, by the prime minister, law minister, president. Today, we don’t know how judges are appointed or transferred. There is no risk of democratic knowledge entering judicial appointment. When a chief justice is to retire, he proposes the name of the seniormost judge as his successor. This is convention. Outside the convention, there is some room for play for both the collegiums and the executive.

PB: There are many judicial reforms that can be done. I hope he has the time. Former CJI Ramana knew that he had to concentrate on certain matters like appointments, and he didn’t have time for disposing cases that were piling up. Two years’ time is good enough for small reforms, but too short a time for making monumental reforms. I think small reforms will go a long way and it is the same in e-governance. For example, why can’t judges resort to algorithmic justice in certain matters such as anticipatory bail, flight risks, etc? Flight risk can be computed algorithmically most accurately as compared to judges or human agency. There are many areas where artificial intelligence can be applied. Judges’ discretionary powers will stay, but the verdicts will be aided by technology. Such small steps can be taken. It will reduce the workload on judges. I hope that Justice Chandrachud will move fast in these directions. Not replacing, but associating algorithm in justice dispensation process.