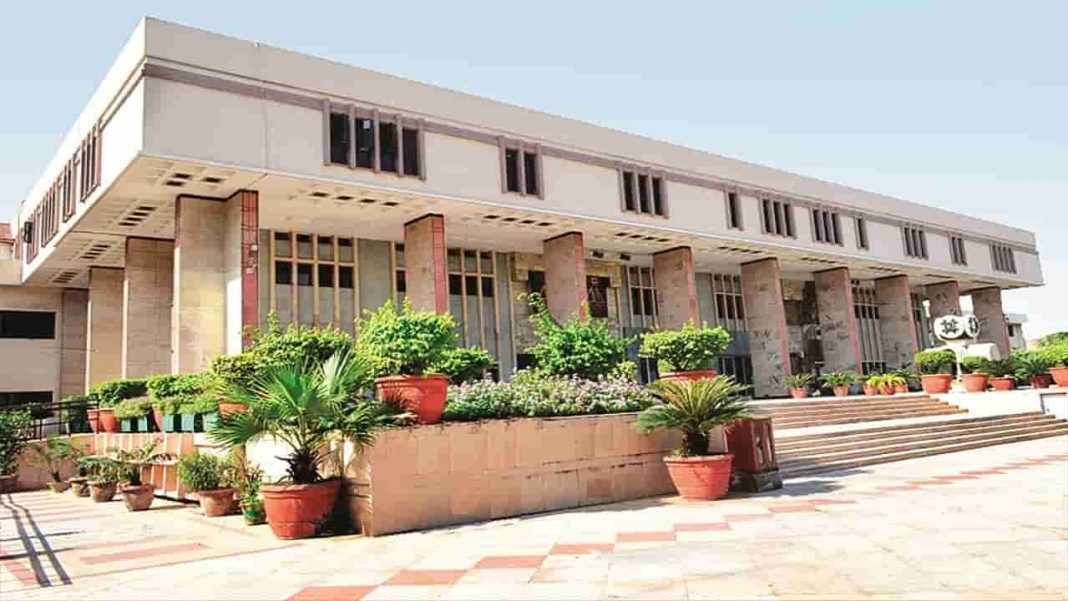 The Delhi High Court has directed the Delhi government to ensure that the advanced cardiac life support (ACLS) service is installed on the Delhi High Court premises before December 6, 2022. The division bench of Justices Manmohan and Manmeet Pritam Singh Arora passed this order while hearing a suo motu petition on the requirement of basic life support systems in public places.

Earlier, during the course of hearing on the issue, the standing counsel for the Delhi High Court had submitted a status report on behalf of the registrar general of the Delhi High Court. The report stated that ACLS facilities are unavailable at the Saket, Dwarka, Karkardooma and Rouse Avenue courts. The Dwarka court, which neither has an ACLS or Basic Cardiac Life Support (BCLS) facility, will require a completely new infrastructure and manpower to establish such facilities, the report stated.

The report further said that the Patiala House Courts and the Rohini court do not have the physical infrastructure for setting up an ACLS centre. It stated that the Tis Hazari Court has one ACLS ambulance which is stationed daily to transport patients to nearby Delhi government-empanelled private hospitals. Similarly, the Rohini court also has one centralised accident and trauma ambulance with essential equipment, a driver and one emergency medical technician to provide 24-hour service.

During the hearing, the additional standing counsel (civil) for the Delhi government handed over the recommendation of the Delhi High Court Medical Committee for setting up ACLS facilities on High Court premises.

The Court noted that one of the members of the committee, Dr Kamal Jeet Singh Bansal, chief medical officer, stated that there is a space available in Delhi High Court for setting up an ACLS service. Accordingly, the Court directed the High Court Medical Committee to identify/earmark the space for setting up ACLS services within two weeks. “As far as the District Courts are concerned, the Government of NCT of Delhi is directed to explore the possibility of either stationing ACLS ambulances at each and every District Court or to allow erection of porta cabins for provision of ACLS services in the District Courts,” the Court said.

The Court also directed the Delhi High Court Medical Committee as well as the health department of the Delhi government to consult with the respective district judges in order to enure that the entire staff in the district courts are regularly sensitized about cardiopulmonary resuscitation (CPR) guidelines of compression-only life support (COLS) for management of the victim with cardio-pulmonary arrest and the use of Automated External Defibrillator (AED). The Court also directed the Delhi Metro to explore the possibility of setting up of ACLS services at all major inter-change stations within six weeks and ordered that an affidavit in this regard be filed before the next date of hearing.

In previous hearings, the Court had directed the respondents, including the Delhi government, Railways and Delhi Metro, to file an affidavit indicating the steps taken to establish centres providing BCLS and the ACLS services. In 2018, the Court had initiated a PIL on its own related to the requirement of basic life support systems at various public places. It had asked various authorities, including the centre, Delhi government, Railways, Delhi Metro Rail Corporation and courts, to inform it as to what steps they have taken to establish the centres providing BCLS as well as ACLS services. It had also asked about the infrastructure already provided and what they are going to provide in the new centres and also the number of personnel deployed at such centres and the future roadmap.

ACLS refers to a set of clinical guidelines for the urgent treatment of life-threatening cardiovascular conditions that will cause or have caused cardiac arrest, using advanced medical procedures, medications and techniques. ACLS expands on Basic Life Support (BLS) by adding recommendations on additional medication and advanced procedure use to the CPR guidelines that are fundamental and efficacious in BLS. ACLS is practiced by advanced medical providers, including physicians, some nurses and paramedics; these providers are usually required to hold certifications in ACLS care.

While ACLS is almost always semantically interchangeable with the term “Advanced Life Support” (ALS), when used distinctly, ACLS tends to refer to the immediate cardiac care, while ALS refers to more specialized resuscitation care, such as ECMO and PCI. In the EMS community, ALS may refer to the advanced care provided by paramedics while “BLS” may refer to the fundamental care provided by EMTs and EMRs, without these terms referring to cardiovascular-specific care.

ACLS refers to a set of guidelines used by medical providers to treat life-threatening cardiovascular conditions. These life-threatening conditions range from dangerous arrhythmias to cardiac arrest. ACLS algorithms frequently address at least five different aspects of peri-cardiac arrest care: Airway management, ventilation, CPR compressions (continued from BLS), defibrillation, and medications. Due to the seriousness of the diseases treated, the paucity of data known about most ACLS patients and the need for multiple, rapid, simultaneous treatments, ACLS is executed as a standardized, algorithmic set of treatments. People will suffer from different illnesses that cause life-threatening problems. Doctors try to save the patients till the last phase. BLS and ACLS are the supportive treatments that the hospitals provide for patients with cardiac and severe injuries.

The main difference between BLS and ACLS is that BLS is the supportive treatment that treats the injuries and illness at the first phase. ACLS is a supportive medical treatment that doctors use to furnish treatment for severe cardiac problems, stroke and life-threatening emergencies. BLS is a first phase treatment that helps the patients until he/she gets the advanced treatment. The BLS treatment helps as first-aid treatment. This medical care will be provided by the nurses to treat patients at an early stage. ACLS treatment is provided by doctors for cardiac attacks, strokes, myocardial infarction and some other life-threatening problems. This treatment will be handled by doctors only.

For the Delhi High Court to have an ACLS facility on the premises seems to be a critical issue.