With the listing and hearing process on the fast track at the Supreme Court, Chief Justice of India UU Lalit has initiated a long-sought-after process of change. In the India Legal show, hosted by APN News channel’s Editor-in-Chief Rajshri Rai, experts analysed the new work ethics at the top court. A report 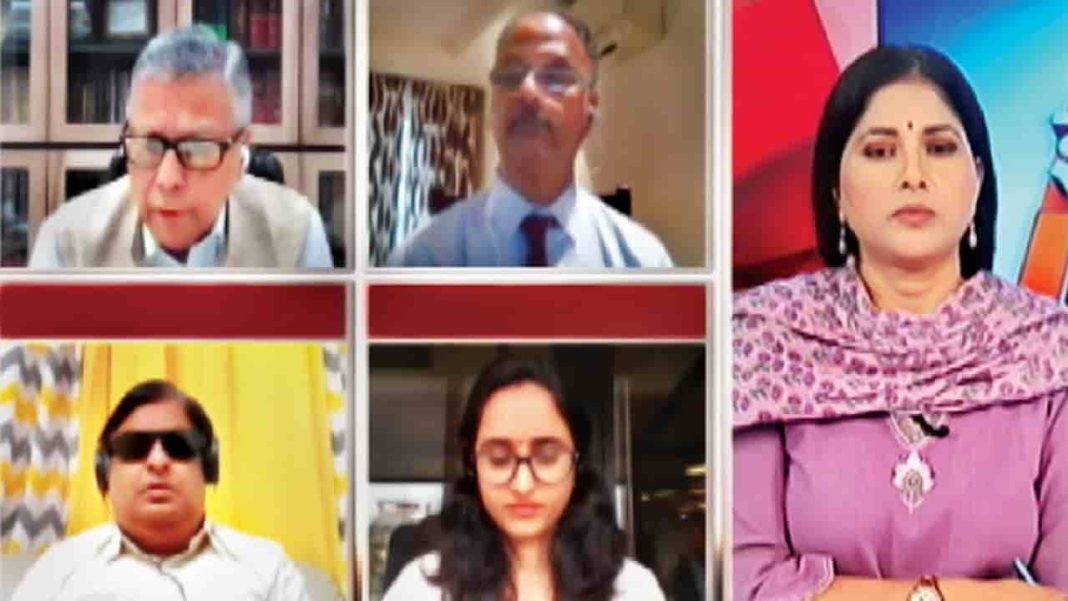 With a tenure of just 74 days, the new chief justice of India (CJI) is a man in a hurry. The initiative taken by him to improve the functioning of the Supreme Court as soon as he took office has started showing results. The court proceedings have accelerated and the cases are being settled quickly. The initiatives seem to be setting an example for future CJIs.

Since taking over as CJI, Justice UU Lalit has put on trial substantially more cases, especially the old, pending cases; the system has started to work fast towards ensuring their disposal. In the last 13 working days, 5,200 cases have been disposed of. That is after adopting the new listing, the pendency has been reduced by over 4,000. Many cases, which were on the backburner for long like Kappan’s bail petition, the release of the convicts of Bilkis Bano, Prashant Bhushan contempt case, Gujarat riots, CAA, Hijab, EWS reservation and the like, have either been settled or are being heard swiftly.

Justice Lalit will retire on November 8 and his tenure as CJI is of 74 days, and if holidays are removed, he is left with even fewer days. With around 71,000 cases at the top court and important constitutional matters pending his job is challenging. No wonder, the CJI seems to be in a hurry and his agenda is clear.

Justice Lalit has decided to put the old, pending regular cases for hearing from morning till lunch, while hearing on the miscellaneous or new cases is taken up during the second part of the day after lunch. More importantly, the CJI has set up two Constitution benches and listed 25 relevant cases. He has promised to make at least one Constitution bench functional throughout the year. Furthermore, 15 two-judge benches are to operate for other cases.

Jana Kalyan Das, senior advocate at the Supreme Court, said: “We have an integrated and hierarchical judicial system. In this system, rules arising from Article 141 are binding at all levels of the judiciary—on all courts and tribunals across the country. If we consider Article 145(3) of the Constitution, if a matter has a substantial question of law that needs to be resolved then it has to be referred to a Constitution bench of five judges. The Constitution bench actually lays down the law. On the basis of constitutional matters jurisprudence laws are formulated. Hence all matters linked to a particular case remain pending till the main case is resolved. Hence, there is a direct correlation between pendency and constitutional court matters. The main function of the Supreme Court is interpretation of law hence the CJI is giving priority to Constitution benches.”

The JALDI report of VIDHI shows that the country’s top court has become the court of appeal. Between 1950 and 1954, 15% of the cases decided by the Supreme Court were decisions of Constitution benches. Between 2005 and 2009, this figure had come down to 0.12%. In 2021, only three judgments were delivered by the Constitution benches.

Deepika Kinhal, senior resident fellow at VIDHI, assessed the situation. She said: “The CJI has taken initiative in those specific areas which the VIDHI report had identified. The fact that Justice Lalit has taken steps to resolve the problems will mean that there will be clarity and consistency which will lead to efficiency and transparency in the system. The litigants will know what is happening in the Supreme Court and in their cases as well. A major step has been the formation of Constitution benches. He has formed two of them, and has assured that at least one will be functional throughout the year. This precisely was our recommendation. In the last few decades what has happened is that the Supreme Court has gone from being a constitutional court to an appellate court. This trend will be reversed now.”

The CJI had recently admitted that the new listing policy has created last moment listing problems. This has created additional workload for the judges and for the advocates. He had, however, assured that the problem would soon be resolved. The CJI had also quashed controversy by stating that all the judges are on the same page as far as listing issues are concerned. One aspect of listing is how cases are accepted at the Indian courts. The case filtering system needs refurbishing.

Kinhal said: “Foreign courts have admission rates of 10% to 15%. Indian courts have a very low rate of case admission. The court should be clear what type of cases it should take up and the threshold for such cases should be high. Talking of how Special Leave Petitions (SLPs) are distributed across different judges, we started in 1950 with about eight judges, now we have a potential strength of 34 judges. Justice Lalit’s decision has been to set up 15 two-judge benches to hear regular matters. This combined with admission of fewer appeals will be helpful.”

There is a growing caseload of SLPs in the Supreme Court. The Court dismisses about 80% of them. Hence, there is a need to discourage lawyers and litigants to file non-serious appeals and SLPs. Here fingers are being pointed at the Court registry regarding ad-hocism and non-transparency. This needs to be rectified.

Das said: “Court Registry is at fault in assigning one and all cases without discretion. In accordance with Article 136, any order can be challenged as SLP in higher court. This creates a deluge of SLPs, and it becomes unmanageable. One way out is to appoint two judicial officers to filter cases which are not worthy of review. This can curb irresponsible filing.”

Long-winded discussions are a bane of Indian judiciary. It eats up valuable court time and encourages delay; at best it is viewed as an obstructionist technique in which the lawyers delay proceedings by senseless debate. The litigant is always at the receiving end. As a lawyer who has risen to the rank of CJI, Justice Lalit knows this well. Hence, he is trying to put in place a system of hearing wherein written submissions from advocates are preferred and debate timelines strictly defined.

Das said: “I back the steps taken by CJI Lalit to curtail prolonged, meaningless arguments in courtrooms. This is judicial filibustering and it needs to be dissuaded. The senior lawyers were given unlimited time by judges and these lawyers would go on arguing the case for months at end. They would read from books and indulge in rhetoric, and judges would listen patiently without interfering. Justice Lalit has done well to curb the practice.”

Justice Lalit’s efforts to streamline systems at the top court can get a fillip from technology adoption in critical areas. In the context of the Supreme Court e-Committee proposals, there is a need to increase the overall use of technology. As Kinhal said: “It is clear that CJI Lalit is seriously concerned with improving transparency and scheduling of cases. A tool exists for scheduling. This can be used with benefit in the Supreme Court for scheduling cases. If such a system is adopted, it will help the judges to organize their calendar and will help them to keep an eye on their cases too. One important spin-off of this system will be that it will be generating a timeline for litigants. Right now, the litigant doesn’t know about his case, but in this system, he can keep track and this will bring transparency and accountability to the judicial process.”

With a heavy load of pendency and fewer judges, the scenario is quite challenging and open to criticism. Dr Sanjay Jain, professor at the National Law School of India University, Bengaluru, said: “Indian judges are doing an amazing job when you look at their case-load. There are lots of possibilities to improve their productivity. As for the institution of law clerks, their effectiveness can be improved further. We have to look at the training and teaching process at the law school levels. It should shift from rote learning to analytical thinking. The law clerks provide valuable support to the judges. They are the back-office boys. Improving the calibre of law clerks can definitely impact positively on judges’ performance.”

There are certain areas of the judiciary which are overtly technical. Environment, technology related issues need an informed worldview. Justice Sharma said: “I support the idea of specialized judges for specific matters. There are judges who have expertise in criminal, service and taxation matters. They have worked extensively in this field. By placing them in benches which handle similar cases, they can expedite cases faster and can be comparatively more efficient. The judges will not be taken for a ride by lawyers and the cases will be resolved as per the law.”

Dr Jain, however, had his own view on the issue of specialized judges. He said: “Constitution of benches on the basis of specialization of judges is a controversial issue. The judge is expected to be specialized in law. We don’t pick and choose judges on the basis of their specialization. Hence, we have to be very careful in choosing judges based on their expertise. This may impact the institution of judges.”

Indeed, the CJI has put the whole judicial system of the Supreme Court on the fast track. If the current rate of hearing and disposal is maintained, 18% of the backlog, or around 12,500 cases, will be decided by the end of the current CJI’s tenure. This is a momentous start and the system can become a model for emulation by his successors.