Six years after the misadventure, people are still fumbling to find answers. With black money still in circulation, what was the purpose of the move? The government needs to explain. 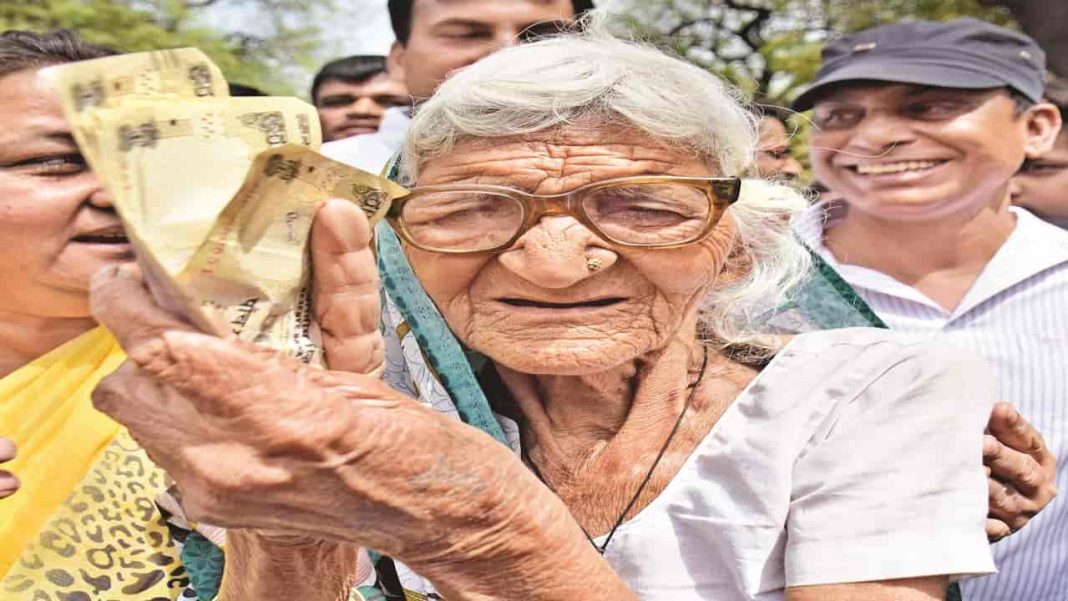 When the Modi government introduced demonetisation six years back on November 8, 2016, it had anticipated that it would wipe out at least Rs 3-4 lakh crore of black money. However, RBI data has disclosed that more than 99% of the money that was cancelled came back into the banking system. Meanwhile, fresh captures of black money persist.

Prime Minister Narendra Modi had appeared on national television then and said that all Rs 500 and Rs 1,000 currency notes would become worthless at the stroke of midnight. The broadcast at 8pm on November 8, 2016, led to almost 86% of the currency in circulation becoming untenable four hours later. The prime minister’s judgment amazed a few economists who debated that only about 5% of black money was hoarded as currency, while the balance was in the form of other assets such as real estate and gold.

The Modi government tendered a few economic reasons for this sudden move—flushing out black money, wiping out fake bank notes and generating a cashless economy by pushing for digital transactions. Among these objectives, the major one was blocking black money.

However, the question in most minds six years later is: has India accomplished any of the stated intents after demonetisation? History demonstrates that the route of demonetisation has been employed in several nations, be they developing or developed. While some nations have relished the success of it, other economies have failed as the move turned out to be a misadventure.

Several nations which faced huge challenges with black money and persistent circulation of fake currency notes introduced demonetisation as a remedy to such challenges. For instance, Germany in 1923 embraced demonetisation because of high domestic prices and racing inflation. The US opted for demonetisation to wipe out black money. Britain in 1971, Ghana in 1982, Nigeria in 1984, Myanmar in 1987, Zimbabwe in 2015 and the Philippines in 2016 too took this route.

However, it is an open secret that demonetisation did not achieve the goal of removing black money. According to the RBI data, virtually the whole chunk of money (above 99%) that was quashed came back into the banking system. Of the currency notes worth Rs 15.41 lakh crore that were nullified, Rs 15.31 lakh crore returned.

In the absence of latest assessments, it is hard to measure how much black money was recovered since the note-ban implementation. Former RBI governor Dr Raghuram Rajan revealed in his book I do what I do that he never backed the note ban and felt that its short-term influence could overshadow long-term benefits.

Meanwhile, cases of black money capture continue at an alarming rate. In August 2022, the income-tax department declared that it unearthed black income of more than Rs 150 crore after it searched numerous business groups that run hospitals in Haryana and Delhi-NCR. Likewise, it unearthed hidden income above Rs 250 crore during raids against two business groups involved in the silk saree business and chit fund in Tamil Nadu. There are many such cases across India.

The government’s decision to launch Rs 2,000 currency notes then was puzzling if it desired less cash to be available for hoarding black income. Afterwards, it launched electoral bonds, which became a process of bribing political parties in white. Thus realistically, demonetisation did not restrict the black economy.

The second intent of the plan—stopping bogus bank notes—also appears to have come a cropper. According to the annual report of the RBI published on May 27, 2022, fake Indian currency notes shot up by 10.7% in the financial year that ended in March 2022. The apex bank uncovered a 102% rise in bogus notes of Rs 500 denomination and more than 54% rise in Rs 2,000 denomination.

Undoubtedly, digital payments have risen post-demonetisation. According to the RBI data, in October 2022, transactions executed through the Unified Payments Interface (UPI) touched a new high of Rs 12.11 lakh crore. In the financial year 2022, around 71 billion digital payments were recorded across India. This was a significant increase compared to the previous three years. UPI recorded strong gains, both in numbers and value, since 2015.

Although, a cashless economy was pitched as another gain of demonetisation, it is obvious that cash remains king in the post-note-ban years. According to RBI, currency with the public was Rs 32.10 lakh crore as on October 28, 2022, from Rs 17.7 lakh crore on November 4, 2016.

A large number of people believed that the aim of demonetisation was to erase corruption and black money. Only some sections thought it was introduced to promote Digital India and prevent tax evasion. Many are unclear about the aim of demonetisation. After six years, it is the responsibility of the government to clear the air on this economic move.

The main goals of demonetisation are yet to be accomplished. People still wish to deal in cash to a large extent despite the increase in digital transactions. This was especially so due to the ease of online transactions which increased during the pandemic and ensuing lockdowns. This shows that digital channels would have picked up even without the troublesome economic decision. Discussions still continue whether the note ban was a judicious move in the Indian economic context.

The move led to some ugly and tragic events as cash crunch took over. Some deaths were reported due to long queues outside banks and ATMs. The large informal economy faced a sudden and drastic disruption, creating a negative impact on gross domestic product. Demonetisation badly affected those who had nothing to do with black income generation, while those generating it, benefitted.

It is obvious that all-round confusion pervaded this move of the government.