The Competition Commission of India, India’s anti-trust and competition regulator, has levied a fine of Rs 936.44 crore on Google for misusing its predominance concerning its Play Store policies. Significantly, it lays down India’s first authorized view on in-app payments by OS operators such as Google and Apple. 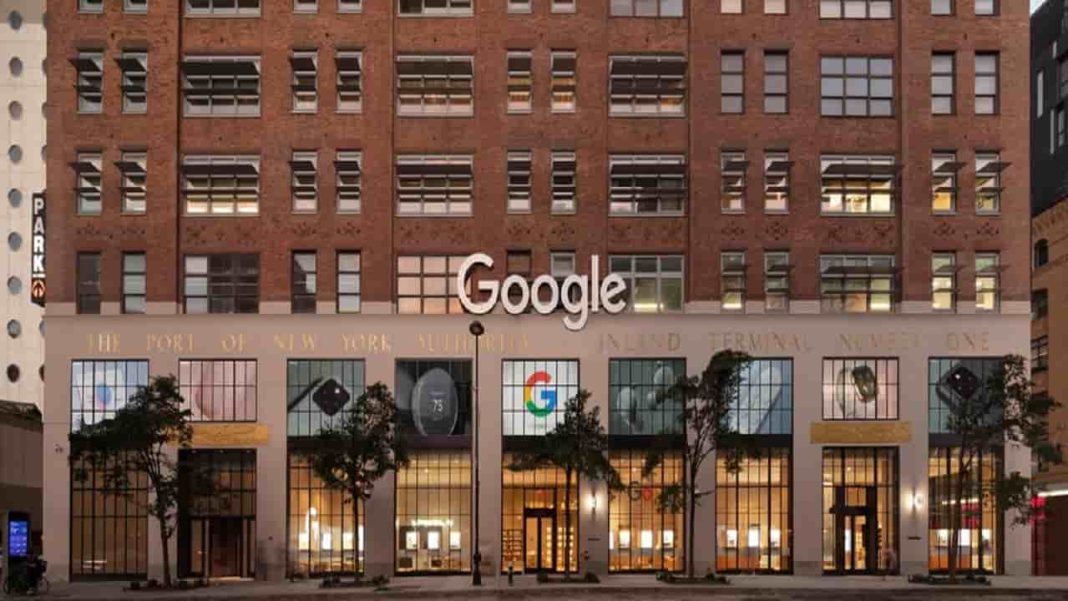 In addition to the fine, the CCI has also delivered a cease-and-desist order in which the regulator suggested few remedial actions that Google Play needs to execute to rectify anti-competitive customs. People with direct information on the subject matter believe that CCI may issue orders against Google in at least two more cases. At the root of the case is a strategy of the Google Play store that necessitates app developers to wholly use Google Play’s Billing System (GPBS) for all customer billings. This procedure has to be followed not only for receiving payments from the apps but also for in-app purchases made by customers. Any App developer who does not use GPBS is not permitted to list his product on the Google Play store.

According to Counterpoint Research, Google’s Android operating system controls 97% of India’s 600 million smartphones. Google imposed a 30% commission for all Play Store transactions in 2020. The action was roundly condemned by app developers worldwide and in India for suppressing competition. The Match Group (owner of dating sites such as Tinder) and a bunch of app developers lodged a grievance with the CCI which started investigating the matter and if Google was obstructing rival payment alternatives in its billing method. Over the last year, the CCI shared statements and evidence with the Alliance of Digital India Federation (ADIF), Match Group administrators, and several other app developers. The committee also called Google administrators for statements and evidence. Finally, it issued an order fining the company. Also, the CCI instructed Google to permit and not to block app developers from using third-party billing or payment administering facilities either for in-app purchases or for purchasing apps. It also ordered Google not to confine end users from retrieving and using features and facilities provided by app developers within apps. The CCI also told Google not to differentiate against other apps enabling payment via the unified payments interface (UPI) in India vis-a-vis its own UPI app Google Pay.

In total, the CCI order is noteworthy for two chief reasons. Firstly, it indicates a stronger crackdown on Google by the competition supervisor. Secondly, it lays down India’s first authorized view on in-app payments by OS operators such as Google and Apple. The ball on this was set rolling worldwide in 2021 when South Korea amended its Telecommunications Business Act and became the first province worldwide to lawfully prohibit monopolies that Apple and Google detained over payments on in-app purchases.

This is the second time CCI issued an order against Google in the previous week. On October 20, for exploiting its overbearing position in numerous markets with its Android mobile operating system (OS), the watchdog levied a fine of Rs 1,337.76 crore on Google. The watchdog also recommended a set of crucial measures that the company should obey. The CCI stated Google had mistreated its domination in the licensing of its operating system for smart mobile devices, the app store market for Android smart mobiles, general web search services, non-operating system-specific mobile web browsers, and online video hosting platforms. The CCI has given Google 30 days to submit the required financial particulars and supporting credentials.

According to CCI, Google supervises the Android operating system as well as other licenses, which bestows it an advantage over its competitors to pre-install the most well-known search entry points such as search apps, widgets, and Chrome browsers on Android devices. The CCI stated that Google also acquired a substantial competitive edge concerning its other revenue-earning apps like YouTube on Android devices. In 2019, the CCI commanded a comprehensive inquiry in the wake of complaints by consumers of Android-based smartphones. Android is an open-source, mobile operating system installed by Other Equipment Manufacturers (OEMs) of smartphones and tablets. Earlier in 2018, the CCI had levied a penalty of Rs 138 crore on Google for unjust business practices in the Indian market for an online search. Thus, Google is facing a series of antitrust cases in India. The competition regulator is also looking into Google’s business conduct in the smart TV market and its in-app payments system.

The volume of CCI’s penalty on Google is considerably lower as compared to penalties levied on Google in other jurisdictions. This newest obstacle for Google comes just a month after the European Court of Justice’s General Court supported the EU executive commission’s 2018 ruling to levy a fine on the tech giant, only decreasing the penalty amount from 4.34 billion euros to 4.125 billion euros. The latest EU penalty is only one among a larger number of antitrust penalties, which add up to over 8 billion euros, that Google could face in Europe.

The CCI can act against two infringements. That they are misusing leading status and anti-competitive behaviour. The watchdog can receive a grievance from a central or state government organization or an informer. It can even look into matters on its own. If at first glance, there is a case then the director general office is requested to submit a report. If there is no violation, then CCI can ask the parties affected to share their protestations or it can decide to close the issue. However, if a case is made out, then the CCI can pass instructions for further inquiry or take action. The anti-trust regulator can issue instructions to the parties concerned to stop such practices, re-enter discussions or levy a penalty. The maximum penalty can be 10% of the average turnover of the last three years. But, if it is a cartel, then even a greater penalty can be levied.

Now the question is how likely is it that the CCI will succeed in making Google pay the India penalty? An examination of its history might provide a hint. The CCI’s annual report for 2018-19, which is the latest one available, shows that most of the commission’s orders till the 31st of March, 2019, were under appeal before the National Company Law Appellate Tribunal or under challenge before various High Courts and the Supreme Court. The response in Rajya Sabha in July 2022 exposed that between April 2017 and June 2022, the CCI levied fines amounting to 4,369.39 crore rupees in 241 cases for contraventions of several provisions of the Competition Act, 2002. However, only an amount of 197.88 crore rupees, or about 4.5% of the total, had been paid by the companies. The rest had been stayed or set aside by tribunals and courts.

A Parliamentary Standing Committee report also showed a decrease in the budgetary distributions for the CCI in the last four years. According to the budget estimates, the CCI was allocated 46 crore rupees in FY23 showing no increase over the FY22 revised estimates. The funds allocated to the CCI would have an influence on the resources at its disposal to pursue cases. As of March 2022, out of the allowed strength of 195 staff, 69 positions were vacant. Insufficient recruitment is also likely to harmfully affect the CCI’s efficiency. Compare this to the EU Commission’s staff of 800, most of which can be roped in for research. According to a 2018 news report, the CCI’s research team had only 41 posts at that time.

As a final point, few big entities dominate markets across continents. They are also blamed for obstructing competition and not permitting smaller units to succeed. Even the United States which is home to big techs like Apple, Amazon and Google had to come out with an antitrust bill to introduce a level-playing field. However, the bill is at risk of failing as some big companies are bent against it and have spent millions of dollars in lobbying. The supremacy of a few big entities means higher prices and an absence of options for consumers. This is when we look towards the government to set things right. Is the consumer still king?