India has not allowed students, whose studies were disrupted by the Russian invasion, to continue their education in Indian medical colleges. The National Medical Commission has now ruled that these students can go to any other country to complete their education 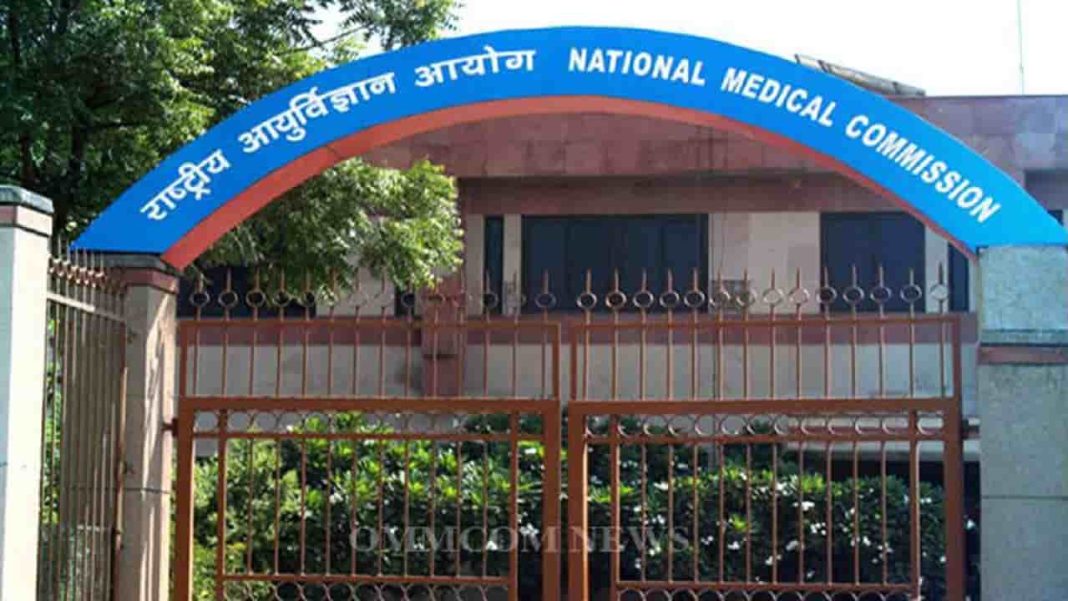 The Commission conveyed its no-objection for the academic mobility programme in respect of Indian medical students who are studying in Ukraine, provided that other criteria of Screening Test Regulations, 2002, are fulfilled. However, the Commission officially stated that the order does not mean that the students will be allowed to continue their course in colleges in India. India’s position remains unchanged on not allowing medical students in Ukraine, whose studies were disrupted by the Russian invasion, to continue their education in Indian colleges.

An estimated 18,000 medical students returned from Ukraine after Russia invaded the country in February. Around 3,000 to 4,000 Indian students joined medical courses in Ukraine every year over the last five years, based on the data on the number of students who appeared for the Foreign Medical Graduate Examination or FMGE.

An NMC official said that the latest “no-objection” essentially applies to students who gained admission to Ukrainian medical colleges after new regulations came into force in November 2021. The other students were free to continue their education in other countries under earlier regulations, which were ambiguous on such transfers. However, under Ukraine’s academic mobility programme, the degree will be issued by the parent Ukrainian university.

Last year, the Screening Test Regulations, 2002, were replaced by the Foreign Medical Graduate Licentiate Regulations, 2021, with stipulations on course duration, subjects and the maximum number of years in which to complete the course. The 2002 regulations did not have any specific clause barring transfers to universities in other countries. The new regulations, which came into effect in November 2021, states that the entire course, training and internship need to be done in the same university outside India.

The NMC official said this is the reason why the students who joined after November 2021 for course cycles in Ukraine that started in September 2021 and January 2022 weren’t able to obtain transfers to other countries. This (the NMC notice) will allow these students to go to any other country, other than India, with similar courses to complete their education.

In July, following directions from the Supreme Court, the NMC allowed medical students from Ukraine and China, who had completed their course before June 30, 2022, but were unable to complete their internship, to appear in FMGE. The FMGE is a screening test that foreign medical students have to clear to practice in India. They also have to complete a two-year internship in the country lieu of missed clinical training.

The issue of Indian medical students from Ukraine being allowed to continue their education in India has been contentious, with the West Bengal government offering practical training to 412 such students in state government and private medical colleges without permission from the NMC. Several Ukraine-returned students had filed petitions in the Supreme Court asking to be admitted to Indian medical colleges for the remainder of their courses.

However, the current approval has kept Indian medical colleges out of the ambit of Ukraine-returned students. NMC regulations prohibit students from foreign medical institutes to continue any part of their pending course in medical colleges in India since neither the Indian Medical Council Act, 1956, nor the Indian Medical Council Act, 2019, have provisions to accommodate such transfers.

Also Read: Not allowing burqa was understandable, but there was no reason to not permit a headscarf: Rajeev Dhavan to Supreme Court during hearing on hijab

The NMC’s approval also paves the way for students to write their FMGE after course completion. Clearing the FMGE exam is mandatory for all foreign-returned medical students who want to apply for permanent registration to practice medicine in India. In July 2022, as a one-time relaxation, the NMC had agreed to allow final-year medical students from Ukraine and pandemic-hit China to write the FMGE after students approached the Supreme Court for relief. Students who had completed their course on or before June 30, but were unable to complete their clinical training at their universities would, however, have to undergo a compulsory rotating medical internship for two years.

Earlier in May, the Supreme Court had upheld the NMC’s strictures for foreign medical graduates with regard to practicing in the country.

Minister of State for Health Dr Bharati Pravin Pawar had informed the Lok Sabha in a written reply in July 2022 that “there is no such provision in the Indian Medical Council Act, 1956, and the National Medical Commission Act, 2019, as well as the regulations to accommodate transfer of medical students from any foreign medical institute to Indian medical colleges”.

The Supreme Court had on April 29 directed the regulatory body to frame a scheme in two months to enable MBBS students affected by the war and the pandemic to complete their clinical training in medical colleges India.

It was earlier established for six months by an ordinance in January 2019 and later became a permanent law passed by Parliament and later approved by the president of India on August  8, 2019.