Over the years chief justices have reiterated their faith in the spirit and values of the Constitution. India Legal takes a look at the faith reposed on the Indian Constitution by the present and former chief justices. 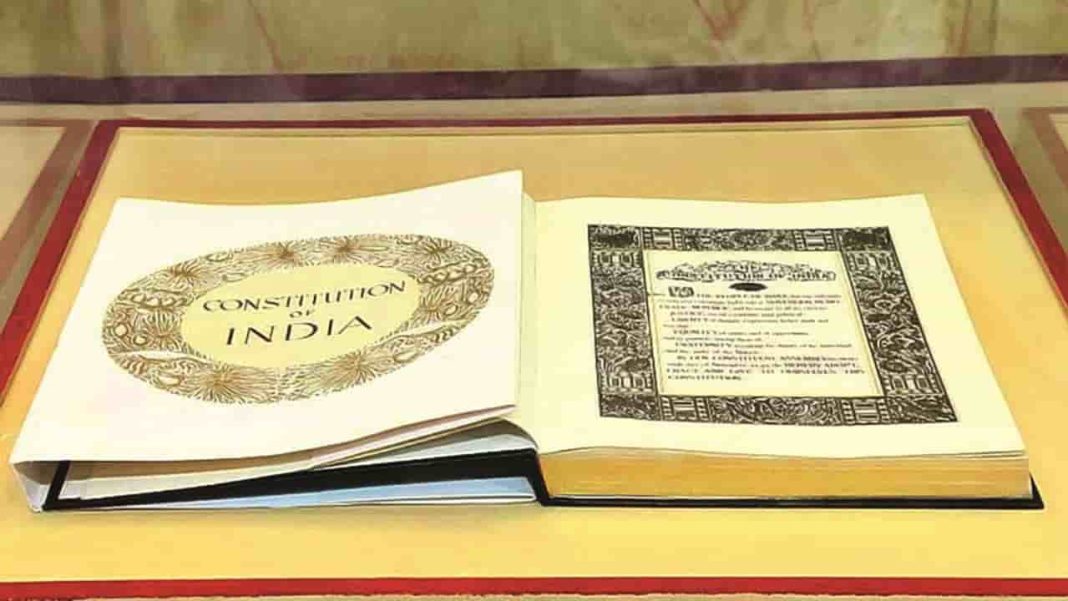 Constitution Day is a time to reaffirm our commitment to the Constitution and towards our basic rights and duties as enshrined in our Constitution. It’s a pact we, the people of India, have made with destiny to protect and preserve the freedom of individuals and the Republic. Recently speaking at the Supreme Court-organized function to commemorate Constitution Day, Chief Justice of India Justice DY Chandrachud said: “The Constitution document is a testimony of our spirit of Independence. India is one of the few countries where its Constitution was written in India by the Indians. Contrast this with other nations who were under British rule, but whose Constitution was drafted by Britishers. We as Indians wrote our own Constitution. Though we took reference from other nations’ Constitution we internalized all the good points and produced a document which was uniquely Indian.”

Basic rights are the cornerstone of our democracy. They affirm the primacy and sanctity of the individual. In this context, the 45th chief justice of the country, Dipak Misra had once said: “For us Indians, there is nothing greater than the Constitution. Constitutional rights are dynamic. In the domain of fundamental rights are present provisions and protection for every section of the society, especially for the most neglected section of the society.’’ He added: “these rights should be properly implemented and it should also be protected. For which the responsibility lies with the judiciary.”

Voting rights are part of the democratic system we have chosen which forms the basic structure of the Constitution. In fact during a recent hearing on the Election Commission appointment issue, the Supreme Court judge Justice KM Joseph had affirmed that the right to vote is a constitutional right.

Justice Bobde had stressed the fact that right to vote or Universal Adult Franchise promotes constitutional culture in the society. When the Constitution was being written, the rights of less educated people to vote and their understanding was questioned. Then President Dr Rajendra Prasad had said that even the poor and illiterate have understanding. They should get a chance to vote. “You will see how intelligently they will vote,” he had said.

The Constitution is the guiding light of the nation. However, a word of caution was included by the 46th Chief Justice of India, Justice Ranjan Gogoi. While he praised the Constitution on Constitution Day, he had also warned the countrymen. “Constitution has been showing us the way in times of troubles and struggles and will continue to do so. This is the biggest hope for the countrymen. But we should also be careful that if we do not listen to the voice of the constitution, then the country will walk on the path of anarchy,” he said.

Justice PN Bhagwati, 17th chief justice of India, while delivering his Law Day address on November 26, 1985, had said: “It is in the fitness of things that on the day on which the Constitution was adopted and enacted, we should wish to emphasise and highlight the fundamental role of law in our society and remind ourselves of the sublime purpose, which the law is intended to serve in a Republic governed by the rule of law.”

It won’t be a hyperbole to say that commitment of chief justices goes beyond pious platitudes and often there is a deep emotional affectation. This was brought very forcefully when, in August 2016, in an unusual precedent, the 43rd Chief Justice of India, TS Thakur broke down at a conference where Prime Minister Narendra Modi was present. In his scathing comment against the governmental apathy for not cooperating with judges’ appointment, he said in a voice choked with tears: “Centre chose not to lift a finger to help reduce the ‘impossible burden’ judges carry and aid the cause of justice delivery despite a Law Commission report in 1987 warning that the country is slipping into a crisis where the ratio of the number of judges to the population is grossly inadequate. The report had recommended 10 judges per one million population.’’

Padma Vibhushan and former Chief Justice of India MN Venkatachaliah, a veteran votary of constitutional culture, had said: “Constitutional democracy is one where the majority will and rule are controlled and directed by constitutional principles. Otherwise, it will sooner or later degenerate into elective despotism and then mobocracy,”

The faith reposed by chief justices on the Constitution assures us about the internal strength of our democratic system. Today, when in many other countries, the judiciary is seen to buckle under government pressure, the commitment of the Indian judiciary towards the Constitution in India ensures that the democratic system functions unhindered and the liberty and sanctity of the individual is maintained.

“All judges across the courts in India ranging from the district courts to the Supreme Court must reflect upon the constitutional vision of securing justice, equality and liberty.”

“Looking back, I can proudly claim that, as an institution, the judiciary has lived up to the faith reposed in it by the Constituent Assembly. The fact that the Indian judiciary continues to be the last hope for those in distress, suggests that it is on the right track.”

“The Constitution does not belong to individuals in black robes, i.e., lawyers or judges, or individuals who have been duly elected, or even the government, but belongs to each and every individual of this country…”

“Our Constitution is the voice of the marginalised as well as the prudence of the majority.”

“Constitutional sovereignty matters. That is primary. Everybody including the parliamentarians and citizens, must adhere to and follow the conceptual essence of constitutional morality.”

“The importance of the constitution in my opinion lies in the fact that it has unified a continent and created a nation or a country out of it.”

“The Constitution gave strength and character to the citizens, apart from the feeling of being a part in the building of the nation.”

Did you find apk for android? You can find new Free Android Games and apps.
Share
Facebook
Twitter
Pinterest
WhatsApp
Previous articleIndependent Not Subordinate
Next articleRajasthan High Court dismisses PIL against use of gochar land for establishment of police station