For nearly 30 years, India has been deprived of robust labour reforms. With the government announcing its intent to introduce four new codes, in the context of the devastation caused by the pandemic to the labour force, it seems a question of too little too late 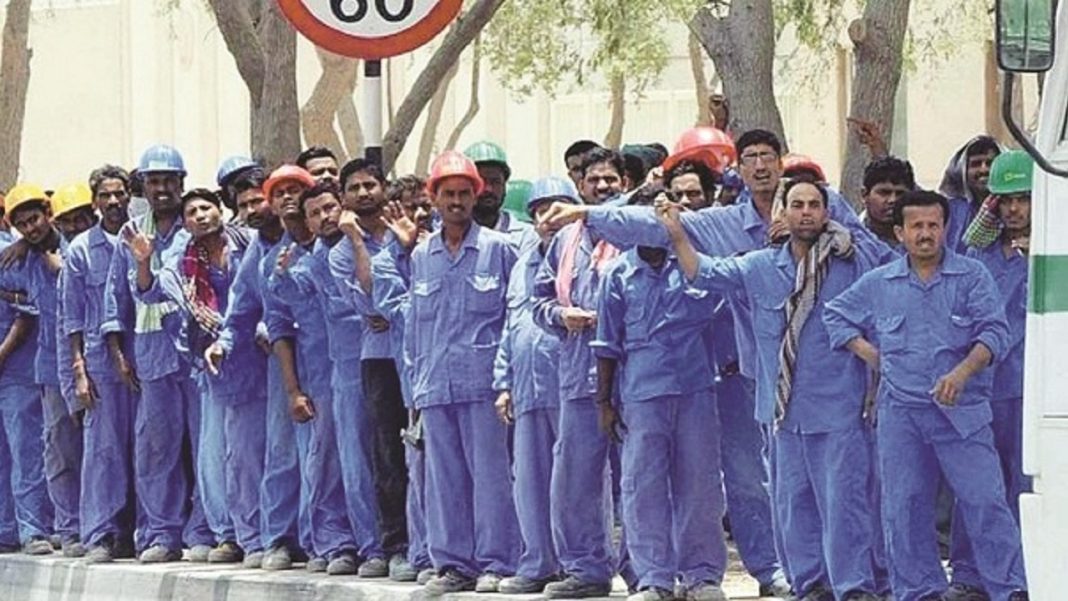 Around the world, stable business sustainability has been fatally hit by the deadly pandemic. The economic disaster shaped by the contagion has placed the livelihood of billions of people in a hazardous position. Such circumstances call for substantial reforms by the government such as strong employment strategies and wide-ranging social protection schemes to safeguard the functioning of business entities and the health and welfare of every worker. For that reason, there is a need to strengthen diverse or old labour laws and reinforce reforms.

With the government preparing the platform for the four new labour codes, there are signals of a staggered execution with an early launch of two codes—The Code on Wages and The Code on Social Security. These are expected to be followed by the other two—The Industrial Relations Code and The Occupational Safety, Health and Working Conditions Code—at a later juncture.

For nearly thirty years, India has lacked robust labour reforms. This has called for radical changes in the country’s antiquated labour laws. Since 2004, UPA-I and UPA-II tried to execute labour reforms, but strong political opposition paralysed their intention. Although Yashwant Sinha, who was the finance minister in the Atal Bihari Vajpayee government, had proposed few modifications, massive criticism compelled him to retrace his steps. Even the Narendra Modi government having a comfortable majority in the Lok Sabha took a long time to alter the nation’s labour rules. After a long wait, some labour laws have ultimately been introduced and many central laws have been included in the new codes.

The Modi government has united 29 central labour laws and around 100 state laws that are akin to several central laws into four codes on wages, social security, occupational health and industrial relations. Although it declares that the four codes are the prime movers in the process of labour improvements, the central trade unions have organized many general strikes against the codes until now, asserting that the codes will result in snatching away whatever little social and economic security is left in the employment sector. The farmers’ associations had also favoured the trade unions in their protests and objections. The employers’ associations, too, had mixed reactions towards the codes.

The Opposition-governed states have also said that the codes are “poorly drafted”. The Opposition had protested against the way the codes were passed in Parliament in just two days without much debate. Kerala Labour Minister V Sivankutti said in the Kerala assembly that the state prepared the draft rules cautiously as many of the provisions in the codes are “anti-worker”. Industry experts were optimistic that the codes would come into effect on April 1, 2022. The government has stated that the postponement in execution is due to the delay in outlining rules by the states. The government also said that it has offered assistance to the states so that the codes can be implemented from July 1, 2022.

Recently, Union Minister of Labour and Employment Bhupender Yadav mentioned that only a few states have not yet outlined the rules. As per the recent report, till now 24 states have issued draft rules for all the four codes. The labour ministry has indicated that it would like to execute the codes over the next few months and assures a mid-year rollout. Minister of State for Labour and Unemployment Rameswar Teli had recently notified the Rajya Sabha that, as per the existing report, 31 states and Union Territories have pre-issued the draft rules under the Code on Wages, 2019; 26 on the Industrial Relations Code, 2020, and the Code on Social Security, 2020; and 24 on the Occupational Safety, Health and Working Conditions Code, 2020.

The delayed implementation may be construed as “preparatory time” taken by the industry to bring about an attitudinal shift towards employee welfare, rework human resource policies and plan the consequential impact on operating costs. However, a major worry is that with the 2024 general elections not too far away, the rollout of the codes should not be deferred. The codes should be implemented at the earliest so that the advantages in terms of reinforcement of the workforce, ease of doing business and streamlining of the controlling ecosystem can start to flow in. Any amendments that are required can be done once the codes are implemented.

To a large extent, the ratifying of labour codes was viewed as a breakthrough that came after several years of deliberations between the government, industry, trade unions, and other patrons. The new codes introduced may fabricate a novel setting for job creation due to the mass applicability of the law to approximately 580 million workers along with other policy reforms such as Shram Suvidha Portal, Micro Units Development and Refinance Agency, Startup India, Make in India, Skill India, digitization of labour law compliances, etc. The involvement of the female labour force is a mainspring for any nation’s rapid growth. For a long time, the dwindling women’s workforce in India has been a matter of grave concern. By allowing the employment of women in night shifts for all nature of work, the new labour law has brought in major change.

The induction of new labour reforms has been welcomed by the business community and many believe that restructurings will enhance entrepreneurship and investments which are vital for stimulating India’s economy. According to the Confederation of Indian Industry, all codes are reformist and aid to construct a future of work that is securer, rational, simpler, and more buoyant. It has also mentioned that the reform measures deal with the fundamental needs of the revival of the economy and eradication of barricades to growth of business firms.

Numerous transformations introduced in the inspection rules, specifically a web-based randomized electronic inspection scheme, jurisdiction-free inspections, calling of information electronically for inspection, compounding of offenses, etc are progressive. In addition, several registers, returns and forms can be filed and maintained electronically in a single template. Many corporate entities will profit by this move.

At the same time, the codes have a dark side too. They have bestowed excessive autonomy on establishments relating to the appointment and dismissal of employees which will adversely affect the genuine claims of trade unions. Enhancement of the threshold of standing orders will dilute the labour rights for workers in minor business firms having less than 300 workers and this indicates that the government is very eager to give enormous volumes of elasticity to the employers in terms of hiring and firing and employers can misuse this freedom of dismissal or retrenchment for any economic reasons. This will lead to widespread destruction of employment security and safety. Stretching the lawfully allowable time frame before the workers can go on a legal strike will make the legitimate strike practically dreadful and more challenging.

Moreover, these codes have given massive liberty to governments to exempt industrial units from the ambit of the law and define the boundaries within which they will perform their business activities. The strong evidence for this is how Uttar Pradesh lately attempted to exempt employers from many labour reforms by a decree. The codes do not forbid many erroneous actions, like not keeping a register and allow compounding penalties to be paid instead. Expansion of the scope of codes to all segments of workers is also dubious. The codes are not focused on reducing the number of operational laws recognizing ongoing actualities.

During the next ten years, India is projected to have the largest working populace in the world. About 10 million youths will enter the workforce per annum. The employment capability of the industry is indispensable to unleash the true latent of such a robust workforce. Therefore, instead of beating the drums, the government must introduce utilitarian labour laws to address the complexities and managerial encumbrance in the labour regime. The new amendments prescribed in the labour laws are not a sufficient stipulation for accomplishing the envisioned objectives. Credible changes are necessary to lower the cost of factory land, transport and electricity for industrial consumers, streamline elucidation of tax and other decrees, preserve a suitable exchange value for the rupee, etc. Failure to do all this will have the opposite of the anticipated outcome and workers’ earnings will get pressed down completely.

It is time to recognize that the issue of “employee welfare” is closely connected to the nation’s health. Undue delay in the implementation of the codes and uncertainty about the “effective dates” will defer the gains for the employees and very likely make it difficult for industries to adopt the new codes in a timely manner.