Amid a spate of incidents of attacks on humans by pet dogs, Noida and Gurugram have introduced policies to curb the menace, including banning of certain breeds and hefty fines on pet owners. 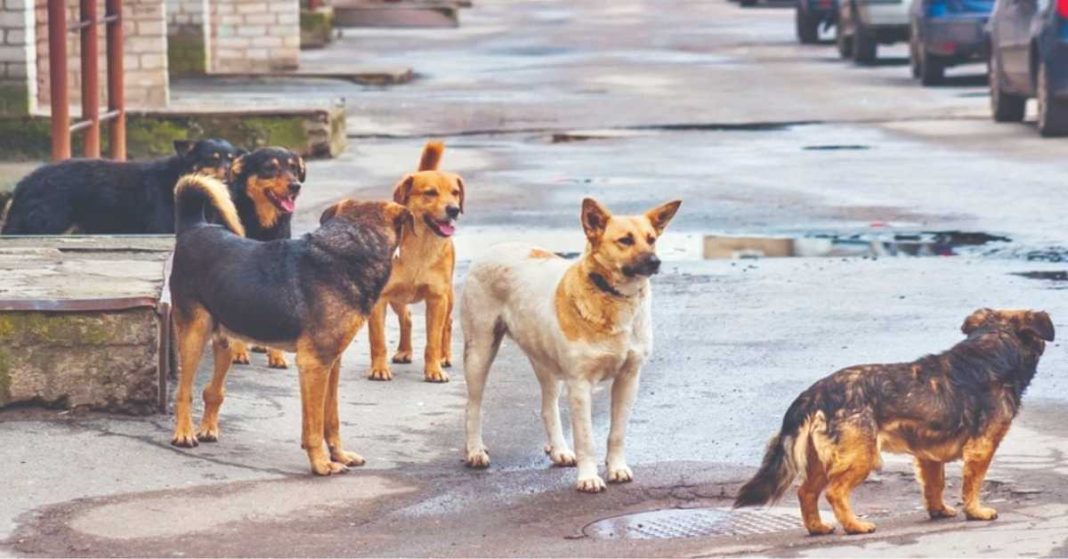 In Noida, pet owners will have to pay a fine of Rs 10,000 if their pets attack people/other animals and they will also be responsible for the treatment of the injured, with effect from March 2023. The decision was taken in the 207th board meeting of the Noida Authority in accordance with the guidelines of the Animal Welfare Board of India.

The Noida Authority has formulated a policy regarding pet animals amid rising cases of the menace caused by pet dogs. The Authority approved the policy to govern the keeping of pets and feeding of strays in the wake of several instances of dog attacks reported in the city.

The Authority in its guidelines also made it mandatory for pet owners to register their pets by January 31, 2023, and a fine will be imposed in case of failure of registration. The Authority had earlier announced the framework for the proposed policies in the wake of the death of an infant who was attacked by a stray dog while his parents were working on a road in Noida’s Lotus Boulevard society. The Authority has also made anti-rabies vaccination of pet dogs mandatory. Pet owners will have to pay a fine of Rs 2,000 every month in case they fail.

The Chief Executive Officer of Noida Authority, Ritu Maheshwari, said in a tweet: “in case of any untoward incident due to a pet dog/cat, treatment of injured person or animal will be done by the pet owners.” She further said that if a pet dog litters in a public place, it will be the responsibility of the owner to clean it.

The Authority also said that “with the consent of RWA (Residents Welfare Association)/AOA (Apartment Owners’ Association)/village residents, the construction of a dog shelter for sick street dogs” can be undertaken, but the “maintenance of the same will be the responsibility of the concerned RWA/AOA.”

The right to keep a pet outlined in Article 51 (G) of the Constitution grants every citizen of India the right to choose to live with or without a companion animal. It also states that people should show compassion towards all living creatures.

The Indian Penal Code, 1860, is the official criminal code of India which covers all substantive aspects of criminal law. Section 428 and 429 of the Code deals with punishment for all acts of cruelty, such as killing of animals, poisoning them, maiming them, or rendering them useless.

The aforementioned laws have been enacted to obviate unnecessary pain and suffering of animals and similar legislations continue to be enacted according to changing circumstances. Notwithstanding specific statutes, further protection for animals lie under general concepts, such as tort law, constitutional law, etc.

The basic cruelty law of India is mentioned in the Prevention of Cruelty to Animals Act, 1960. The objective of the Act is to prevent the infliction of unnecessary pain or suffering on animals and amend the laws relating to the prevention of cruelty to animals. The Act defines “animal” as any living creature other than a human being. Under the Act, the offences outlined under Section 11 (1) (a) include causing unnecessary pain, suffering or injury to an animal. It also includes acts like beating, kicking, overriding, overdriving, overloading and torturing the animal as an offence.

The reverse is now becoming a big issue in the NCR. A Gurugram woman compensated Rs 2 lakh to a woman who was injured after being attacked by a pet dog in August. In another case, a seven-month-old child died after he was mauled by a stray dog inside Lotus Boulevard society in Noida’s Sector 100. Another child in the Sanjay Nagar colony, Kush Tyagi, was attacked by a pitbull and needed 150 stitches on his face. Amid a spate of incidents of attacks on humans by pet dogs, the District Consumer Disputes Redressal Commission in Gurugram on November 15 had directed the municipal corporation to ban 11 “foreign breeds” of dogs in the city, besides imposing strict conditions for owning dogs.

Other states have also faced similar problems. In April 2022, the Lucknow Bench of the Allahabad High Court had termed the death of a five-year-old and injury to his seven-year-old sister in Thakurganj, Lucknow, after being attacked by stray dogs as “an extremely disturbing event”. The Division Bench of Justice Devendra Kumar Upadhyaya and Justice Subhash Vidyarthi said that nothing can be more painful for a human being than to learn that a human life has been lost in such a manner. As per newspaper reports, stray dogs attacked the brother and sister duo and killed the brother. The incident, said the Court, had the potential of disturbing even the strongest mind, “which compels us to take suo motu cognizance of the issue relating to the menace created on account of unchecked stray dogs on the streets of Lucknow.”

Recently, the death of a 12-year-old girl after being bitten by a stray dog sparked outrage in Kerala. Abhirami, who was bitten in August, died in hospital. This is the 21st rabies death in Kerala, this year. The World Health Organization (WHO) says rabies is endemic in India, which accounts for 36% of the world’s rabies deaths. “True burden of rabies in India is not fully known; although as per available information, it causes 18,000-20,000 deaths every year in the country,” says WHO.

Kerala is lately seeing an increase in dog attacks. To curb the stray dog menace, a Division Bench of the Kerala High Court on September 14 directed the state government to take steps to contain incidents of dog bites while also saying that people must refrain from “inflicting unnecessary harm on stray dogs”. The bench of AK Jayasankaran Nambiar and Gopinath R convened a special sitting, taking note of around two lakh incidents of dog bites in Kerala this year and 21 cases in which the victims died of rabies.

All countries have their own set of rules and guidelines for pet relocation. Switzerland is the only European country requiring all dogs to be microchipped and registered in a central database (in German, French and Italian) by the time they are three months old. If you import a dog from abroad, you’ll need to take the dog to a Swiss vet within 10 days of entering the country.

Pet owners need to make an informed decision before moving their pets abroad. There are a set of certain rules and regulations which have to be followed irrespective of the country of relocation, be it, the USA, UK, Canada, Dubai, Europe, Singapore, or Australia. These include certain documents like health check certificates, vaccination records, dog permits and microchipping.

A microchip is a tiny device implanted underneath the skin between a dog or cat’s shoulder blades that contains a unique identification number specific to the pet which you need to register with a national pet recovery database. It is a legal requirement in almost all countries. You can get your pets microchipped before their rabies vaccination. Getting an ISO-compatible microchip before moving your pets to any international location is also mandatory.

Did you find apk for android? You can find new Free Android Games and apps.
Share
Facebook
Twitter
Pinterest
WhatsApp
Previous articleTrial by Fire
Next articleCJI Chandrachud to get NIC onboard for making Braille translation accessible to all lawyers