The government is opening up yet another fenced garden in the e-commerce category with the introduction of Open Network for Digital Commerce. It aims to end the duopoly of international players and protect offline businessmen who have been suffering due to the dishonest trade practices of these e-tailers 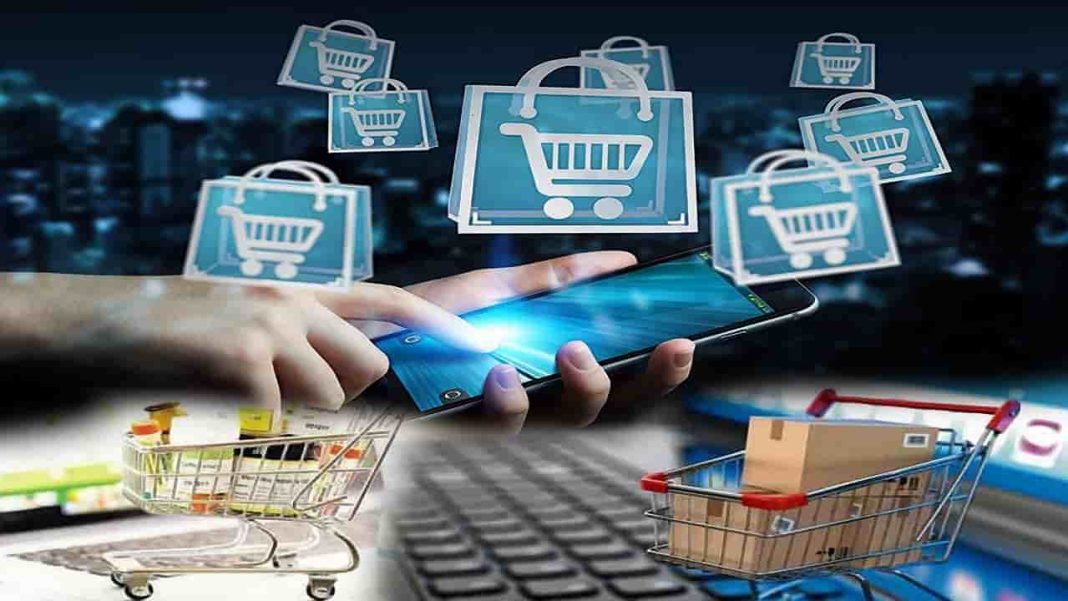 The government of India brought all virtual banking and payments under one rooftop by launching Unified Payments Interface (UPI). Now, it is pulling off a comparable deed in the e-commerce category, with the introduction of Open Network for Digital Commerce (ONDC). The government is beta testing ONDC and it will be connected with One District, One Product. In April 2022, the alpha form of the platform was introduced in Delhi, Bengaluru, Coimbatore, Shillong and Bhopal. However, a complete launch is likely to take more time. Operational matters connected to mending viable pricing, free association of sellers between platforms and enhanced portability of brand value are being tackled, without which ONDC’s success and capacity to entice buyers and sellers may be subdued.

Commerce Minister Piyush Goyal mentioned that it would bring in 60 million small storehouses onto one platform and will aid small establishments to contest with big establishments in the marketplace. At the moment, ONDC is in its experimental phase and the government has set up a nine-member advisory council, including Nandan Nilekani from Infosys and National Health Authority CEO RS Sharma, to advise the government on actions required to devise and quicken the implementation of ONDC. ONDC aims to end the duopoly of international players and protect offline businessmen who have been suffering due to the dishonest trade customs of these e-tailers.

The probable volume of the online retail market in India was $225 billion in the fiscal year 2021-22, around 27% of the projected size of India’s retail sector, and is anticipated to surge to 32% year-on-year over the next few years. In contrast, India’s retail sector is expected to flourish at 10%. With dynamic pricing, inventory management and optimization of delivery cost as its pillars, ONDC attempts to renovate digital commerce and democratize the largescale involvement of businesses.

As more small merchants and vendors accept the online domain, ONDC intends to grow e-commerce penetration to 25% of all consumer purchases in the next two years, higher from about 8% currently. Within the next five years, it predicts to sign up 900 million buyers and 1.2 million sellers on the collective network, with a total market value of $48 billion.

ONDC is a not-for-profit organization established by the Department for Promotion of Industry and Internal Trade of India. It is a digital mandi or marketplace targeted at joining buyers, retailers, technology providers, financiers, and others involved in trade and commerce. Through ONDC, traders will be able to conserve their data to create credit history and reach consumers. Presently, approximately 60% of e-commerce is shared between Amazon and Walmart-promoted Flipkart. ONDC aims to end this duopoly of international players and protect offline businessmen who have been weeping at the dishonest trade customs of these e-tailers.

The platform will also be acquiescent to the Information Technology Act, 2000, and is shaped for compliance with the emerging Personal Data Protection Bill. ONDC plans to offer open networks for all features of exchanging goods and services over digital or electronic networks. It will act as a connection between the buyer and the seller when the demand for specific produce is raised. ONDC is to be

The ONDC platform remains at the centre of the interfaces hosting purchasers and sellers. Till now, the buyer-side interface is being hosted by Paytm, while the seller-side interface is being hosted by other players like GoFrugal. When a purchaser hunts for a product on the Paytm application from where ONDC has gone live, the app will connect to the ONDC platform, which will connect it to seller-side interfaces that will list all the entities from where the purchaser can buy the specific product. There will be many other backend associates such as logistics service providers, enterprise resource planners, e-commerce store hosting service providers, etc on ONDC.

E-commerce in India suffers from numerous hazards. Perhaps ONDC might suffer from the same. Firstly, although disaggregating the network effects will revitalize and catalyse competition on qualities, the influence would be restricted to ONDC members and won’t be spread to the broader e-commerce ecosystem. Moreover, ONDC does not have any device to stop anti-competitive conduct and it is not clear whether a network blueprint in it would be adequate in curbing all probable anti-competitive traditions. It is also not clear whether the network strategies would also set up fences to check prospective anti-competitive attempts which may happen despite the network design.

Secondly, ONDC may experience the same drawbacks as the National Payments Corporation of India (NPCI). Despite NPCI introducing a limit on the highest market share, a single UPI application can possess Google Pay and PhonePe which rules the market with more than 80% market share. Besides, the RBI stated that NPCI as a single machinist for several crucial retail payment systems causes concentration endangers and proposed forming various entities like the NPCI.

What if ONDC falls in the same concentration in e-commerce? How will that be any different from Amazon and Flipkart controlling the space? The ONDC may become like NPCI by becoming a quasi-regulatory of the e-commerce segment. Because of ONDC’s legal configuration, a quasi-supervisory part will be ill-matched, particularly when there is an absence of simplicity around how network policies will be crafted and which participants will contribute to their creation.

Therefore, there is a need for a discernible line towards the subjects sought to be handled through network strategies. In addition, the UPI is popular among sellers because it attracts zero percent Merchant Discount Rate charges. This also indicates that those functioning in the space have less or no financial incentive.

For instance, Google Pay doesn’t stand to gain much financially. This has weakened a well-created market standard of incentives in digital payments. What if ONDC likewise deviates incentives in e-commerce?

Thirdly, the local businesses will find it very tough to compete with the discounts, sales and other rewarding offers being provided by outstanding e-commerce players which may result in local businesses being squeezed out of the system in the long run. The achievement of ONDC depends upon several aspects, namely the effective onboarding of the current digital commerce applications and platforms, the compatibility and interoperability of the existing platforms or applications of buyers and sellers, and the technical capability of small and medium enterprises to be onboarded on the digital network. However, the strategy paper is silent on these issues and does not lay out a roadmap or plan for tackling these matters.

Fourthly, even though ONDC is a brilliant instance of technology trying to support competitive ecosystems, the enforcement of structural supervisory remedies will not work. Structural resolutions have inherent demerits, because of their “one-size fits all tactic” which is not suitable for the array of business models seen in today’s e-commerce environment. Eventually, the Competition Commission of India (CCI) exists as an independent competition regulator to determine things on a case-by-case basis and interferes correctly after investing due resources into examining and assessing anti-competitive effects.

As a final point, undoubtedly e-commerce in India is dominated by a few foreign players. Considering the scenario, the government wants ONDC to break this monopoly. However, there are clear limitations with ONDC and it is not going to be a silver bullet. Hence, policymakers should look into the fundamental defects in the initiative and focus on how to erase various challenges ahead for the platform.