The draconian Prevention of Money Laundering Act has become a political weapon, with the ED as the tip of the spear. Now, the Supreme Court has delivered a notice to the centre and the ED on appeals requesting a review of its July 27 judgment that sustained the strict provisions of the Act 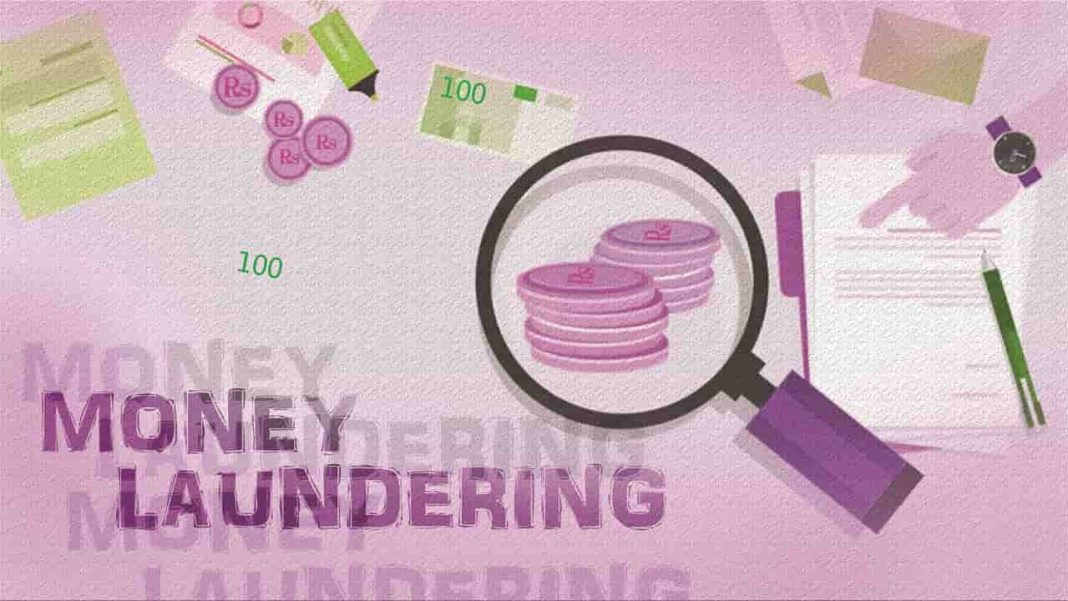 Looking at the recent searches and seizures conducted on political leaders, their relatives and associates, especially those who are critical of the ruling government, the draconian Prevention of Money Laundering Act (PMLA), 2002, is seen by the Opposition leaders as the government’s “hatchet” legislation. The regularity and timing of these searches and seizures have raised doubts about whether the PMLA and its spearhead the Enforcement Directorate (ED) are employed by the government to humiliate and harass political leaders. The discomfort about the legislation has become so widespread that a slew of petitions filed has questioned the almost unlimited control given to the ED for search, seizure, investigation and attachment of assets considered to be the proceeds of crimes listed under the PMLA.

On August 25, the Supreme Court delivered notice to the Union government and ED on appeals requesting a review of its July 27 judgment that had sustained the strict provisions of the Act. The notice was restricted to two particular concerns in the reconsideration appeal that objected to the top court’s judgment supporting the legitimacy of the PMLA in Karti Chidambaram vs ED. The three-judge bench, led by the then Chief Justice of India (CJI) NV Ramana, opined that prima facie two concerns rising from the verdict necessitate reconsideration. The bench said that the non-provision of Enforcement Complaint Information Report (ECIR) to the accused and turnaround of the assumption of guiltlessness under the law are viewpoints that may need reconsideration. The bench instructed that the case to be listed after four weeks and stretched interim protection to petitioners in the case for four weeks.

Karti Chidambaram wanted a re-examination of the apex court’s July 27 judgment backing the constitutional soundness of the strict PMLA legislation. According to him, the concerned bench had pronounced the PMLA ruling even as it left the debatable questions unanswered. He mentioned that the verdict referred the question of whether amendments in the PMLA law could have been made by way of Money Bills to a larger bench. Without determining this important question of law, the Court could not have ventured into the aspect of the Act’s constitutionality. The July 27 judgment was pronounced by a bench of Justices AM Khanwilkar, Dinesh Maheshwari and CT Ravikumar. Justice Khanwilkar has since retired and hence the reconsideration appeal was heard by the CJI bench.

The July 27 ruling of the Supreme Court was quoted by several lawyers as discarding the elemental privilege to freedom conferred by the Constitution as per Article 21. In the verdict, Justice Khanwilkar had permitted the ED to conduct arrests, carry out search and confiscations and attach earnings of wrongdoers. The judgment illustrated a difference between ECIR and First Information Report (FIR) and mentioned that the two cannot be compared and connected. The verdict had stated that ECIR is only an internal document of the ED, and as such, it is not compulsory to deliver a copy of the same to the accused.

Observing that ED representatives are not police officials, the verdict also mentioned that declarations made before ED representatives during the investigation are permissible in a court of law and will not affect constitutional privilege against self-incrimination assured under Article 20. This article safeguards the accused from declarations made during police investigations and the statements can’t be used against them as evidence. As per the July 27 judgment, this protection is not available under PMLA.

Much like other special legislations, namely the Narcotic Drugs and Psychotropic Substances Act, the assumption of innocence is upturned under the PMLA with the burden of proof being put on the accused. This provision too was supported by the July 27 judgment. The verdict also highlighted the all-encompassing description of the proceeds of wrongdoing and had also said that a release or acquittal in a booked crime would lead to the case under PMLA not surviving.

Money and corruption have been two intimate objects. People commit misdeeds for money and the money generated through misdeeds gets translated into white money. This is called money laundering. In simpler words, money laundering is a procedure of altering illegitimately earned money into legitimate money. Money laundering undermines the economic and social configuration of society. Drug trafficking and financing terrorism are a few concerns linked with money laundering.

The NDA government in 2002, in order to stop money laundering and seize belongings obtained from laundered money, passed the PMLA. The PMLA is a criminal law brought in by Parliament and became effective from July 1, 2005. The purpose why this Act was enacted was because of India’s assurance at the Vienna Convention to oppose money laundering.

Nationwide, many appeals have been filed in courts about the unlimited power given to the ED under PMLA for seizing, probing and attaching assets. Although the purpose of the PMLA Act can be widened to anything, the fundamental objectives of the Act are to prevent and curtail money laundering, seize and confiscate possessions obtained from money laundering, give sentence to lawbreakers, appoint arbitrating authority and appellate tribunal regarding money laundering issues, preserve records and place responsibilities on financial entities, banking companies and institutions, and handle every matter linked to money laundering.

Money laundering’s adverse effects on growth are numerous. Money laundering operations hinder the nation’s goodwill and status. The foreign financial Institutions might restrict their dealings with organizations linked to money laundering. This will have a major influence on the nation’s economy. Money laundering allows offenders to escape the law and nations suffering from excessive money laundering often suffer from a greater volume of crimes. There are business firms that are lawful, but are controlled by criminals. This results in a vulnerable private sector as the people don’t trust them.

Luckily, India is not presently on the Financial Action Task Force (FATF) list of nations that have anti-money laundering tactical defects. FATF is an inter-governmental institution founded in 1989 by the G7 to make strategies to combat money laundering. In 2001, its ordinance was extended to include terrorism funding. The FATF issues grey and black lists, in which some nations are cited. Countries that support terror funding and money laundering activities are put in the black list while countries considered a safe haven for supporting terror funding and money laundering are put in the grey list. The grey list is also a forewarning that the country may enter the black list.

Countries need FATF because it aids in supervising members’ growth in executing moves to fight money laundering. The Force is designed to examine money laundering methods and counter measures. It also promotes the acceptance and execution of relevant actions by non-member nations for battling money laundering.

Numerous provisions of the PMLA are violative of natural justice. As mentioned erstwhile, many, including several Opposition parties, have pursued a review of the July 27 verdict of the apex court. There is much about this law that is debatably upsetting. The process under the PMLA does not seem to heed a fundamental principle of natural justice, namely, the assumption of innocence until proven guilty. The argumentative stipulations in this regard are Sections 22, 23 and 45, which compromise privilege to an impartial prosecution as they lay the obligation on the accused to demonstrate blamelessness. This is offensive to the rights valued in Part III of the Constitution, in particular Articles 14, 20, and 21.

To be permitted bail, the alleged perpetrators must show that they were not blameworthy and convince the court that they will not commit any further crime. In 2017, in Nikesh Tarachand Shah vs Union of India, these twin bail requirements under the PMLA had been pronounced unconstitutional by the Supreme Court itself. However, they have been refreshed in 2018. The indicted must prima facie confirm with the ECIR which would reveal the level of the charges slammed against the indicted. There is no observable signal of compulsory safeguards under the Criminal Procedure Code against the police’s supremacy of search and arrest. All through the procedure, the accused could well be ignorant of the accusations against him/her. Based on ECIR, the ED can summon alleged individuals and ask for particulars of financial dealings. An order of attachment of possessions under PMLA is reckoned as lawful.

Despite such comprehensive stipulations, the number of convictions secured by the ED in the last six years is 23 out of 888 charge sheets filed, which is around 2.59%. Recently, the centre informed Parliament that raids carried out by the ED have soared almost 27 times to 3,000 in 2022 as compared to a mere 112 in 2014. Nonetheless, the opposition parties cannot ignore the charge of double standards. Similar laws have been employed by the Congress party when it was in power. The now-revoked Terrorists and Disruptive Activities (Prevention) Act (TADA) or the Prevention of Terrorism Act (POTA) resulted in an uneven number of trials and convictions.

It is possible that the ED’s allegations against a few senior politicians are credible. But the truth should be proved through the appropriate procedure. Instead of simply throwing the ball back to the courts, the opposition parties should take up the matter in Parliament and get the draconian conditions off the law book by proving its misuse. Provisions of the PMLA do not rest well in post-liberalization India—a tenure that unchained businesses from the chains of socialism. To give administrators the power to go after businesses indicates a return to the dark days of the control era. An initiative to sanitize political and economic corruption is unobjectionable. But it should not turn out to be a political witch hunt.