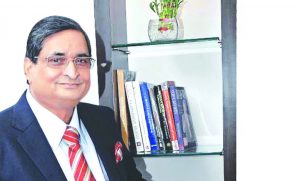 There’s a media connection to BJP Rajya Sabha member RK Sinha who has been named in the Paradise Papers leak. He was hand-picked by the RSS high command to give a boost to the floundering news agency Hindustan Samachar. The agency, founded and funded by the RSS, had stopped operating during the Emergency and was revived in 2000 when AB Vajpayee was PM. Since then, it was struggling and functioning out of a tiny room in Delhi’s Gole Market. Late last year, Sinha, the billionaire entrepreneur, was asked by the RSS bosses to take over and he promptly moved the agency to a fancy office building in Noida which he owned and also went on a hiring spree to buttress the makeover. Now, it is paying off. A recent order by the Directorate of Advertising and Visual Publicity under the I&B Ministry which releases government ads, has put the agency on a par with heavyweights like PTI and UNI in terms of distribution of advertisements. No paper tiger, this.

The Chandigarh-based Tribune punches way above its weight in terms of credibility and influence. That has largely been because it has no owner but is run by a trust of eminent personalities who have rarely interfered with the editorial. Till now, that is.

In a startling development, the chairman of the Tribune Trust, Justice SS Sodhi, was removed last week. This comes after the paper was forced to run a frontpage apology recently for stories it had done two years ago on Akali Dal leader Bikram Singh Majithia, linking him to the drug trade. The apology had upset many journalists in the paper, including editor Harish Khare, and The Tribune’s employees’ union had staged a protest. Sodhi’s removal suggests that it was he who had forced the paper to put out the apology but the damage it did to the paper’s credibility seems to have led to the change of chairmanship.

Sodhi, former chief justice of the Allahabad High Court, has been replaced by the current governor of J&K, NN Vohra. The irony is that The Tribune was founded by Sardar Dyal Singh Majithia, a distant ancestor.

His aggressive style of interviewing guests had made Karan Thapar a household name in the television news-watching world. Hence, his absence from the small screen since April has been keenly felt. Questions have been raised about his abrupt departure from India Today TV. The story doing the rounds was that his show had been taken off air because of complaints from NDA ministers (Narendra Modi had stormed out of Thapar’s show when he was CM of Gujarat). Thapar has remained silent on the issue but close friends knew that India Today TV, headed by Group vice-chairman Kalli Purie, had terminated his contract. Thapar has revealed that his “contract was not terminated, it ended in April and it was no great secret that we looked upon subjects in different ways”. It’s another way of saying that the differences were to do with the political stance the Group’s TV channels were taking. 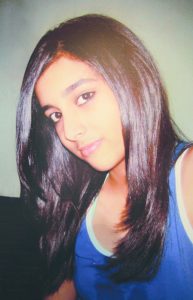 Documentaries based on real life crime stories have always been a huge audience draw—witness the success of American Crime Story and O.J: Made in America, the documentaries based on OJ Simpson and the murder of his wife. Now, Star World in association with HBO Asia is making its foray into investigative crime documentaries with a series called The Talwars—Behind Closed Doors. The four-part series examines the double homicide of Aarushi Talwar and domestic help Hemraj. It launches on November 26 and is created by an international team led by executive producer Sarah MacDonald, a journalist and BAFTA-winning documentary filmmaker who has produced documentaries for the BBC and CNN. The series starts with that one night of violence and has some exclusive interviews and footage.