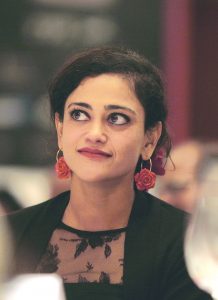 India Today is looking at India Tomorrow. In a not unexpected move, founder chairman of the India Today group Aroon Purie has formally handed over the baton to his daughter, Kalli Purie, who has now been re-designated vice chairman. Her title was Group Editorial Director (Broadcast and New Media), but now she will officially head the entire multimedia group. Purie’s internal memo announcing the changeover said that everyone who reports to him will now report to her, including the CEO, a post that has been vacant since Ashish Bagga resigned last July. Purie says he will devote his time to exploring “new opportunities” but insiders say he will still be keeping a fatherly eye on two areas—India Today magazine and the financial side of the media empire. He has three children—elder daughter Koel lives in Japan and son Ankur oversees Thomson Press in Faridabad—but Kalli was the one who was being groomed as his media heir and given expanded responsibilities over the years. 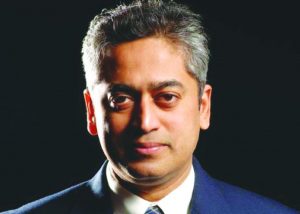 A majority of television anchors seem to consider themselves on the same level as film stars and consequently, many have developed oversized egos and a brash attitude. It can boomerang, as India Today TV’s primetime anchor, Rajdeep Sardesai, found out while interviewing former President Pranab Mukherjee on his memoirs. Sardesai asked a question and then without waiting for his guest to finish answering, interrupted with another query, forgetting who he was speaking to.

Mukherjee, however, would have none of it. “Stop interrupting me. Wait till I have finished replying to your question. Please remember, you are speaking to the former President of India. Show some respect,” was his angry admonition.

Sardesai looked like an errant schoolboy hauled up before the headmaster but did have the grace to apologise. 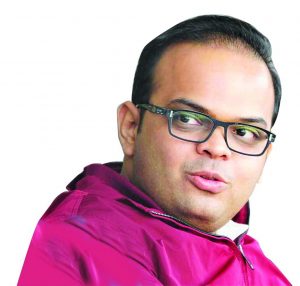 The case involving the defamation suit by Jay Shah against seven people at the online portal The Wire, for the story titled The Golden Touch of Jay Amit Shah, has attracted the attention of the International Federation of Journalists (IFJ). In a statement, the Brussels-based organisation said: “The IFJ is concerned over the misuse of the criminal defamation to harass journalists and media to stop them from investigating matters of public interest and publication of critical stories…. the trend of filing criminal defamation cases for critical news is a matter of concern as it puts financial and psychological burden on media and journalists; and can create a chilling effect.” Shah, son of BJP president Amit Shah, had filed a Rs 100-crore defamation suit against seven people, including the reporter, Rohini Singh, and The Wire founders Siddharth Varadarajan, Sidharth Bhatia and MK Venu. Other media organisations in India have also been warned against running the story. NDTV too had it up on their website but it was taken down within hours on advice from the legal department. The Modi government has been pressurising the media and media owners quite brazenly.

Mole in the Republic

Another anchor who is brash and egoistic, Arnab Goswami, is also facing flak as a reporter quit Republic TV after he accused her of being a mole planted by Congress MP Shashi Tharoor! The reporter, Shweta Kothari, a key member of the channel’s Special Projects team, says she was told by senior managers that Goswami suspected her because Tharoor, who the channel has consistently and unfairly targeted, follows Kothari on Twitter. She says she was then harassed continuously and questioned, on suspicion that she was being paid by Tharoor. After she was dropped from the Special Projects team in October, she confronted Goswami but he never responded and refused to give her an appointment for a one-on-one meeting.