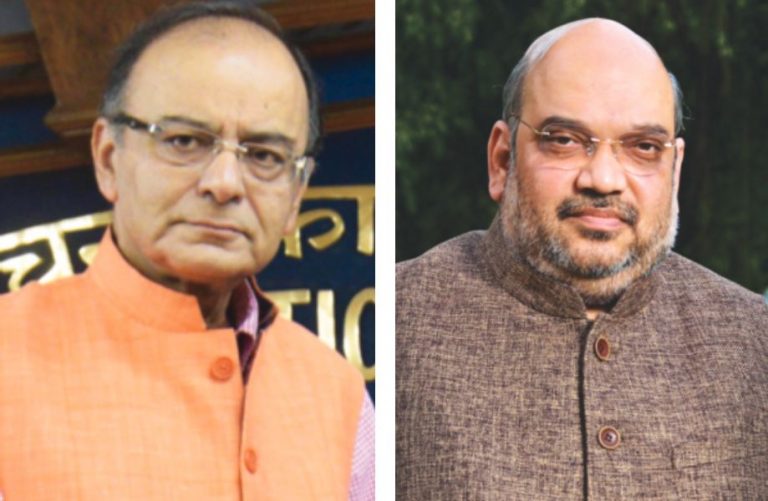 On January 16, online portal The Wire ran a story claiming that Finance Minister Arun Jaitley had left for New York to receive treatment for soft tissue cancer and may not return in time to present the NDA government’s final Union budget before the Lok Sabha polls.

Ordinarily, news of a political leader’s illness—irrespective of party affiliations—triggers a Twitter storm wishing the person a speedy recovery. In Jaitley’s case, however, there was hardly any response from otherwise Twitter-happy BJP leaders. Of course, Jaitley, himself a prolific social media buff, has been silent on the reason for his sudden departure to the US, a fortnight before Parliament convenes for the budget presentation.

Strictly off the record, some BJP leaders confirmed that Jaitley was in the US for treatment but added that they were not certain of the nature of his illness. However, what prevented these leaders from wishing Jaitley good health was that the story of his illness was broken by a portal known for BJP-bashing and they did not want to add credibility to the report. Ironically, the few who expressed concern for Jaitley’s health included Congress President Rahul Gandhi and former Finance Minister P Chidambaram—both of whom have been at the receiving end of the BJP leader’s most visceral attacks. In stark contrast, however, was the response of BJP leaders to the news of party president Amit Shah being admitted to AIIMS on the same day that the news of Jaitley’s illness was reported. Shah confirmed on Twitter that he was being treated for swine flu and, within a few hours, wishes for his recovery poured in.

Raj Shah, who had made the forefront of the news in the US when he became the first Indian American to preside over the White House press room as spokespers­on, has left to join a lobbying firm, after months of speculation about his impending departure. He became a familiar TV room figure as he answered queries from some of the world’s most agg­ressive reporters as President Trump’s principal deputy press secretary, second only to the dour-faced Sarah Sanders.

Well, he’s made the headlines again when he quit the post, apparently unable to put up with Trump’s erratic behaviour, to join a prominent PR firm run by one of former President Bill Clinton’s advisers.

US desi headliners—and they are increasing in number as the American media highlights their achievements— include Nikki Haley, the first American of Indian descent to hold a cabinet position as ambassador to the United Nations. She quit last December. Others who are still there include Ajit Pai, chairman of the Federal Communications Commission, and Seema Verma, who heads the Medicaid and Medicare sections at the Department of Health.

The Indian immigrant community is considered America’s fastest growing and richest ethnic group. It got its first Senator in Kamala Harris, who won from California. Others who have been elected to the House of Representatives include Pramila Jaypal, Raja Krishnamoorthi, Ro Khanna and Ami Bera. The US media has been plugging Harris as presidential challenger to Trump, and has christened her “the female Obama”.

The Committee to Protect Journalists (CPJ) has accused the government of Jammu & Kashmir of “falsely” implicating Kashmiri journalist Aasif Sultan  on charges of “promoting militancy”. The CPJ, a worldwide, independent, non-profit, non-governmental organisation, promotes press freedom and defends the rights of journalists. It has written to Governor Satya Pal Malik to drop all legal proceedings and release him immediately.

“His editor and family have credibly disputed these claims and say his work was strictly that of a journalist gathering news. No charge sheet has been filed,” Steven Butler, the Asia Program Coordinator, said.

“Freedom of the press is a vital tenet of democracy and a proud part of India’s history. We urge you to use the authority vested in you as governor of Jammu and Kashmir to help immediately ensure that Aasif Sultan is released and that the charges against him are dropped,” Butler wrote.

The Citizen reported that Sultan, who worked as assistant editor with Kashmir Narrator magazine, was held by J&K police on August 27 last year in a First Information Report filed under the Unlawful Activities (Preven­tion) Act after a gunfight in Batamaloo on August 12.

Police picked up Sultan after a cover story by the magazine on Burhan Wani included interviews with overground workers of militant outfits. According to reports, he was asked, among other things, to reveal his sources for the story and why he had not instead reported on the government-backed developmental activities in the state.

We often hear stories about how the new media keeps growing while the old media is desc­en­d­ing into terminal illness. But, as everyone knows, there are ways out and each new day sees someone or the other discovering yet another way to say “if you can’t beat them, just lift from them”. Take The New Indian Express, the South-based paper that was carved out of Ramnath Goenka’s Indian Express nearly three decades ago following a feud in the family. Not too long ago, it was the market leader in Kerala, running a close second to the venerable Hindu in Tamil Nadu and doing reasonably well in Karnataka, Andhra Pradesh and Odisha, the states where it not only operated but made its presence felt.

These days, however, the paper makes its presence felt by doing all the wrong things—like passing off a five-year-old video as the day’s exclusive. Last week, in its video section, the newindianexpress.com website had a video that showed a group of villagers in South India trying to scare off a herd of elephants that had been raiding agricultural fields when tragedy struck. An ang­ered elephant charged at the crowd and trampled a man to death in front of horrified onlookers. The ubiquitous tag of “exclusive” was attached to the video, claiming that the killing was captured on video the previous day—a bare-faced untruth. A search on YouTube of “elephant attacks India” had many versions of the same video, some dating as far back as five years ago. The website finally took it off after a reader alerted them about the error.

The extraordinary escalation of internet penetration and  acceptance is making quite an impact on India and its digital advertising business. Motivated by cheap data and the reasonably priced smartphone revolution, the industry in India is expected to grow at a rate of 32 percent to reach Rs 14,281 crore in 2019, according to industry reports. The commerce, which is now worth Rs 10,819 crore, is expected to develop with a CAGR of 31.96 percent to reach Rs 24,920 crore by 2021. These findings are part of the third Dentsu Aegis Network- exchange4media Digital Report which was unveiled in Mumbai. The report offers deep insight into the growth drivers, challenges and trendsetting work executed by brands in the digital space.