Journalists assigned to the BJP beat—and their tribe is increasing—were quite thrilled that the party was moving to a swanky new headquarters with modern amenities, wi-fi and proper air-conditioning. The government bungalows that made up the Asoka Road HQ were starting to show their age and parking was a perennial problem. Now that the move to Pandit Deen Dayal Upadhyaya Marg is complete, their happiness has proved shortlived.

The new headquarters are modern enough but so is the security. As a blow to many inflated egos, journalists who had free passage at the earlier HQ now find themselves restricted to the ground floor. That is a problem because all the top office-bearers, including BJP chieftain Amit Shah, occupy the top floor. Other senior functionaries are also on the upper floors.

Earlier, journalists who were veterans of the BJP beat could walk into most of the offices unannounced. Now, they have to seek an appointment and are given a pass once clearance is obtained. On the ground floor, the only person they have access to is the party’s media in-charge, Anil Baluni, and he gives no exclusives, so not many are lining up to meet him.

The Kulbhushan Effect on Scribes 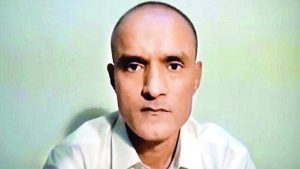 Anybody who annoys or embarrasses this government should be prepared to pay the price. Ask two senior journalists who find themselves out of a job after they wrote stories on Kulbhushan Yadav, the Indian jailed in Pakistan on charges of being a spy and facing execution.

The Indian government had consistently denied that he was indulging in espionage activities and that it had any links with the former naval officer who, they maintained, was abducted from Iran. The matter even reached the International Court of Justice.

While most media outlets follow the government’s line when it comes to Pakistan, two journalists, both well versed in matters of national security, wrote that Yadav did indeed have a background in espionage. Pakistan immediately pounced on the stories and held a press conference, claiming victory and sent an official letter to the Indian government on the issue. In India, pressure was put on the media owners—of a prominent website and a leading national daily—and both the journalists were asked to put in their papers. Not a good time for independent journalism. 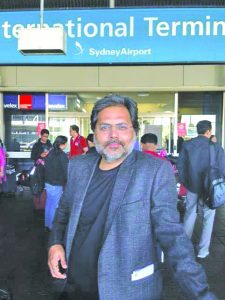 One of the more prominent faces on India’s leading Hindi news channel, Aaj Tak, has decided to literally switch channels. Popular anchor and Executive Editor of Aaj Tak Punya Prasun Bajpai has reportedly put in his papers. According to sources in the group, his next stop will be rival Hindi news channel ABP News Network, headquartered in Kolkata.

Bajpai will continue to be based in Delhi and his designation is still to be revealed, but it is a big loss for Aaj Tak. Bajpai started his career with the channel in 1996 and moved to various media outlets—NDTV, Sahara Samay, Zee News—before returning to Aaj Tak where his bearded face, incisive commentary and serious demeanour made him a star. He was twice conferred the prestigious Ramnath Goenka award.

In its bumbling attempts to reach out to the citizens of Kashmir, the government tries all sorts of strategies—free medical camps, sporting events, et al—and now come game shows! The Ministry of Information & Broadcasting has asked public broadcaster Doordarshan to jazz up its local TV channel DD Kashir and include more shows where participants get rewards—money, gifts, travel, modelling and music  contracts, and so on. DD Kashir has limited viewership in the Valley but I&B mandarins are hoping that a local version of Kaun Banega Crorepati, Indian Idol, quiz shows and even Big Boss will draw in the crowds and, more important, encourage local participation.