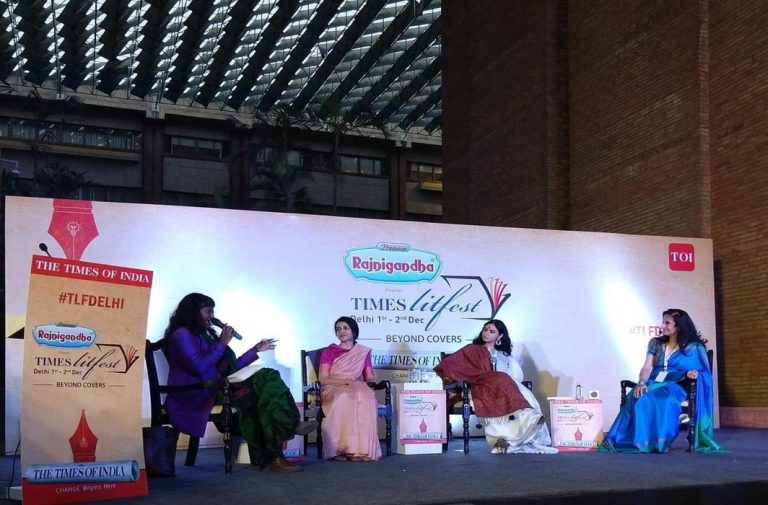 The state of the economy is mirrored partly in the state of the media, mainly to do with advertisers and sponsors with deep pockets. Those pockets are not so deep anymore considering that two much-anticipated literature fests organised by The Times of India and The Hindu, respectively, have been badly affected. The Times of India conducts two major lit fests, one in Delhi and the other, more prestigious one, in Mumbai during the winter months. This year, the Mumbai edition of the Times Literary Festival, scheduled for mid-December, has been called off. In an interview to Scroll, Bachi Karkaria, co-director, Times Litfest Mumbai, said: “Given the economic downturn, it was not economically feasible to host the Times Litfest at the scale and standard to which we had built it.” Meanwhile, The Hindu’s Lit for Life, scheduled for January 2020, has been postponed by a year. Advertising executives say that with the tightening of belts in corporate India, sponsorship of literature festivals is not a priority. More so, considering there are now so many literature festivals being held around the country, all looking for sponsors.

The economy may be on a downslide, but one aspect of Indian enterprise that seems immune to such headwinds is political parties and elections. Almost every day, readers are being treated to full-page colour ads or spreads by political parties or CMs of the three states going to polls—Maharashtra, Haryana and Delhi. That, in turn, is bringing much needed relief to the embattled print media which has seen its revenue shrinking in the first two quarters of the current financial year. With the stakes sky-high in all three, political parties have dug deep into their electoral war chests and are spending big-time. The two main gainers are The Times of India, which has benefitted the most from the Maharashtra polls, along with Marathi publications such as Lokmat and Sakal. Media expenditure has also picked up in the Hindi-speaking state of Haryana where publications such as Dainik Bhaskar, Jagran and Hindustan Times are major gainers. While the Delhi state elections are still a few months away, the AAP government is spending big on print media by buying full-page ads in all leading dailies. A rough estimate says it might spend more than Rs 100 crore on ads. That, coupled with the extra advertising during the festive season, has made a positive difference to the bottomline of many media houses.

Mobile is gaining mobility, literally. According to a new report by exchange4media, over 90 percent of all planning and buying that happened in 2019 for the digital medium was done keeping the mobile device as the advertising destination. The outlook for year 2020 is a growth prediction of 30-35 percent for digital advertising. The research shows that mobile ads are expected to take an astonishing 90 percent of total digital ad spends. The revenue generated from mobile advertising in 2020 is expected to be in the range of Rs 13,000 crore to Rs 13,500 crore.  That is also to do with the fact that India is the second largest smartphone market in the world with a user base of over 400 million and growing. Reliance Jio spurred an internet revolution by offering affordable data, which means that almost every Indian is now hooked on to the internet.

According to a report by inMobi, smartphone video viewers in India are expected to reach 225 million by 2022, an increase of 117 percent from 2018. So, it hardly comes as a surprise that a majority of all digital advertising is now mobile advertising. The report says that factors such as e-commerce, personalisation and technological advancements on smartphones have helped establish the dominance of the mobile in the digital arena, and it can only increase.