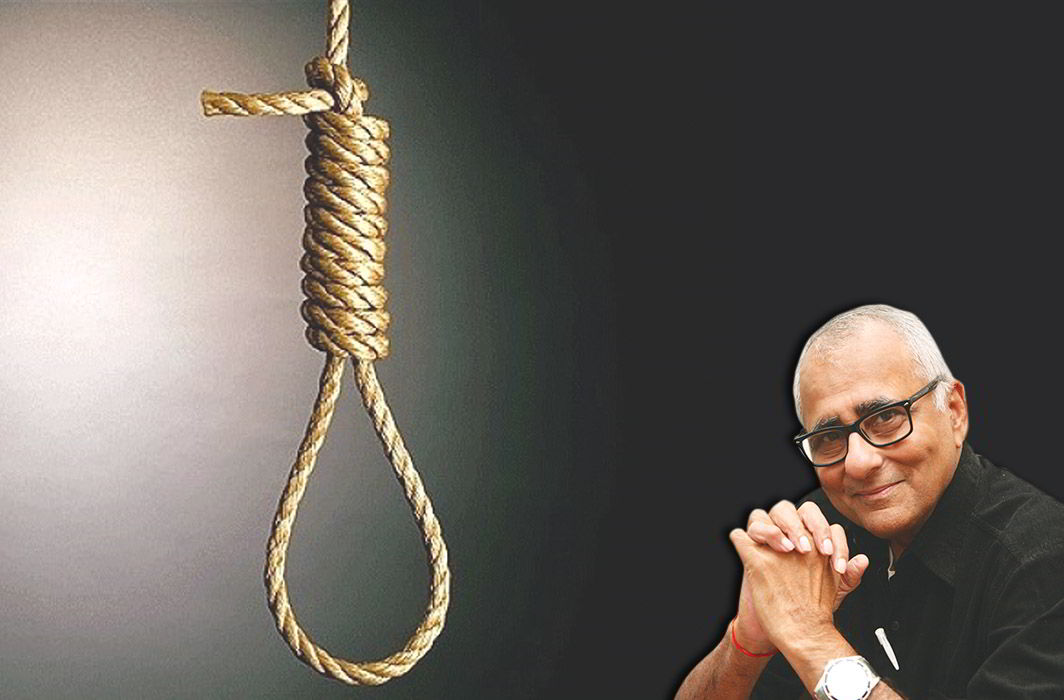 In 2014, I made a courtesy call on then Chief Justice of India P Sathasivam who was due to retire in a week. Without referring to any specific case before him, the judge seemed highly agitated by judicial delays, particularly in the case of death row prisoners who suffer interminable mental torture or even go stark raving mad while awaiting decisions on mercy petitions. “This has to be remedied,” he said. Little did I know that a day later, a bench headed by him and comprising Justices RM Lodha, HL Dattu and SJ Mukhopadhaya would commute the death sentence of Devenderpal Singh Bhullar whose mercy petition had been pending for eight years following a 1993 Delhi bomb blast which killed nine people.

The judges cited Shatrughan Chauhan vs Union of India where “unexplained and inordinate delays” in deciding a mercy petition as well as mental and physical illness were found valid grounds for commutation of a death sentence to life imprisonment. Sathasivam’s last judgment as CJI once again catalysed the judicial and academic community to re-examine the whole death penalty issue. India Legal has tackled this subject in cover stories in the magazine as well as on its TV channel in which we featured guests, including academicians from the National Law University (NLU).

Last week, an important social story that got lost in the political din of the Gujarat elections was a wide-ranging and thought-provoking re-port on capital punishment in India, titled “Matters of Judgment”. It is a unique attitude study on the criminal justice system and the death penalty featuring 60 former judges of the Supreme Court of India. They include Justices AK Ganguly,  Santosh Hegde, Ruma Pal, BN Srikrishna and RC Lahoti, who have adjudicated 208  death penalty cases among them between 1975 and 2016 (see box for full list).

Dr GS Bajpai, registrar and professor of criminology and criminal justice, a frequent guest on India Legal TV shows, said at the seminar at which the report was released: “This report is not as simplistic as we think based on its face value and has to be decoded further with respect to the observations made by the judges. It is said that criminal law is deficient. I would say that it is not that criminal law is deficient but we have failed criminal law. It is the institutions that have failed criminal law in India. Fresh insights are not being imported into the criminal law of this country. It is as if we only like to debate. This study is not the conclusion but like a hypo-thesis which should be taken forward by law researchers.”

Of the 60 former judges interviewed, 47 had adjudicated death penalty cases and confirmed 92 death sentences in 63 cases. Considering that the death penalty represents the most severe punishment permitted in law, “we sought the views of former judges on critical aspects of the criminal justice system like torture, integrity of the evidence collection process, access to legal representation and wrongful convictions,” the study’s authors said in an introduction. The interviews also examined the meaning of the “rarest of rare” standard laid down by the apex court for awarding the extreme punishment in Bachan Singh vs State of Punjab, the appropriate role for aggravating and mitigating factors and the nature of judicial discretion during death penalty sentencing.

The final stage of the report examines the attitudes of former judges to abolition or retention of the death sentence “while exploring their thoughts on recent developments that seek to move away from the death penalty”.

This is not the first time this troubling legal subject of life vs death has been explored in India. In the Constituent Assembly of 1947-49, it was intensely debated, with Dr Ambedkar staunchly opposing the death penalty. In 2015, the Law Commission headed by Justice AP Shah proposed that the country should aim at complete abolition “but as a first step that it be done away with for all crimes except terrorism. Further, the Commission sincerely hopes that the movement towards absolute abolition will be swift and irreversible.”

Nonetheless, the latest study is startling because it reveals an overpowering recognition and widespread anxiety among former Supreme Court judges about India’s criminal justice system because of extensive pervasiveness of torture, fabrication of evidence, the appalling inferiority of legal aid and unjust convictions.

For example, as Dr Anup Surendranath, director of the Centre on the Death Penalty, puts it: “Judges acknowledge the misuse of Section 27 of the Evidence Act as also planting of evidence. They acknowledged that torture was a reality. Only one of them said that it does not exist. Some said that it is expected that something like that will happen. They also acknowledged wrongful convictions. But wrongful convictions were eventually pitted against wrongful acquittals by some judges and were not viewed as independent problems.”

Here are excerpts of the key findings and recommendations of this exclusive survey:

“It is interesting that a significant number of retentionist judges identified abolitionist reasoning. It demonstrates the inescapable force of certain abolitionist arguments, but stark in its complete absence was any acknowledgment of the disparate impact of the death penalty on the poor and marginalised sections of Indian society. In a criminal justice system that is corrupt and violent at multiple levels, the burden on vulnerable sections of society is immense, and it is only accentuated within the death penalty context. As such, it is peculiar as to why this aspect of the death penalty in India did not find any real favour amongst former judges, especially those that were abolitionist.

“The disproportionate representation of the poor, illiterate, and socially marginalised within the death penalty context is abundantly clear in India and other retentionist countries across the globe. The contrast between the discussions on the criminal justice system and the confidence that seems to exist in administering the death penalty in the very same system is striking. The role of harsh punishments within a crisis-ridden criminal justice system is a complex one.

“The challenge really is to comprehend the considerations which drive the death penalty in a system that is plagued with torture, fabricated evidence, and wrongful convictions. As the harshest punishment in our legal system, the discussions and positions on the death penalty must feel the utmost impact of these worrying realities. It is the extreme ends of our criminal justice system, that need to be tempered by the grim reality that the former judges brought out so powerfully (in the first part of the report).

“Ultimately, the fact that their concerns about the criminal justice system has not migrated to their discussion on the death penalty is indicative of the terms on which multiple competing interests get balanced.”