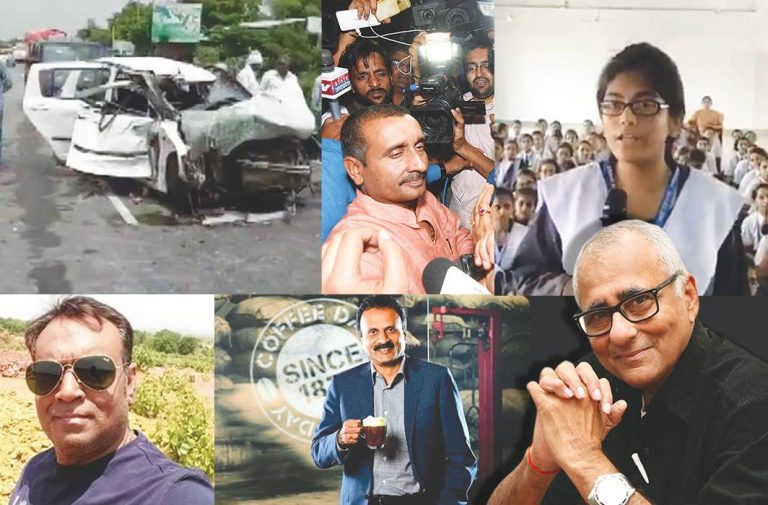 For liberals and progressives across India, the week that was must have been a nightmare. The Unlawful Activities Prevention (Amendment) Bill which allows the government to designate any individual a “terrorist” without trial, thereby giving the state another draconian cudgel to bludgeon critics and dissenters, sailed through a fractured and virtually dismembered Upper House. For control freaks who exult in the concept of authoritarian governance, this came as a double whammy. Earlier, the government had been licking its chops after pushing through amendments to the Right to Information Act (RTI) that would eviscerate one of the most progressive pieces of legislation passed in modern India to enforce accountability and arm the citizen with information with which to expose fraud, waste and corruption.

On the criminal-political nexus front, India watched with helpless horror as a killer truck mowed down a car in which the survivor of the Unnao gangrape was travelling with her lawyer and two family members who were named as witnesses in charges framed against(
now-expelled) BJP gangster-MLA Kuldeep Singh Sengar for the June 4, 2017 crime. The relatives died, while the victim and her lawyer are hospitalised in a critical care facility in UP. This brings the death toll of potential witnesses in this case to four, including the teenager’s father who was first brutalised by Sengar’s thugs after he came to the defence of his daughter and then booked by the cops in whose custody he died of hideous injuries.

On the economic horizon, the distant thunder is getting rapidly louder as the economic follies of the last few years begin to choke off new investment, the stock market plunges, the government looks to SEBI to part with its reserves to bail out a cash-starved government and the taxman—egged on by his superiors in the Central Board of Direct Taxes (CBDT)—to meet unrealistic “targets” set by the political bosses, goes on merciless fishing expeditions with virtually untrammelled powers. Last week, entrepreneur and coffee king VG Siddhartha, founder of Café Coffee Day grabbed the headlines and waves of public sympathy because of his suspected suicide to escape relentless hounding from the Income Tax department.

On the communal front, there are new twists. Mediation as a peaceful way out of the Ayodhya mess came a cropper and so now it is back to the Supreme Court. And guess which organisation topped the story charts in the “Intolerance” column last week? Zomato, the popular food deliver app. A huge #BoycottZomato campaign has been launched on social media, backed by some BJP politicians including Jay Panda, to run this enterprise out of business because it cancelled the food order of a Jabalpur customer who did not “want a Muslim fellow” to deliver him a meal. The bigot is now threatening to file a law suit in addition to orchestrating the boycott hate campaign.

But then, India is always full of surprises. The most interesting one is that there is a pushback against some of these worrying developments. And it is not coming from the Opposition which is in disgraceful disarray all across the country. Let’s start with Unnao. Hurray for the Supreme Court. Standing up to political thugs in a bold display of alacrity, the apex court ordered all the cases being filed in connection with the gangrape as well as murder charges brought after the destruction of the car in which the critically ill victim was travelling, moved to Delhi. This was a hefty slap delivered by the top court to the UP government and its seemingly unassailable chief minister. It reflected the Court’s utter distrust in the state’s law and order machinery and even lower courts to handle the case with integrity and impartially.

Furthermore, it demonstrated to the entire nation the strength of the chief justice of India and the Court when it wants to move rapidly with resolve and determination. The Court passed the final order within 15 minutes without batting an eyelid. It showed that “justice delayed, date given” need not always be the leitmotif of our courts system.

On the economic front, India Inc, which mostly backed and funded the ruling party, appears to be coming out of the woodwork as the economic crisis—some are already referring to it as India’s Lehman Brothers reckoning—hits home. And many of the leading voices are actually linking the “intolerance” factor to the declining economy. Many of them have made Siddhartha’s death a symbol of their protest.

Ex-Infosys Director and CFO Mohandas Pai has come out swinging in The Quint under the headline “Corporate India Is Gripped By Fear And The Reason Is Tax Terrorism”. He said the government has become extortionist and that Income Tax officials are allowed to arrest without court orders. They are terrorised by their own bosses to meet targets.

The treatment given to “victims of tax raids”, he says, “is inhuman, tortuous and illegal”. Occupants of houses, including older women, are locked in their own rooms, not allowed to come out, in order to obtain forced confessions which after decades of litigation are usually thrown out by the courts. “We have heard of these things before in totalitarian Stalinistic states.”

Others who have come out are the icons of India’s manufacturing and service economy, often called the growth champions. Rahul Bajaj, founder and chairman of Bajaj Autos, who has stayed quiet for the last five years, says there is no demand, no private investment. “Will growth fall from the heavens?” He notes that the government may well say otherwise, but he will go by the bleak picture painted by the World Bank and IMF: There has been no real growth for the past three to four years.

His son, Rajiv Bajaj has also criticised the government for its “flip flops” and “grow hot grow cold” policies. He stated—and this criticism should be taken seriously by all who would care to listen—“We will not allow ourselves to be disrupted by the government. We have 90 markets (other than India).”

Said Adi Godrej: “Economic growth has been impacted because of rising intolerance, social instability, hate crimes, violence against women, moral policing, caste and religious-based violence and many other sorts of violence that are rampant across the country.”

And this from Narayana Murthy, Infosys founder, often known as the Bill Gates of India: “Look at what’s happening in different parts of the country. The youth ought to state bluntly that this is not the country for which our forefathers fought.”

Back to Zomato. The company isn’t backing down. In fact, it has been picking up mountains of support in the social media for the public stand it took after cancelling the order to the customer. “Food doesn’t have a religion,” Zomato responded. “It is a religion. We are proud of the idea of India and the diversity of our esteemed customers and partners. We aren’t sorry to lose any business that comes in the way of our values.” Zomato, in fact, got a huge round of applause in terms of social media support from Uber Eats.

One of the most magnificent pushbacks against the horror of Unnao, even as most politicians were either shamelessly silent or in retreat, came from a simple village schoolgirl in Barabanki, Uttar Pradesh. The video has gone viral. This little girl, wearing her school uniform, was participating with her class in an “awareness” interaction organised by her school and police officers. When one of the officials on the dais encouraged the girls to write in protest if they see wrongdoing, this particular girl stood up and gave the police officers a lecture they will remember for a long time.

She tore into the government on the Unnao rape case and drew thunderous applause from her classmates when she said that the truck hitting the car “in which her lawyers and relatives was not an accident. The truck’s number plate had been painted black…If we protest against powerful people and no action is taken, what guarantee is there from any of you that we will get justice?”

Hers was a passionate performance that drew repeated applause from her classmates and left the police officials and teachers absolutely speechless. Hers is a speech that all judges across the country must be shown. Yes, wisdom out of the mouths of babes that offers hope when it is in such short supply is needed more urgently and desperately than ever.

As author Deborah King puts it:  “Our children may be inexperienced, but they’ve seen enough and know enough to rescue us from ourselves, and for that they deserve our thanks, admiration, support, and our prayers.”