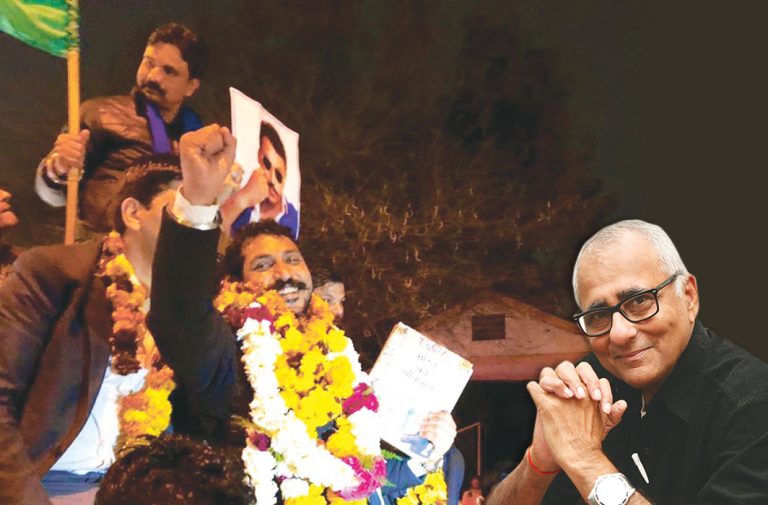 Whenever an Indian judge or magistrate waves the Indian Constitution in the face of an errant official sworn to uphold its precepts, proscriptions and prescriptions in word and deed but fails to do so, it is an act of great majesty and patriotism in its purest form. Indian courts have done so repeatedly even in the face of hidebound recalcitrance by the executive branch. In the iconic Kesavananda Bharati and SR Bommai judgments, the Supreme Court cast in stone the inviolable sanctity of the basic structure of the nation’s founding document grounded in the rule of law and liberties enshrined within specifically articulated fundamental rights.

The nation’s high courts have often taken the lead in endorsing these principles, especially in matters of habeas corpus and prevention of police excesses. In recent years, the Supreme Court has repeatedly asserted—as in the judgments on the tussle between Delhi’s elected government and the centre’s appointed lieutenant governor, and the internet lockdown in Jammu and Kashmir—that the powers of the centre cannot be arbitrarily exercised.

Even as the apex court is seized of matters arising out of constitutional challenges to the legitimacy and validity of the Citizenship (Amendment) Act (CAA) in the midst of snowballing nationwide protests, the lower courts have been quick to recognise and reassert the right of ordinary citizens to launch peaceful public street demonstrations against government policies and initiatives and grant bail to protesters dragged away by the police and charge sheeted under various criminal provisions of the Indian Penal Code (IPC).

The most celebrated case last week was that of the firebrand Dalit leader Chandrashekhar Azad, leader of the Bhim Army. He was arrested some weeks back by the Delhi police for participating in an anti-CAA demonstration that began at the capital’s grand Jama Masjid. His release on bail by Additional Sessions Judge Kamini Lau made headline news not only because of Azad’s high profile but also because of the apparent contrast between the stirring language used by the learned judge in defence of liberty and the right to dissent, and the restrictions she imposed on Azad as a condition of his release.

For starters, the judge completely trashed the police’s claim that Azad had indulged in any destruction of property, violence or had incited violence. She ruled that the police could not back up any evidence on which they based his arrest on December 21. In addition, she scolded the public prosecutor who was opposing Azad’s bail in open court. When the prosecutor read out some of Azad’s social media posts which were used as grounds for his arrest, she noted that these posts merely called for protests against the citizenship law and the National Register of Citizens (NRC) near the Jama Masjid, and there was nothing violent about them.

“Where is the violence? What is wrong with any of these posts? Who says you cannot protest? Have you read the Constitution?” Judge Lau asked the lawyer. “You are behaving as if Jama Masjid is Pakistan. Even if it was Pakistan, you can go there and protest. Pakistan was a part of undivided India.”

Here are direct quotes from her judgments: “(The petitioner) does not claim that he had any permission to hold the protest and claims that he had only read out the preamble to the constitution of India outside the Jama Masjid walled city. In this regard I may observe that for judges, legal persons and the officers under the constitution, the constitution of India is a sacred document, and if this is correct the reading of this document cannot be taken as incitement… And it is We the People of India who are the source of authority of the constitution. We have declared our country to be a sovereign, socialist, secular, democratic republic and to secure to ourselves justice—social, economic and political; liberty of thought, expression, belief, faith and worship…equality of status and of opportunity and to promote amongst us all, fraternity, assuring the dignity of the individual and the unity and integrity of the nation.

“While on the one hand the applicant/accused specifically reaffirms he read out the preamble, whereas on the other hand, the investigating agency claimed that he had made inflammatory statements, details of which have not been placed on record, so much so there is no statement of any eyewitness to affirm the same.

“Secondly, coming to the argument that no permission was taken by the applicant/accused while the call for protest was made. In this regard I may observe that in our democratic set up we have a Fundamental Right to peaceful assembly guaranteed by the constitution, which right cannot be curtailed by the state. However, our constitution strikes a fine balance between the rights and duties…Violence or destruction of property is totally unacceptable…”

But even as Judge Lau found “no direct evidence” to connect (the accused) with damage to public property, she imposed several restrictions on Azad even as she granted him bail on a Rs 25,000 personal bond with two sureties of a like amount. The terms include: